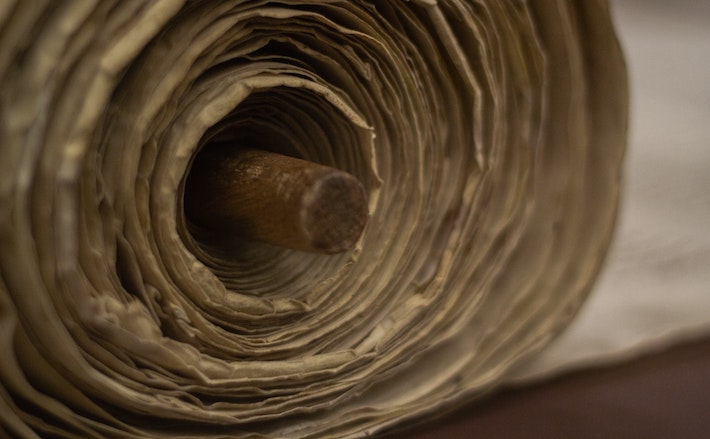 Photo by Taylor Wilcox on Unsplash; licensed under CC0.

Thank you for what you do to delve every week into the Scriptures, to understand what they have to say today, and to put together a vital word of life for your flock.  I am deeply grateful for you.

In two of this week’s Revised Common Lectionary readings, we read about people doing exactly what you do: Reading from the sacred Scriptures and expounding on them in order that their listeners might have ears to hear.

In the first lesson, from Nehemiah 8, the High Priest Ezra and other Levites read from “the book of the law of Moses”—or better, from “the scroll of the Torah of Moses” (which many Old Testament scholars believe was the complete Torah or Pentateuch).  Ezra and his crew of scribes “helped the people understand the law” and as “they read from the book, from the law of God, with interpretation. They gave the sense, so that the people understood the reading” (verses 7-8).  And “the ears of all the people were attentive to the book of the law” (verse 3). All of this happened in a context of re-newed-ness.  The exiles had returned to Jerusalem.  They had just finished rebuilding the walls of the Temple.  They were celebrating what would later be called the Day of Atonement. They were also about to renew their celebration of the Festival of Booths. And into this renewal, the scribes spoke the Word and interpreted for an audience who were attentive to the Word.

In the Gospel lesson, from Luke 4, we read first that following his baptism and time of testing in the wilderness, that Jesus was filled with the Holy Spirit.  He began to roam about Gallilee, teaching in the synagogues there.  When we came to his hometown of Capernaum, he read from the Scroll of Isaiah and he began to expound on the meaning of the words that he had read.  Because of the peculiarities of the lectionary, this story is split up into two.  The second part of the story—which contains the sermon that Jesus gave and how it riled up his listeners so much that they tried to kill him—is assigned for next Sunday.  This week’s reading ends with Jesus announcing, “Today this Scripture has been fulfilled in your hearing” (Luke 4:21).

I want to dwell with you for a moment on the one hand of these two instances of reading and interpreting the Word of God, and on the other hand on the phrase “today . . . in your hearing.” Jesus announced that “today”—as in right now, this very moment—the Scripture had been fulfilled in your hearing.  A number of years ago Gail O’Day gave a lecture on biblical authority whose title was inspired by this phrase. The lecture was published in Word & World as  ‘“Today this word is fulfilled in your hearing’: A Scriptural Hermeneutic of Biblical Authority.” O’Day wrote:

O’Day called attention to the reality that the public “reading of Scripture and the possibility of its interpretation for the community’s present moment generate anticipation and expectation.”  In fact, we could go a little further than O’Day and assert that the public reading and interpretation of Scripture create the possibility for the inbreaking of the Spirit of God. When these three things happen simultaneously—Scripture is read, it is interpreted, and an audience listens with the anticipation that something meaningful will be said—they create the potential for a sacramental moment in which the Spirit of God breaks into the now and brings with it a little piece of God’s preferred future.

This inbreaking may be experienced in many different forms—a spiritually created newness, a christologically curated awareness, a theologically generated openness, and so on. Again, O’Day is helpful, pointing out that the word “today” “highlights the immediacy and temporal specificity of the interpretation of Scripture in the context of a worshiping community. The interpretation of Scripture that occurs in a particular sermon receives its authoritative significance because it happens now, today.”2

So back to you and what you do, Working Preacher. With Nehemiah, with Jesus, you have again the three things necessary for the sacramental inbreaking of the Spirit’s preferred future—the reading of Scripture, your own preaching, and an audience attentive and expectant.  And the Spirit of Jesus will come. In my experience, it doesn’t always come in a Damascus-road kind of explosion.  More often it is closer to Wesley’s strangely warmed heart.  But the Spirit does make its advent.

May God bless your proclamation. And thanks for what you do to preach the Word.