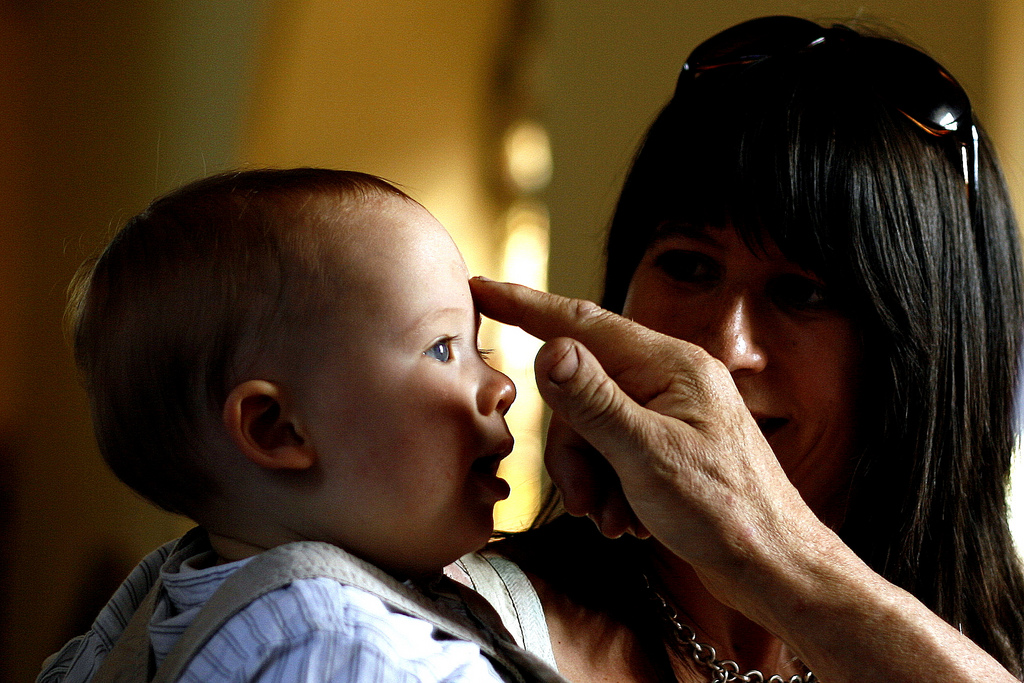 Never underestimate the power of “you,” especially in the second person singular. We know how “you” feels. Like you are the only person in the world. Like someone is paying attention. Like someone means it and means what they say. Of course, its negative is equally powerful, but for the sake of this week’s column on Luke’s version of Jesus’ baptism, I am focusing on “you” in the positive. And, what “you” feels like when you hear it from God.

A quick comparison of the Gospels confirms that only two out of the four Evangelists record this “you” address from the heavens — Luke and Mark. Matthew’s version is the demonstrative third person “this” and any affirmation from God at Jesus’ baptism would make absolutely no sense in John. But before we conflate Mark and Luke, we would do well to wonder what might be the difference between Mark and Luke; what is at stake for Mark and Luke in narrating this story.

This is an essential theme in Luke. Jesus sees those no one else does — the widow of Nain. Zacchaeus up in a tree. Jesus tells stories of persons whose goodness is defined by coming near and seeing those whom most refuse to see, the parable of the Good Samaritan. The Samaritan, who is never called “good” in the parable by the way, is first good because he draws near and truly sees the guy in the ditch. The priest and the Levite? They see, but do not see. They do not see for whom Jesus came. They are unwilling to see those whom they themselves have excluded from God’s favor.

Moreover, the remarkable thing about this “you” is that as soon as we hear it, according to Luke, we are called to see, to acknowledge, to come near, to free, any “you” who has not heard the good news of great joy. The “you” in Jesus’ baptism reiterates the regard for Elizabeth, the regard for Mary. To hear “you” is to be regarded, to be favored by God. That’s what “you” should feel like. And that “you” you are called to say, in Jesus’ name, to others.

The Baptism of Our Lord Sunday can easily digress into sermons about proper baptismal beliefs and doctrines or expositions about the meaning of baptism devoid of any kind of Scriptural foundation. And so, how does Luke’s interpretation of Jesus’ baptism invite us to think about baptism in a specific way; in a way that might even look forward to what Jesus’ baptism truly means for his ministry, and what it means, at least in Luke’s eyes, for anyone who chooses to follow Jesus?

I was reminded of the power of “you” this weekend when I was a guest preacher at a church in the Twin Cities. Saturday night’s service included the baptism of five members of a family and I will never forget the moment of “you.” When the pastor said to Susan (not her real name), “You have been sealed by the Holy Spirit and marked with the cross of Christ forever,” there was no mistaking, mishearing, or misinterpreting that “you.” Tears streamed down the face of this older believer, who never imagined that God’s love could be for her. That is the power of “you.” It was truly one of the most meaningful and powerful baptisms I have ever witnessed.

I suspect you, Dear Working Preachers, know a few “you” stories as well. One more story, if you will indulge me. When I was pastor of a church outside of Atlanta, I ended up writing a dialogue sermon for Baptism of Our Lord Sunday because the church I served was a unique denominational blend, and yet was a Lutheran church. As a result, much of my ministry was education in Lutheranism. The dialogue sermon quoted and paraphrased much of Luther’s Small Catechism so that my congregation would know that baptism is God’s claim of “you.”

Many years later, I “preached” this same sermon with my husband in south Minneapolis, full-blown Lutheran country. After the service, a long time member of the church, 90-year-old Dott (not her name), came up to me and said, “Karoline, is that really true?” “What?” I responded. “That GOD baptizes you?” “Well, yes. This is what we believe, Dott.”

She then told me why she doubted the “you.” Dott had a sister, born too early and not expected to live, about three years before Dott was even born. The only option was to bring her home for her two-to-three month lifespan. During that time, the grandmother baptized her. Then, when Dott’s sister died, of course her parents set up a meeting with the pastor for the funeral. The pastor told them that he would do the funeral, but not in the sanctuary because he had not baptized the baby. The funeral was held in the basement of the church.

Dott then said to me, “Do you mean my sister is okay?” The sister she never met. The sister she had mourned for her entire 90 years. The sister for whom she wondered, “is God really for her?” Oh, yes. I said. The “you” your sister heard, God meant. And God did not, and will never, let her go.

That, Dear Working Preachers, is the power of “you.”