The Necessity of Re-Formation 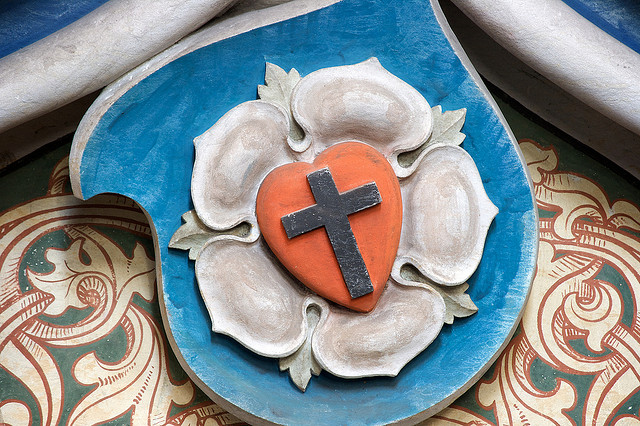 For some of you preachers out there, this Sunday is Reformation Sunday. But I also know that many users of this site will not preach on the Reformation texts. What is a “Dear Working Preacher” author to do?

I decided to go in the direction of writing about reform, regardless of denominational affiliation. Maybe, on whatever text you choose to preach, there will be a reforming element worth exploring? That’s my suggestion for the week. The text you select as the focus for your sermon, view it through the lens of what it reveals about reformation. What does it say about the nature of reform? How does it speak to the necessity of reformation? Why is reformation a part of being the people of God? To what extent is it that to which God is committed and is characteristic of who God is?

Why reform? Not just because this is my denominational affiliation. But because to be a believer, a disciple, well you better expect some serious re-formation.

Over the past weeks, I have been struck by various events in my life that have culminated in this claim or that have caused me to move my reflections in this direction for this week — the Celebration of Biblical Preaching, the inauguration of the new president of Luther Seminary, and getting ready for my oldest child to be confirmed. These may seem like disparate events, but they indicate that our lives, by nature, are reforming. At the Celebration of Biblical Preaching, I, along with a few hundred other preachers, were invited to imagine how and in what ways our own preaching could use a little reformation. As Luther Seminary welcomed Robin Steinke as its next president, the first woman to be elected to the presidency in its history, I found myself reflecting on my own history with Luther, going back to 1957 when my dad moved from Washington state to enter Luther’s class of 1961. My mom graduated from Luther in 1992. I graduated in 1994, not to mention the five other family members who graduated from Luther. And now I think about this institution moving into a time of reformation, for the sake of its history, for its church, for theological education, for its future.

Then there’s my son who will be confirmed on Reformation Sunday. We were working on his faith statement last week. You have to read between the lines, sometimes with a magnifying glass, but he gets that his faith reforms him; that church matters for his formation; that the time he has spent at confirmation, mission trips, the youth musical, choir, etc., has changed him and the future of who he will be.

In other words, it seems that reformation is not only essential for being a believer, but at the very essence of being human. To be church and to be a disciple, to be a member of one and to call yourself the other, is to sign on to constant reformation. This week can certainly be a call to communal or ecclesial reformation but might it also be an invitation to personal reformation?

Reformation can be exciting! It can also be exhausting. It’s exciting when you find yourself witnessing change and newness and hope. You know this. You have seen it in your churches. You have seen it in your Church. You have seen it in yourself. And something quite extraordinary comes out on the other side. But, it’s exhausting when you find yourself observing, even experiencing in your own self, resistance and suspicion and rejection. And you know this, too. For you as a preacher, where are you in need of reform? Is it in a specific task in your ministry? Is it in the ways in which cannot seem to negotiate the demands of life in the parish with the other lives you lead? Is it your perspective? Are you in need of an attitude adjustment?

Read these biblical texts. Reflect on them. And listen for where God is inviting you, your church, our church, into re-formation. After all, God seems to know a lot about re-formation — “ … and the Word became flesh … ”