The God Who Feels — and Feeds 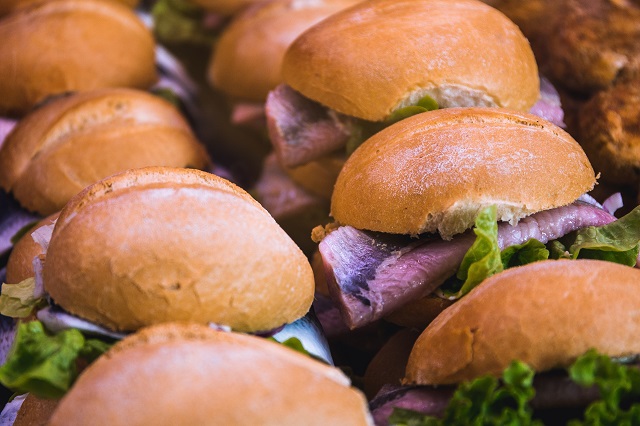 Photo by Pietro De Grandi on Unsplash; licensed under CC0.

Grace and peace to you, Working Preacher, from God the Father and the Lord Jesus Christ, in the power of the Holy Spirit. Thank you for preaching the word of God—whose name is Jesus.

The God who feels

As I consider this week’s Gospel reading, I am profoundly struck by the poignant note of how intensely Jesus feels emotions. The first emotion Jesus feels in this text might easy to miss, because the text implies it without being specific.

The reading begins “Now when Jesus heard this, he withdrew from there in a boat to a deserted place by himself” (Matthew 14:13). What is the “this” that Jesus had heard? The news of John the Baptist’s murder. The passage immediately prior to this reading recounts the murder of John the Baptist at the hands of Herod, Herodias, and her daughter. That section ends, “[John’s] disciples came and took the body and buried it; then they went and told Jesus”—who then in turn withdrew to a deserted place to be by himself. Prior to that, Jesus himself had returned to his hometown, where he faced rejection and where the people took offense at him.

We can only imagine Jesus’ grief and the mourning over the death of John, which was piled on top of the hurt he must have felt at being rejected in his own hometown. According to Robert Frost, “home” is supposed to be “the place where, when you go there they have to take you in.” But not so for Jesus. And then came the news of John’s murder.

Working Preacher, take a moment, as it were, to let Jesus grieve, mourn, and (we can assume based on other passages), to pray.

The text doesn’t say how long Jesus was given to grieve, mourn, and pray. But it wasn’t long, because the crowds followed him on foot from the surrounding towns. When Jesus came ashore, “he saw a great crowd, and he had compassion for them.” Interpreters love to point out the Greek verb here—esplagchnisthe—normally translated as “had compassion,” really refers to a gut-wrenching, intestinal-twisting, visceral emotion of care. In the Gospels, it is never simply an emotion, it is a deep emotion that moves Jesus or another to saving action. It moves the so-called Good Samaritan to save the beaten man. It moves Jesus to heal one man and raise a woman’s dead son. It moves a waiting father to have mercy on his prodigal son. And so on. Here, the deep compassion that Jesus has on the great crowd moves him first to heal their sick,, and then to feed the masses.

But let us not rush past Jesus’ deep emotions.

Although you, Working Preacher, may be accustomed to this portrait of a God who is so incarnate in human life that the divinity feels deep emotions, this concept of God offended (and still offends) some. Aristotle had viewed God as “the unmoved mover.” An “immortal, unchanging being” who initiated and undergirds all of reality, but who never changes. It was this view of God as one unchanging—and in fact incapable of being moved emotionally—that led the early Christian heretic Marcion to declare that the true God, far from being moved, was “a better God, who is neither offended nor does he get angry, nor does he take vengeance.”1

So let us dwell with Jesus—and with the God of the Old Testament—a God who is moved to pity, compassion, anger, outrage, despair, and mercy. This is one of the true outcomes of the incarnation. The Word made flesh is so flesh that he is moved to compassion. And this is good news.

Why is it good news? Among other reasons, because it means that when we suffer and raise our prayers and groans to God, we can rely on the fact that God will hear our words, see our suffering, and that God will care—God will feel compassion for us.

(Incidentally, it might also be bad news for us, because to the extent that we oppress others or contribute to their suffering, it will also mean that God will hear their prayers, see their suffering, and show compassion on them … which might mean God will move against us.)

The God who feeds

Moving from compassion to action, at first Jesus healed their sick and then Jesus fed the multitude.

And to do so, Jesus multiplied the meager resources that his disciples could scrounge up. The disciples wanted to send them away.

I love Jesus’ words in response: “They don’t have to go away. You feed them.”

If you listen deeply to the text, you can hear the disciples’ stammering, flabbergasted astonishment. Stuttering and a little bit outraged, I love the first three words of their response even more than I love Jesus words. They say: “We’ve got nothing.” Well, except for just 2-1/2 fish sandwiches between the 12 of them. Not really even enough for themselves and Jesus. So yeah, “We’ve got next to nothing.”

And with that, Jesus multiplied the food, fed the multitude, and had plenty left over.

Good news. Next to nothing is Jesus’ favorite thing to work with.

God bless you and your proclamation this week. If you feel like you’ve got next to nothing left some days, it is enough. Because Jesus can turn next to nothing into more than enough.