Taking the Fork in the Road 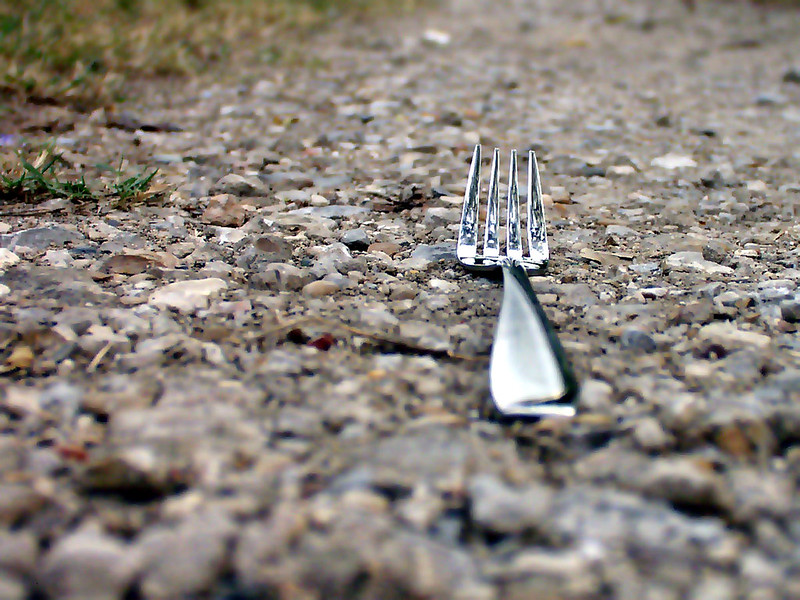 Thanks for preaching the Word, in season and out of season—steadfast, immovable, always abounding in the Lord. Your preaching of God’s Word matters.

Navigating this week’s parable from Luke 18:1-8 calls for the wisdom of not one, but two wise sages from the ages—Yogi Berra and Winston Churchill. From Yogi Berra we learn, “When you get to the fork in the road, take it.” More on that shortly.

But first, a word from Winston Churchill. Churchill once said regarding the Soviet Union, that it was “a riddle, wrapped in a mystery, inside an enigma.” Churchill’s three-storied analogy—riddle inside a mystery inside enigma—came to my mind regarding this text because I detect three levels of frustrating confusion when it comes to figuring out what this parable means.

The riddle—a story about seeking and granting justice

If you’ll humor me and follow Churchill’s analogy for a moment, the innermost level of the mystery is the parable itself, the story or riddle Jesus tells.

The story itself tells the tale of a judge in a certain city who “neither feared God nor respected man (better: human beings).” So if the great commandments are to love God above all else and to love neighbor as self … the judge does neither. And apparently he doesn’t care—his attitude is of cynical disregard—he doesn’t “fear” God or “respect” neighbor.

Jesus’ story continues as he relates that a widow came to the judge and appealed, “Give me justice against my adversary.” The word adversary might mean a plaintiff or accuser in a lawsuit, or might simply mean opponent. In the ancient world, a widow was a particularly vulnerable person—a class of person for whom the just God of the Old Testament demanded particular care and provision. As God had commanded, “You shall not mistreat any widow” (Exodus 22:22). The widow “kept coming” to the judge with this plea.

The parable does not say so explicitly, but seems to assume that the widow’s case is just—that she has been treated unjustly by her adversary.

The judge—who is ironically self-aware about his own character—says to himself, “Though I neither fear God or respect human beings, yet because this widow keeps bothering me, I will give her justice, so that she will not beat me down by her continual coming.”

If the reader stops there—or the preacher chooses simply to focus there—the story is about justice. Or rather about justice and an unjust judge—he’s not corrupt, just ungodly, indifferent, and thus unrighteous. At the innermost level, the story is about human sin as it is expressed in sinful human systems. It is about the particular human sin of one sinner within that system. And it is about the tenacity of a vulnerable person within that system.

But Jesus continues.  He adds, “Hear what the unrighteous judge says.  And will not God give justice to his elect who cry to him day and night? And will he delay long over them? I tell you, he will give justice to them speedily. Nevertheless, when the Son of Man comes, will he find faith on earth?”

At this middle level of complexity, Jesus applies the basic story to the question of divine justice. In the familiar logic argument from lesser to greater, Jesus says that if the unrighteous judge will grant justice if pestered, then God—who is righteous and who does have regard for humanity—will grant justice speedily to the elect, who pray day and night.

But then Jesus asks the question, “when the Son of Man comes, will he find faith?”

At this level, the lesson is similar to the Habakkuk text from a few weeks back. To Habakkuk’s plea for justice, God responded that there will be an answer (a vision), but until it comes the righteous shall live by faith. That is, faith is a way of life—faith is the way of life of fearing God and respecting neighbor and trusting in God’s goodness and power, even while being surrounded by injustice.

A preacher might preach this passage and focus on this level. The clear promise is that God’s goodness and power will prevail in the end. The challenge then is to live in this vale of tears, fearing God, respecting neighbor, seeking to do justice, and trusting that in the end God’s will shall be done.

The enigma—a lesson about persistence in prayer and hope

A final level of complexity (or confusion), is inserted by the parenthetical introduction that the evangelist attaches at the front of the story:  “And he told them a parable to the effect that they ought always to pray and not lose heart.”

Some interpreters take this introduction at face value and emphasize the importance of persistence in prayer. “Pray without ceasing,” the saying goes. The promise is again clear: God hears prayer, God answers prayer in God’s time. It is necessary that we not lose heart.

Well, it’s probably got more prongs than three. I see three main ways of approaching the story. You probably can add three more of your own.

But I’m with Yogi. When you get to the fork in the road, take it. That is, don’t try to preach the story in all of its riddle-in-a-mystery-inside-an-enigma confusion. Don’t try to go down each fork. Pick one sermon—whatever Word the Spirit is leading you to hear-and-speak this week—and give it. In three years, God willing, you can travel a different road.

Thanks for what you do, Working Preacher.