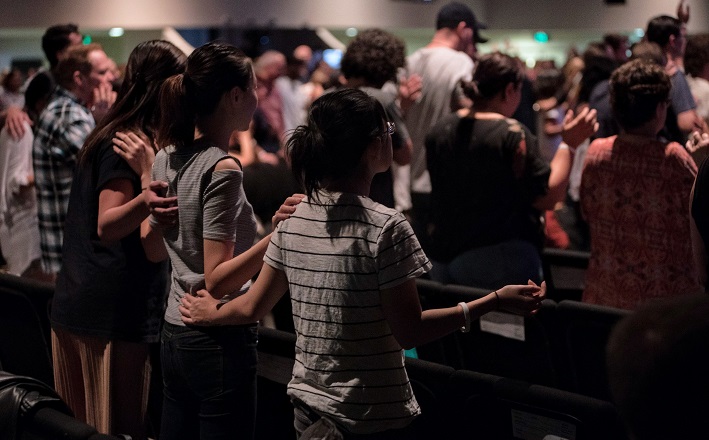 Photo by Matthew de Livera on Unsplash; licensed under CC0.

The news lately here in the United States (apologies to our many international readers) has been full of momentous events, seemingly every week: the horrific mass shootings in Buffalo, New York, and Uvalde, Texas; the ongoing war in Ukraine; the hearings of the January 6 committee; the decision of the Supreme Court to overturn Roe v. Wade; and the long-overdue gun safety legislation recently signed into law.

In the midst of all that, we who are Americans are getting ready to celebrate Independence Day, the Fourth of July. We do so as a country divided by many things: our views on abortion, gun control, politics, vaccinations, etc. The disagreements have caused bitter divisions between friends, families, and church communities.

It may be helpful, then, Working Preacher, as you preach in these divisive times to remind people that Jesus’ followers were not a uniform bunch. They included both Simon the Zealot—someone who, judging by his name, sought to overturn the Roman empire—and Levi the tax collector—someone who collaborated with the Roman empire for his own gain (Luke 5:27-32; 6:15). They included the hotheaded “Sons of Thunder,” James and John, the skeptical Thomas, and the impetuous Peter.

Different as they were, the disciples were united by a common purpose, a common call: “Follow me.” And they “left everything, and followed him” (Luke 5:27-28). And it wasn’t just the twelve apostles. The text for this week speaks of seventy (or seventy-two) others, including, I would argue, women (those mentioned in Luke 8:1-3 and others). Jesus sends them out to heal the sick and to preach the Gospel: “The kingdom of God has come near to you.”

These disciples go out as Jesus instructs them and they come back with joy, having experienced the power of the name of Jesus. “Lord, in your name even the demons submit to us!” Jesus acknowledges their joy and then uses it as a teaching moment: “Do not rejoice at this, that the spirits submit to you, but rejoice that your names are written in heaven.”

Rejoice that your names are written in heaven. It sounds to me like a matter of identity. Do not rejoice because you can do deeds of power. Rejoice that God has called you by name and claimed you.

Identity is a contested issue in Western societies in our age. The phrase, “I identify as…” has become ubiquitous, at least in certain circles. People define themselves by their political party, their race or ethnicity, their sexual orientation, their religion, their fandom, their gender or gender identity, and many other factors.

Identity, it seems, is not a given anymore, as it was to a large extent for previous generations. It is something we construct for ourselves by how we dress, what news outlet we watch, which Twitter feeds or podcasts we subscribe to, which Facebook or Instagram groups we belong to, what we buy, who we spend time with, and countless other choices we make.

This endless and exhausting construction of self-identity grows out of a desire to be our most “authentic” selves (whatever that means) and paradoxically, out of a desire to find “our people,” our tribe. Problems arise, however, when we define ourselves or our tribe primarily over and against the “other.” Republicans of the MAGA (Make America Great Again) variety don’t seem to care much about facts or truth or getting anything done legislatively as long as they can “own the libs.” And some progressive Democrats seem more interested in policing language and thoughts than in addressing everyday, bread-and-butter issues that affect working-class people.

And all of this is amplified by social media and the echo chambers that it creates. Danielle Allen, a political theorist, asked this question at Harvard’s recent commencement: “Why is it exactly that things are so crazy, so complicated, so messy in this country right now? [Because] Facebook broke democracy. They didn’t mean to, it was definitely an accident, but they definitely did.”1

To this “crazy, complicated, messy” situation, our texts speak an alternative vision:

“Bear one another’s burdens, and in this way, you will fulfill the law of Christ.” (Galatians 6:2)

“May I never boast of anything except the cross of our Lord Jesus Christ, by which the world has been crucified to me, and I to the world. For neither circumcision nor uncircumcision is anything; but a new creation is everything!” (Galatians 6:14-15)

These texts, and many other biblical texts like them, teach us who we are. They teach us that our most basic identity is not something that we construct, but something that is given to us from outside ourselves. We are citizens of the kingdom of God. We are disciples of Jesus Christ, bound to one another in love. We are a new creation in Christ. We heard this truth just a few weeks ago:

And that is the beauty of the body of Christ. We don’t look like any other group in the world today. Most of the other groups we belong to are self-selected. We hang out with people who are a lot like us. In the church, we don’t get to pick who comes through the doors, we don’t get to choose who is sitting behind us in the pews. We come together not because we agree on everything, but because we have been called together by Christ.

Our most basic identity does not consist in anything else—ethnicity, nationality, political party, etc. Our most basic identity is as children of God, citizens of the kingdom of God, and disciples of Jesus Christ. Rooted in Christ’s love, we are commanded to love one another as Christ loves us, and to bear one another’s burdens, even and perhaps especially when we disagree about important issues.

The kingdom of God has come near to us. We have been named and claimed and made new in Christ.

Thank you, Dear Working Preacher, for your faithfulness in proclaiming this Good News to this messy and complicated world. May you find joy in the journey.