Shake Off the Dust 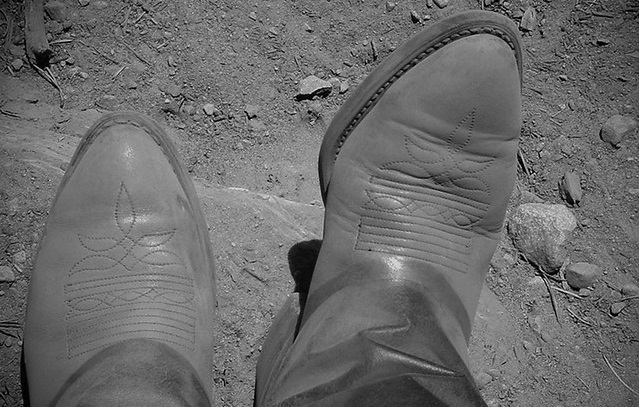 For the first time in my life, this past week I was trolled on Facebook. To be honest, I expected it to happen sooner, but to be totally honest, I never thought I would be the object of such a hurtful comment. Call me gullible, I guess. Or, even when fully aware of trolling, I still find it hard to believe that a person can be like that to another human being. Of course, I know, we are capable of much worse — much, much worse.

The person was responding to an article I shared. On Facebook, Twitter, and here in this column, I have tried to be faithful to my own commitments, to my own truth, to my own faith. If someone does not agree with me, that is fine. That is the nature of discourse, whether intellectual, theological, or personal. There have been many times over the years that readers have questioned my conclusions and we engage in conversation, sometimes intense, but most of the time respectful. But when dialogue devolves into inflammatory and vitriolic remarks, it is demonstrative of a more insidious truth that can be summarized in the following quote I ran across this week by Charles Blow, “One doesn’t have to operate with great malice to do great harm. The absence of empathy and understanding are sufficient.”

What does all of this have to do with the Gospel reading for this Sunday? I think Jesus knows this truth about the human condition. “Whoever listens to you listens to me, and whoever rejects you rejects me, and whoever rejects me rejects the one who sent me” (Luke 10:16). The verb rendered as “reject” has some interesting possibilities when it comes to translation. “To disregard, set aside; to nullify; to refuse, to slight.” Even a slight has the potential to lead to harm. And we know exactly to what end the rejection of Jesus’ words and Jesus’ actions led.

Perhaps our world is really no different than the mission field into which Jesus’ disciples were sent. Human nature hasn’t changed much in 2,000 years. We would do well to do our witness work with eyes wide open and expect rejection sooner rather than later. Those who refuse to see others as Jesus sees them. Those who walk on by, ignoring those left for dead. Those who perpetuate patriarchy and protect their power by any means possible. Those who refuse to see the sin of white supremacy. Those who prop up leaders to save their own skins — in the end do not want the Kingdom of God near. Because when the Kingdom of God is near, it is then indeed when the lack of empathy and the dearth of understanding will be exposed and you can expect the trolls to start their trolling.

It is no accident that Jesus sends his disciples out ahead of him so early on in the travel narrative. There are still nine chapters left before they arrive in Jerusalem. The disciples need to know, they need to experience, both the rejection that Jesus will experience and what is inherent in the gospel itself. They need to understand that not everyone will appreciate, to say the least, hearing that the Kingdom of God is near.

A troll here and there is certainly nothing like Jesus’ faced. Whether it’s rejection of how we interpret Scripture or choose to live our faith, we shake the dust off our sandals and move on. I found it interesting how many Facebook friends responded to the troll’s post quoting this very passage from Luke. And so, the interchange between Jesus and his disciples and the exchange between the troll and me point to a characteristic of the Christian faith hidden between the lines.

To be sure, “shaking the dust off your sandals” is not simply a lesson in morality or a trouble-free rule for Christian living. It is a wider insistence on persistence. You shake the dust off and move on, certain of the truth of gospel. And then you come back the next day and testify to the truth once again. And the day after that. And that’s the hard part. Because the real truth is, not everyone sitting in our pews wants to hear that the Kingdom of God is near. Is that ever an understatement!

I am sure I am not alone when I admit that sometimes it’s just easier to say what people want to hear — most of the time, actually. Rather than ruffling the feathers or worse, risk offending our base, we utter safe generalities, hiding behind palatable platitudes rather than taking a stand or being forthright about what is at stake for us.

And so, I find it comforting that Jesus doesn’t send the disciples out solo. Seventy is a hefty number of colleagues and comrades to accompany you and have your back. We need each other in this thing called ministry, in our call to preach. We shake the dust off and move on — but we never travel alone.