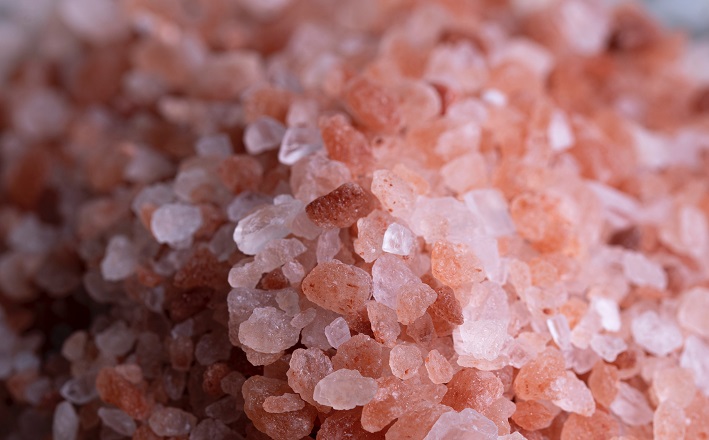 Photo by Jane Gonzalez on Unsplash; licensed under CC0.

Thank you for what you do, as you preach the gospel, lead worship, and bring hope to a world that desperately needs it. I am grateful for all your work.

As Cliff Black writes in his commentary on the Gospel reading for this week, this passage “contains most things that drive the conscientious into a slough of despondence: exorcisms (verse 38); multiple disturbances in the Greek text, footnoted in responsible English translations (verses 42, 44, 45, 46, 49); hard sayings of Jesus (verses 39-41) that are logically incoherent (verses 48–50) or manifestly outrageous (verses 42-47).” I especially like the line about “multiple disturbances in the Greek text”—only biblical scholars get as working up about textual disturbances as they do about exorcisms (casting out disturbing spirits).

There are three “logically incoherent” sayings of Jesus here. First is the saying about being “salted with fire.” As far as I know nobody has ever offered a convincing interpretation of that saying. The closest thing I can think of is that it might be a reference to the reality that all of us will suffer at some point in our lives and we will all face judgement. Second is the saying about “if salt has lost its saltiness.” Salt is a rock. It can’t lose it saltiness. Salt never goes bad. You can’t burn it. If you dissolve it in water and then boil off the water and the salt will still be there at the bottom of the pot … because it’s a rock! Third is the saying about “have salt in yourselves, and be at peace with one another.” Not sure how salt and peace go together, but I am all for being at peace with my neighbors. It seems that maybe the evangelist just threw together three saying of Jesus about salt that he didn’t know what else to do with.

I will say one thing, though. I’ve known a lot of “salty” people. Most of the people that I like the most are at least a little salty. When you meet them, it doesn’t take long for you to realize that there is a real person here. They’re strong people. They have convictions. They might push back at you. They are not ashamed to grab for that last piece of pizza, to finish off the last of the milk in the refrigerator, or to open that bottle of 18-year-old whiskey that you were saving for a special occasion.

And I’ve learned this about salty people—they can and inevitably do lost their saltiness. I’ve seen salty people age. I’ve seen the music of eternity play on until salty people sicken and so die. I’ve seen time’s winged chariot draw near and do its evil work until even the saltiest of person grows so weak and so exhausted that when the angel of death finally arrives, that angel is greeted as the angel of mercy. I’ve seen it with beloved parishioners, favorite teachers, memorable students, and last year I saw it with my mother just before she died.

So maybe, just maybe, it’s fitting to think about “salt losing its saltiness” in regards to people rather than rocks.

What is to be done when salty people lose their saltiness?

Well, maybe God will “salt them with fire”—with the salt of the Holy Spirit, that is. Because if the New Testament scriptures are true, even death will not have the last word. As Paul wrote at the climax of what for me is the greatest chapter he ever penned:

[F]lesh and blood cannot inherit the kingdom of God, nor does the perishable inherit the imperishable. Listen, I will tell you a mystery! We will not all die, but we will all be changed, in a moment, in the twinkling of an eye, at the last trumpet. For the trumpet will sound, and the dead will be raised imperishable, and we will be changed. For this perishable body must put on imperishability, and this mortal body must put on immortality. When this perishable body puts on imperishability, and this mortal body puts on immortality, then the saying that is written will be fulfilled:
“Death has been swallowed up in victory.”
“Where, O death, is your victory?
Where, O death, is your sting?”
The sting of death is sin, and the power of sin is the law. But thanks be to God, who gives us the victory through our Lord Jesus Christ (1 Corinthians 15:50-57).

Our bodies are indeed perishable, they are mortal, we will all die one day. We will lose our saltiness. But God the Father, through the Lord Jesus Christ, will season us and salt us with the power of the Holy Spirit. And our perishable bodies will put on imperishability, our mortal bodies will put on immortality, and we will be salty again—at peace with God and one another.

So put that in your juice box.

Thank be to God, who gives us the victory through our Lord Jesus Christ.

And thank you, Working Preacher, for the care and passion you bring to your calling—to announce the reality that in Jesus Christ the kingdom of God has come near. And those with ears to hear will indeed hear; those with eyes to see do indeed see.