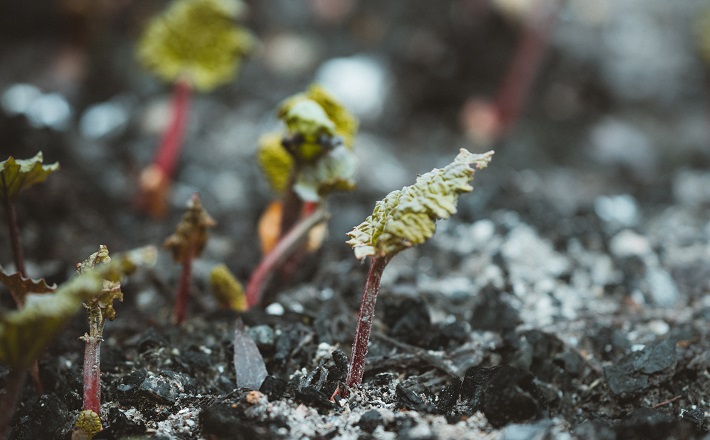 Photo by Annie Spratt on Unsplash; licensed under CC0.

Luke 20:27-38 comes in the narrative of Jesus’s final days in Jerusalem, where his ministry of bringing good news to the poor and freeing the oppressed will abruptly end with his crucifixion. His death sentence will result in part from conflicts with representatives of various groups of political and religious leaders, who question his interpretation of Torah, his authority to teach at all, and his loyalty to the Roman Empire. Jesus responds by continually turning the tables on his interlocutors, showing them how the reign of God that he proclaims upends their expectations of God’s work in the world.

In this context of his impending death, some Sadducees pose a question to Jesus about the resurrection. Unlike the Pharisees, the Sadducees did not believe in an end-time resurrection of the dead—a conviction clearly noted at the outset of the passage (Luke 20:27). This signals that the question they subsequently pose to Jesus about the details of resurrection life has a purpose other than to learn new information or rethink their current position on the afterlife.

The specific scenario they raise apparently involves “levirate marriage,” described in Deuteronomy 25:5–10, in which the brother of a deceased man is to marry his brother’s widow in order to produce a child who will perpetuate his brother’s name. They portray an extreme situation in which a woman cycles through seven brothers as husbands who all die without having a child with her, then she herself dies. The Sadducees then ask Jesus whose wife the woman will be in the resurrection, since all seven had her as his wife in this life. They appear to be setting Jesus up for embarrassment or to discredit his teaching, since any attempt to answer the question at face value would reveal the ridiculousness of belief in an embodied resurrection. Would this play out like a bad eschatological episode of The Bachelorette, in which the woman never has the option to narrow the field of suitors down to just one?

Jesus’s response to this preposterous question is striking for a couple of reasons.

First, one might be surprised that he responds at all. Assuming he senses that the Sadducees’ question is less-than-sincere, he might simply walk away. But Jesus is known for his willingness to engage even those who misunderstand or outright oppose him.

Second, Jesus’s response not only affirms his conviction that God does in fact raise the dead, but does so by showing that the same Moses to whom the Sadducees appeal for the law of levirate marriage also spoke of the reality of the resurrection. In addition to portraying Jesus as a skilled interpreter of the Torah, this move also identifies some common ground between Jesus and his interlocutors that might possibly allow him to expand their thinking on the matter. If the concern expressed in levirate marriage is for a man to have a type of “afterlife” through his offspring, then Jesus shows how this hope is ultimately realized in a new age characterized by God raising the dead to imperishable lives as “children of God” (Luke 20:36). If it were not so, then how could Moses speak of the Lord as the God of Abraham, Isaac, and Jacob, who all died before Moses lived, since God is God of the living, not the dead? In fact, Jesus declares that the very issue that brought about levirate marriage—death—will itself be abolished.

Jesus thus moves beyond simply clarifying a point of doctrinal debate among first-century Jewish people to refocusing his audience’s attention on the very character of God, who graciously gives eternal life that is more glorious than anything humans know in this world or even have the capacity to comprehend. God is the Merciful One who makes people worthy to enter the age of the resurrection through the life, death, and resurrection of Jesus. The Sadducees, the Christians Paul addresses in 1 Corinthians 15, and many people today have a hard time envisioning a bodily resurrection. But the good news is that the limitations of human imagination do not constrain God’s ability to create the “impossible.”

Jesus’s response to the Sadducees ultimately draws all who listen into the big picture of the eschatological future that God calls us into and that was already being ushered into the world through Jesus’s proclamation and enactment of God’s reign. Jesus’s affirmation of resurrection life while facing his own death makes it all the more powerful. Not only does it give credible assurance that death is not ultimate, but it also places in proper perspective the disagreements and trials people face in this life, calling them to focus on the faithfulness of the God who brings new life out of all sorts of deaths.

Working Preacher, might find yourself at times in a position like that of the Sadducees (or even Jesus’s closest disciples) when you ask Jesus questions and do not get direct responses, or discover that he is actually disrupting the underlying assumptions of your questions. Or perhaps the new, transformed life Jesus promises seems like a fantasy amidst illness, death, or conflict in your church. Let this week’s text encourage you that the Risen Christ is present and working to bringing healing, hope, and direction in ways you do not always see or that you may not currently understand. Like with his response to the Sadducees that invited them to think beyond the constraints of the current order of things, perhaps Jesus will help you see possibilities not yet imagined and defy your expectations.

This text can also help you consider preaching right before the midterm election in the United States, which has produced its fair share of contentious rhetoric and has highlighted—or even exacerbated—divisions among various groups of people in an already polarized society. Drawing on Jesus’s example of identifying common ground, you might remind your congregants that they worship the same Triune God as do all other Christians, no matter their political affiliations, and that we see glimmers of the resurrection life we will one day share when we love each other amidst our differences now.

In a context where many people ask questions or debate not to genuinely understand the views of another but rather to prove the correctness of their own position, you might refresh people with a beautiful portrait of the God who gave his own life to break down all human barriers and to create new life and relationships out of our brokenness.

An Ever-present Help in Trouble