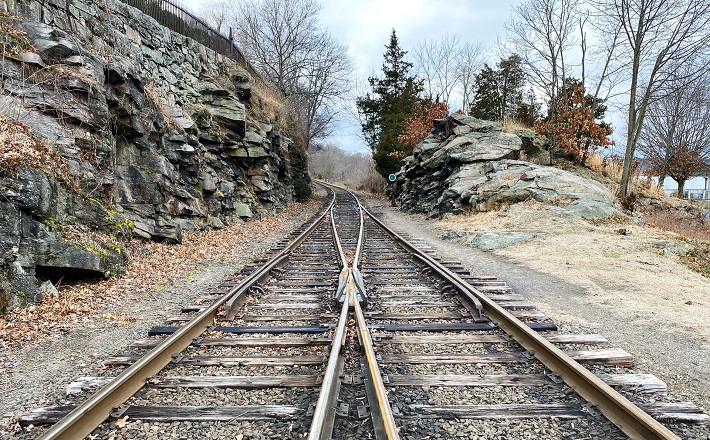 Photo by Lance Grandahl on Unsplash; licensed under CC0.

It’s easy to chastise James and John for their tone-deaf request of Jesus. Mark makes it hard not to. We all know that Mark’s portrait of the disciples does not have them faring very well. Even Matthew sought to rescue their reputation.

But before we jump on the blame-game bandwagon, let’s take a step back, if for just a minute. And not just a minute to see the proverbial log in our own eye, but a moment to take stock of what might be going on with these two followers that could be more than another example of discipleship cluelessness.

After the last twenty months, I am experiencing something different in this story. Something I should have anticipated, right? The world has been turned upside down. And upside-downness results in—or at least it should—new hermeneutical and homiletical insights.

James and John are not ill-informed or ignorant. They’ve witnessed Jesus’ miracles and listened to his teachings. They are on the other side of three passion predictions. They have been given hint after hint that following Jesus is likely not going to go the way we expected. What didn’t they see? What didn’t they get?

James and John are doing what humans do best—hoping and praying that the world has not and will not change as much as it already has and as much as they know it will. But there is no return to what once was after the heavens were ripped apart. There is no going back to life before the storm.1

But we try. And we have been trying. Hoping and praying that the last twenty months are a mere blip in congregational life. A bump along the ecclesial road. We are more like James and John than we care to admit. We fall back on what we know—what’s comfortable; how the world always worked. For James and John, that meant glory as hierarchy and power as prestige. For the 21st-century church, it’s the same, along with a denial of the truth and a doubling down on a kind of privilege it never should have exercised in the first place.

But what once was is not working anymore. We know that. Deep in our hearts and souls. And we don’t know how to fix it.

Believe me, I understand. After a spring semester in lockdown, quarantine, and zoom teaching and then a year of sabbatical, I am back to teaching the foundations of biblical preaching course at Luther Seminary. It feels like the fall semester of 2007, my first year at Luther—I have no idea what I am doing (don’t tell my students!). I know I can’t teach preaching the way I used to because what it means to preach is undergoing a seismic shift and I don’t know how to fix it.

You can’t go through a convergence of politics, protest, and then a pandemic and not have everything you do, everything you have believed in, be called into question. We are living in—and all that living means: working, parenting, relationship-ing, caring for parents, trying to care for ourselves, looking for joy, accompanying the suffering, crying out against injustices—in the middle of trauma (individual, collective, global); in the midst of merging crises.

We could hear this as depressing, demoralizing. “The sky is falling”—or, at least that’s what preachers keep being told. “The numbers are bad.” So, get out there, recruit more members, show people what they have been missing—oh, and make sure they are younger and more diverse than your current membership. “Denominationalism is dying.” So, be even more whatever you are, there is safety in default, and that should solve the problem rather than ask how our denominations might be undergoing reformation. “We are living in a time of rapid cultural changes.” So, figure out how to adapt, innovate!—instead of asking how the “institutionalization of the church, the colonializing of the calling of Jesus, the growth of numeric Christianity, really was the providence of God or actually an extremely long detour from our true mission.”2

However, by crisis, I don’t mean “the sky is falling” kind of crisis but have in mind a less operative definition—crisis as a decisive and definitive moment. An acute moment for decision and discernment. It is this kind of moment for James and John—for all the disciples, for us. It is no accident that this story gets told when it does—immediately before the healing of Bartimaeus, whose regained sight propels him to follow Jesus on the way. And, just before the crisis moment in Mark’s narrative. Once Jesus enters Jerusalem, the world as we have known it will change forever. There will be no going back to life before an empty tomb.

When we don’t have answers or there don’t seem to be any answers in the immediate future, our human evasion is to “partner with power” rather than “hold hands with humility.”3 But maybe this is the time, or at least this is the Sunday, to remember that when the heavens were ripped apart, the Spirit was let loose into the world, descending from firmament’s fissure and into Jesus.

It would be that same Spirit who would be present with Jesus in the wilderness, on the cross, and in that cold, dark, and seemingly hopeless tomb.

It would be that same Spirit who would stir the hearts of Mary Magdalene, and Mary the mother of James, and Salome to go back to that grave and look death in the eye once again.

And it is that same Spirit who is in and among us, with us and beside us, calling us to repentance—to change our perspective, to see what can be, to trust that the kingdom of God has come near and still is (Mark 1:14-15).

It is that same Spirit who is inspiring God’s church once again to lead from and preach the gospel we know to be true: our God is here. Believe in the good news.