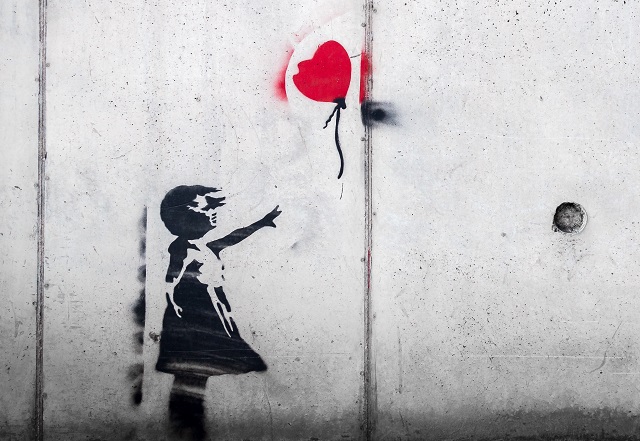 What a month to come through as we turn toward All Saints Day, dear Working Preachers.

Some of you will know that I recently moved out of the first year of my mother’s death. As that anniversary passed, her 93-year-old first cousin (one of my favorite second cousins—with whom I was to spend this week visiting) died. I suspect I’m not alone in gasping at the recent deaths of Diahann Carroll, Jackie Hernandez, Harold Bloom, Karen Pendleton, and Elijah Cummings. My list, like the one in your congregation, represents a particular experience.

The grief of loss, we know, is nonetheless universally shared. The power of shared lament is consoling. The prospect of healing brings hope. And a glimpse of peace is praiseworthy.

In his book Divine Conspiracy, Dallas Willard suggests that Jesus’ words of blessing provide description rather than prescription. A glimpse of what is, as well as what is to come. Willard’s reading of the Matthean account invited a reconsideration of the Lukan account of woes and blessings. According to the introductory account provided to this point in the narrative, Jesus now has a following of curious seekers, cynics, skeptics, and saints; as well as a small band of followers who were privileged to an insider’s view of most all the encounters of Jesus before the edits left for those hearing the accounts as told after of the Resurrection.

For those who were the first to set their hope in Christ (yes, I stole the phrase from the epistle reading!) the tone in this prophetic proclamation by Jesus began to reframe the reality before them. The crowd of listeners recently healed of disease included others who may have never felt that the crowds in which they gathered had voice or influence to change their situation, individually or collectively.

Yet in these brief encounters with Jesus—to use the words from Matt Skinner’s commentary—their hearts were satisfied and their minds unburdened. It is as if Jesus is giving words to their experience.

As we see throughout Luke’s account, the writer does not leave out those who sensed an upheaval to their class-conscious existence. They rightly sensed that a system that offers access to resources to the poor, hungry, and otherwise outcast would compromise their status. Those who believe that the disadvantaged are somehow deserving of their social displacement cannot comprehend a world where those who seek God’s peace find it in this life. Yikes!

Pay attention to who comes near to hear the words of Jesus because they first found healing in his name. Consider that such a gathering would look like today. Is it possible for one community to sustain the heart hungers of both the Ph.D. and the GED? The unwed mother and the home-schooled adolescent? The migrant worker and the stockbroker?

Are those who follow Christ capable of forming a community for the pedophile and the rape victim alongside the state senator and the corporate CEO? Consider also whether the church has been compliant with how our market-driven culture has divided these image-bearers of God into consumers who ought to be segregated by age, race, gender, and economic status. How might Jesus’ words be blessing and woe if it suggests today that we must turn the other cheek, and that they are invited to the table?

With this in mind the good news might be a harder word than the apocalyptic readings of Ancient Israel during their captivity in Babylon.

The difficulty of Daniel might be parallel to introducing someone to the Marvel Universe through Deadpool. Those who have immersed themselves in the series fail to comprehend the confusion. And there is the rub: How to convey this biblical literature in such a way that people of this book desire to immerse themselves in all of its writings!

The verses from Daniel 7 assigned for All Saint’s Day serve more as a teaser than sound bite. As a genre, apocalyptic writings—no less than late night comedy or the talking heads of cable news—expose the political realities of the day. On this festival, a heightened sensitivity of the grief we individually and collectively experience should temper the prophetic witness with a pastoral voice. The loss of a mentor or mother, congressman or colleague, sibling or celebrity impacts how we gather this season as a worshiping community.

Be mindful of the need for hope in the midst of real hurt as you point beyond the rulers of the world to the reign of the Most High. Naming the deaths resultant of our social and political systems can be a shared grief observed. Naming the promise of God’s reign of justice and peace is hope. Revealing evidence of the brokenness made whole is good news!

The letter to the Ephesians is no less a counter-cultural pronouncement in a political and social context where the good news of Christ’s authority quietly yet radically overshadows the culture’s capacity to oppress and disenfranchise.

This community gathered in the name of Jesus has access to an inheritance far greater than made available by those whose rule and power is dependent on maintaining a system of haves and have-nots. The portion of this letter selected for this week is a reminder than someone prayed for them. Now, we who remain standing in the struggle can pray for others. To pause to seek God’s wisdom is the ultimate submission to God’s capacity to set things right.

Such a posture can seem as fruitless as pausing to grieve. In reality, stepping back to acknowledge our need of divine intervention can serve as an invitation to glimpse the strength we exhibit to dare to be identified as a follower of Christ when everyone else seems to clamor toward gaining a seat in the systems that have repeatedly failed us.

The church has always been a ragtag group of misfits who hold to the confidence that the God who raised Jesus from the dead has immeasurable power “far above all rule and authority and power and dominion, and above every name that is named, not only in this age but also in the age to come” (Ephesians 1:21).

This hope is in the word of promise made by the God of Ancient Israel who became flesh and lived among us in Jesus. Take care then, in reading the Psalm, to linger in the praise rather than allow grief and righteous anger turn our words and actions into a display of vengeance that resembles the wickedness we rightly critique. Gaining power to use it as a sword against our enemies ignores the invitation offered by Jesus in the Sermon on the Plain. Rather than dismiss the privileged of our day, let your words invite the comfortable to mourn with us who mourn.

As we observe the loss of person, place, and position, may we together glimpse a gathering of sinner and saint, cynic and seeker, burdened and healed that is a preview of the banquet table prepared for us in the reign of God.