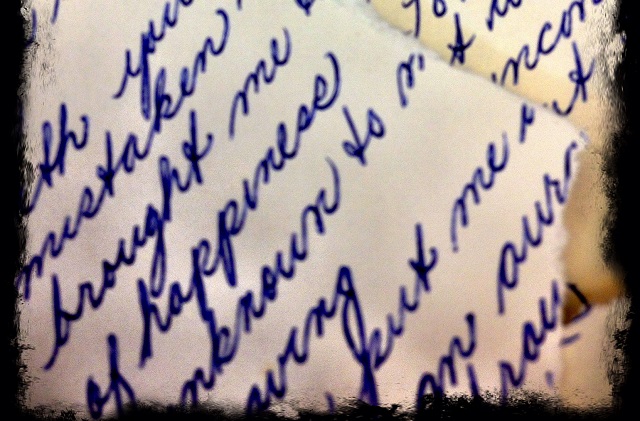 “Whoever does not abide in me is thrown away like a branch and withers; such branches are gathered, thrown into the fire, and burned.” – John 15:6

Perspective is everything. Interpreted as judgment, this verse is trotted out as validation for salvation only through Jesus. Coupled with 14:6 (“No one comes to the Father except through me”), it appears that the Gospel of John is hell-bent on making sure that those who do not believe in Jesus are destined for the fiery furnaces of hell. Sad. Because nothing could be farther from the truth.

One of the primary characteristics of biblical preaching is that the biblical text is actually read. I know, a novel idea, right? But it’s quite extraordinary how much preaching I hear that says it’s biblical when clearly the interpreter’s theological commitments have usurped the text. This is a passage from John. These are the consequences of separation, not statements about a lack of righteousness. This describes the reality of disconnection, not the determination of who is in and who is out.

Quite simply, Jesus’ words here to his disciples are not vilification of others but truth for the disciples who need to hear the Truth more than ever — the Truth that is Jesus’ presence no matter what. We forget that these words are Jesus is at his pastoral best, uttered in the middle of the Farewell Discourse. These chapters are promises to friends from a friend saying goodbye, not punitive statements meant to solicit fear. Without Jesus, without being attached to the true vine, we will wither and die. This is a declaration of fact, not a pronouncement of retribution.

I find it more than fitting that Jesus’ last predicate nominative “I AM” statement in the Gospel of John is the image of the vine. He leaves his disciples with a picture of their relationship that communicates the unquestionable connectedness between them and Jesus, even in the face of Jesus’ absence. It is an image of absolute dependence, certain reliance, and a binding relationship that is severed only when we choose to walk away. The only judgment here is on us — when we decide to abscond from abiding in Jesus.

I also think it’s fitting that we hear this passage in the season of Easter. Yes, I know, it can be odd to imagine that we have gone backwards in time, to the night before Jesus is arrested in the garden when we are in the season after the event. But more often than not, we forget that Jesus was talking about resurrection way before being resurrected. “I am the vine and you are the branches” is a paraphrase of “Christ is risen, he is risen indeed.”

And so, here is where I sit in all of this — how poignantly and powerfully Jesus names what it feels like when relationship might be different, might be cut off. Imagining a separation from a relationship is indeed a withering feeling.

For me these days, it’s the anticipation of sending my oldest son off to college. Not that I would ever say Jesus’ words to him! Ha! Nor would I insist that I am the vine, he is the branch. It’s more mutual than that, more reciprocal, isn’t it? We’ve been talking about what it would mean for him to go to college in a state a few states over from Minnesota. Would he be able to come home and how often? How would he stay connected with us, with his friends? Of course, I had to tell him that when I went to college, halfway across the country from California, there was no email, no internet, no cellphones, no texting. Instead, a once-a-week phone call with my parents which cost a fortune and snail-mail letters from my dad, many of which I kept. Perhaps connection is easier to find these days than before. Or maybe it’s just different.

I find myself wondering how Jesus felt when he said these words — how much it pained him to think about leaving as well as thinking about how one of his friends might leave him. After all, Judas has already left and Jesus has predicted Peter’s denial. And here, Jesus begins to talk about what that feels like. I am realizing in all of this that I have been both vine and branch and that life is about going back and forth between the two.

In other words, if we decide that these words of Jesus to his disciples are exclusively exclusive claims, determined to disseminate dread and to insist on insider status, we will miss a lot — a lot about what it means to be a disciple, a believer, a human being.

Because here is Jesus, being a human being. Recognizing that saying goodbye is damn hard. That having in sight a soon-to-be severed relationship brings about a kind of acute atrophy. That looking ahead toward leave-taking brings about its own kind of fear — of change, of a loss of belonging, a loss of being needed, a loss of those who center us, anchor us. That without that connection, of the vine with the branches, of the branches with the vine, there is a wilting, a waning, a wanting. I know that withering. Do you?

So, Dear Working Preachers, hear these words that are comfort, not condemnation. That are reassurance and not rejection. That are invitation and not abnegation. Without Jesus, being connected to Jesus, to the vine, a life filled with resurrection all around is not possible.