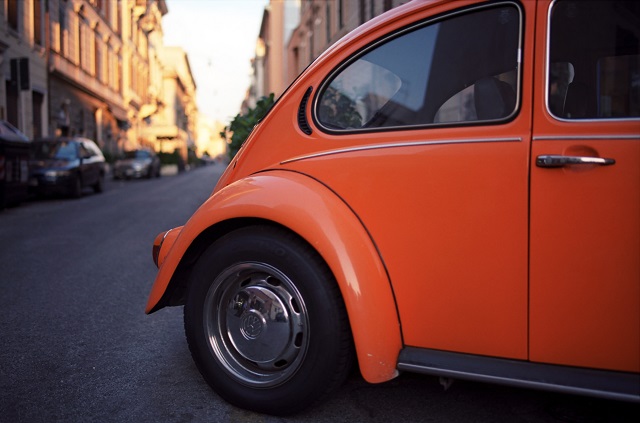 I open this week’s letter with a question for you and then a word of thanks. The question: How many orange cars or trucks did you see on your last drive of over ten minutes. Did you see any? Think about it for a second.

And now the word of thanks. This week, as the curtain falls on another liturgical year and we observe Christ the King Sunday, I am grateful for the work that you have done this past liturgical year to preach the gospel of Jesus Christ, announce the kingdom of God, and bear witness to the movement of the Holy Spirit.

Thank you for preaching the law in the face of antinomian chaos, for teaching justice in a world of deep injustice, and for calling people to take up the cross and follow the crucified one. Your work matters. Thank you.

The counter-cultural cry: The lamb reigns

As I turn this week to the end of the year and Christ the King Sunday and to the Scripture texts for this Sunday, my mind is captive to the counter-cultural proclamation of the church that the crucified one reigns. Our job, like the criminal on the cross, is both to recognize Christ as Lord and also to beg for entry into the cruciform reign of God.

It is fitting that the church ends its year by announcing the reality of the kingdom of God and lordship of Christ precisely in the midst of a world in which God’s kingdom can seem so far away and in which it so often appears—on the surface—that either nobody rules this sin-burdened world, or some evil force does so.

But the church’s witness is—counter to what the culture sees—that there is a grace-filled, crucified-and-risen, forgiving, spirit-transforming lord whose reign is both here and yet coming. It is all around us and yet still not fully present. It breaks in all the time and yet we await its fullness. Its message is: The lamb of God reigns.

In one of the dominant liturgical traditions, the weekly liturgy begins with a “Gathering” section that moves from the opening hymn, to the Kyrie (“Lord have mercy”) to the Hymn of Praise (either “Glory to God” or “This the Feast of Victory for Our God”). I used to find the language of the “This is the Feast,” well, a bit odd. Check it out, it comes from the Book of Revelation:

Blessing and honor, glory and might
Be to God and the Lamb, forever. Amen. (Refrain)
For the Lamb who was slain has begun his reign.
Alleluia. (Refrain)

As I just mentioned, this language used to seem odd to me. All of this talk about “the lamb who was slain” and “power and riches, wisdom and strength, and honor and blessing and glory . . . (and) Blessing and honor, glory and might.” And so on.

I wondered, “Does this language make any sense in the 21st century?” What would a visitor think of this strange language? Why choose the image of “the lamb who was slain” and sing that every week? And why all this language about heaping up honor and blessing on the lamb through our worship?

And then, finally, it started making sense.

In the Roman Empire, there was no more shaming, dis-honoring, dis-empowering way to execute someone than crucifixion. A tribute was a parade of honor for a powerful and mighty hero. A crucifixion was a parade of shame for a powerless, might-less, weak, inglorious loser. And that is what the Empire did to the Son of God. He was forced to carry his own cross in this parade of shame. He was crucified, he was mocked, he was beaten—and then, in the midst of all of this, he was worshiped by one of the thieves who was crucified with him:

“Jesus, remember me, when you come into your kingdom.”

And this Jesus, who was crucified, God then raised from the dead and set at God’s right hand—from where he has begun to reign. He has come into his kingdom!

God’s creation is not ruled by tin gods and human tyrants, nor by spiritual powers that oppose God’s will. God’s creation is ruled by the Crucified One—who was shamed to death by the Empire, but whom we gather to proclaim as Lord and to whom we give praise, honor, blessing, and worship.

The church sings, proclaims, and preaches that the Lamb of God has begun his reign. We do so every week in worship. But we do this especially on Christ the King Sunday. Like the criminal on the cross, we see in the Crucified One not a loser shamed to death by Caesar and his forces, but the Lamb of God who was slain and whose reign has begun. The criminal on the cross was able to get a glimpse of that reign and to beg Jesus to be included in the kingdom.

On orange cars and glimpsing the kingdom

So back to orange cars. How many do you remember seeing on your last car drive? If you are like me, the answer is zero. But now, go out. On your next five car drives, look for orange cars. Or yellow. Some strange color. And you will see them. Because they are there.

When it came to glimpsing the kingdom of God in a world in rebellion against that kingdom, the criminal on the cross was like a person who sees orange cars all the time. Once you start looking for orange cars, you will see them all the time.

Our calling is to train ourselves—and our flocks—to see those glimpses of the kingdom to come. For the lamb who was slain has begun his reign. Our prayer is that we might be remembered in that kingdom.

Thanks for all you do, Working Preacher.

In Jesus Christ, the Lamb,