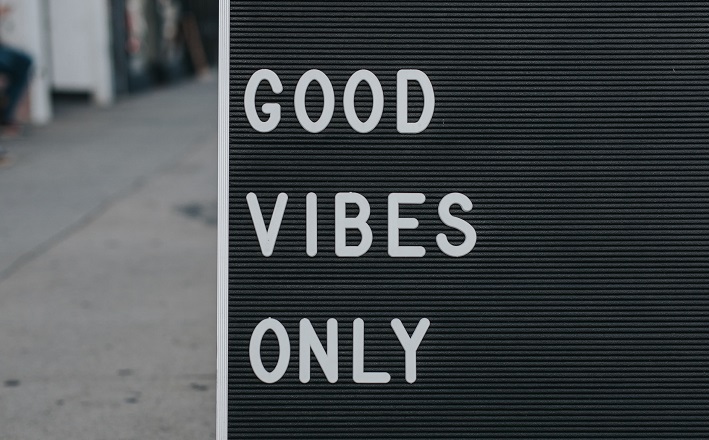 Photo by MARK ADRIANE on Unsplash; licensed under CC0.

This week’s thematic lectionary reading from the book of Amos provides an extraordinary window into prophetic vocation.

Amos has gone up from his homeland of Judah to the northern kingdom of Israel to prophesy God’s judgment against King Jeroboam. The priest Amaziah is furious that Amos would dare cross the border and come to Bethel, the king’s sanctuary, to speak words against Jeroboam, rather than in his favor. He tries to chase Amos out of the sanctuary, telling him, “O seer, go, flee away to the land of Judah, earn your bread there, and prophesy there; but never again prophesy at Bethel, for it is the king’s sanctuary, and it is a temple of the kingdom” (Amos 7:12-13).

Amaziah’s words at Amos 7:13 remind me of a sign that I used to see on Interstate 20 as I crossed from Alabama into my home state of Mississippi. In the 1990s the governor ordered a slogan to be appended underneath the “Mississippi Welcomes You” signs: Only positive Mississippi spoken here. Although it’s true that Mississippi’s rich cultural traditions—particularly in the realms of literature and music—often go unheralded, the state also has a gruesome history of entrenched poverty and institutionalized racism with which it must still reckon today. The highway signs made clear that any moves toward such a reckoning were unwelcome.

If Amaziah’s rebuke of Amos were a highway sign, it might say: Only positive Jeroboam spoken here. It’s clear that the most important figure at Bethel—literally, “house of God”—is not God, but the king. When Amaziah reports Amos’ prophecy to Jeroboam, he attributes it wholly to Amos himself, never mentioning God (verse 10-11). Amaziah points to Amos as instigator of a conspiracy against the king, rather than a vehicle of divine truth.

Amaziah’s cynicism is perhaps not wholly unreasonable. He has Amos pegged as a professional prophet: a person who, in the ancient Near East, essentially served as a religious counselor or aide to the king, bringing messages from the divine to guide the king’s decision-making. We can imagine that the safest positions with the best salaries went to the prophets who told kings what they wanted to hear. Amos probably seems like another political-religious functionary, except for the fact that he is so bold in his pronouncements against people in power.

Yet Amos’s retort to Amaziah indicates that he understands his vocation outside of the established social role of the prophet. He is not there to be a “yes-man” to the king. He has not been born into this job, and he has not chosen it as a way to earn money or favor. In fact, the vocabulary describing Amos’ agricultural pursuits implies he is a person of means, not an ordinary shepherd.1 It appears there is little personal gain for him to be a prophet.  Amos is compelled to be a prophet because God called him: “YHWH took me from following the flock, and YHWH said to me, ‘Go! Prophesy to my people Israel’” (verse 15). He thought his life was unfolding one way, and then God’s call intervened.

Despite the strictures God suddenly placed on his life, we can recognize that Amos still had a freedom that Amaziah did not.2 Amos had no institution to uphold, no sanctuary to care for, no budget to raise, no bulletins to fold. He didn’t even need a salary! Amaziah should be a sympathetic figure to many Working Preachers. We have no reason to think that he was inherently devious or evil. Rather, in the course of doing his job—care for a sanctuary of YHWH—he has allowed the concerns of the king to overtake the concerns of the God he serves. It is an easy, relatable slip, but one that has disastrous consequences.

Throughout the book of Amos—and indeed, throughout most of the prophetic books—the concerns of God are overwhelmingly focused on economic exploitation. The image of trampling upon or crushing the poor recurs over and over (e.g., Amos 2:7, 4:1, 5:11, 8:4), along with a multitude of other depictions of the callousness and deceitful practices of those who gain wealth at the expense of the needy. These condemnations of those who actively conspire against the poor often appear alongside another, less acknowledged image, of those who suppress the word for justice, refusing to open their eyes to the suffering of their neighbors (see, for example, Amos 2:11-13).

Impeding the prophetic word is also the specific sin for which Amos condemns Amaziah (7:16). The lectionary leaves out the awful curses that YHWH, via Amos, unleashes on Amaziah in response to his attempted censorship of the prophet, but verses 16 and 17 make clear that those curses come because Amaziah has implored the prophet not to prophesy against Israel.

Is it your job to be a prophet, Working Preacher? Is the pastoral vocation the same as the prophetic one? Not always, I would say. Sure, often preachers are called to be prophetic, to preach justice with a mighty fury. Sometimes the word tugs at your gut: “The Lord GOD has spoken; who can but prophesy?” (Amos 3:8b). But other times preaching requires getting out of the way of the prophetic word when it comes from somewhere else.

You don’t have to be the prophet every week, Working Preacher. But you also must not impede God’s prophetic word, wherever and whenever it may come. Even if we were to reject the category of “prophetic preaching” altogether, we would still not be insulated from the necessity of acting upon God’s prophetic concern for justice as it comes to us from Amos and Isaiah and Micah, from our children, from our neighbors, and from Jesus Christ, who inhabited the words of the prophets and preached good news for the poor and freedom for the oppressed (Luke 4:18).

We must not allow our churches to be places where kings are welcome but prophets are spurned—where our congregations “anoint themselves with the finest oils, but are not grieved over the ruin of Joseph!” (Amos 6:6). This week, Working Preacher, listen for where the prophetic word is coming for you and your people. If it’s coming from that tug at your gut, preach it with a mighty prophetic fury. If it’s coming from somewhere else, let it come, and do not stand in its way.