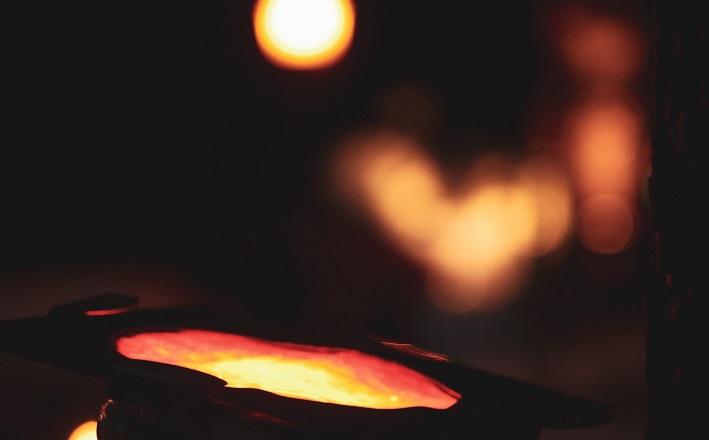 There’s a long-standing debate in Johannine scholarship about the actual moment of the incarnation in John’s gospel: is it John 1:5 or 1:14? I won’t go into the details of said scholarly considerations (Working Preachers now breathe a sigh of relief). But the discussion is worthy of homiletical deliberation. “And the Word became flesh” is certainly an obvious winner in the dispute.

For me, it has always been critical that John says “flesh” and not “anthropos.” God did not become man but flesh, entering fully into all that it means to be human. This totality is essential for what’s at stake for me theologically, of which I am obviously reminded at Christmas. Otherwise, “fully human” becomes another doctrine that the church touts to make itself relevant. The church is well versed in holding up tenets that it consistently falls short of living out.

The incarnation is one of those tenets. Our theology of incarnation tends to lean heavily on the cross and Jesus’ death, backgrounding Jesus’ life. “Did Jesus have to die for this sermon?” becomes the criterion for homiletical faithfulness rather than, “Did Jesus have to live for this sermon?” If we believe in the incarnation, then “Did Jesus have to live for this _____?” might also preface what we do as church. Because a myopic view of the incarnation that focuses only on Jesus’ death becomes an excuse for all kinds of mediocrities and atrocities purported by the church and its preaching. It becomes the reason to glorify death when death is painful, awful, and heart-wrenching. It becomes the reason to locate salvific speech only in suffering. And it becomes, ultimately, a truncated theology—at least for John, where God’s revelation and God’s love and God’s grace are experienced abundantly (John 10:10) in the incarnation and crucifixion and resurrection and ascension. John’s Gospel is a correction of our sentimentalism of the incarnation, whether that be our picture of the baby Jesus in the manger or his suffering on the cross.

As the omicron variant runs rampant throughout the world, I suspect we have all realized a truth we hoped we could avoid—this pandemic is not going away anytime soon. In how this pandemic is playing out, among many things, I am experiencing what I sense is a pared down theology of the incarnation. People are choosing duplicity instead of life. Selfishness instead of selflessness. Hypocrisy instead of faithfulness, in this case specifically by coopting “my body, my choice” to justify their self-absorbed decisions. Too many have coopted flesh to serve their needs and their beliefs. Too many have equated the incarnation with their personal freedoms. And too many seem to believe that their words, actions, inactions, and conduct don’t fall on real flesh and blood bodies.

I know. None of this will “preach.” But it’s something I believe we preachers need to think through this Christmas. What does the incarnation mean when over 800,000 bodies, at least in the United States, are no longer on this earth? Where and how is the church standing behind and up for bodies that are being beaten and broken? Demeaned and disregarded? Overlooked and oppressed? That are depressed and worn out? That are differently abled and aged? What does the incarnation really mean past December 25 for how we lead and preach, serve and teach?

So, this Christmas I am siding with the John 1:5 folks. Why? Because it speaks the truth of the incarnation for me this year—not everyone is on board with a fully fleshed God. Only five verses into John’s Gospel and the tension surfaces. “The light shines in the darkness and the darkness did not overcome it” (NRSV). Comparing translations of κατέλαβεν (“did not overcome”) sheds light, if you will, on the conflict: did not apprehend, comprehend, suppress, grasp, overpower, defeat, understand, perceive it (the light). The darkness doesn’t “extinguish the light” (CEB) or “put it out” (GNT). You see, there was and always will be opposition to the light, even among those who believe in the light, try to live in the light, and whose named mission is to be the light of the world. From the beginning, “the light shines in the darkness” has been a conflict from without and a conflict within. Light exposes everything. But nothing can stop the light from shining. The light shines—present tense. While the incarnation was the eternal entering into the temporal, God’s presence in a particular body in bounded and limited time, the meaning of our God becoming flesh is timeless and forever. Our embodied lives are inextricably connected to the divine’s human experience. And the divinity of God is indissolubly linked to our lived daily lives—“I came that they may have life, and have it abundantly” (John 10:10)