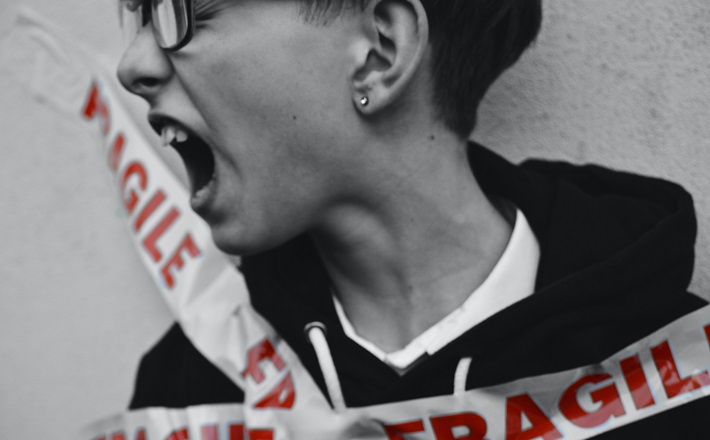 Photo by Morgan Basham on Unsplash; licensed under CC0. 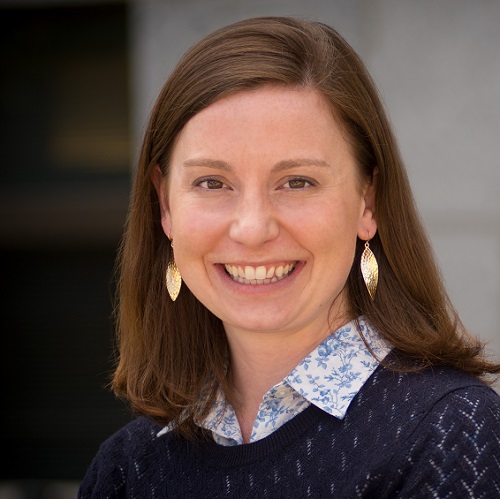 The paired Old Testament reading for this week sets us down as Jeremiah’s laments are really just warming up.

Remember that his career spanned the time before, during, and after the siege of Jerusalem, which happened in stages over the course of a decade, culminating in the destruction of the temple in 587/6 BCE. Imagine witnessing this level of devastation, both dramatic and drawn out; the city and the people you know and love being slowly dismantled before your eyes.

A cacophony of mourning

One of the most remarkable things about this text is how hard it is to know who is speaking many points. In verse 18 alone, it is plausible that God, the prophet and the people are all taking turns. Whose “poor people” are crying out? Who is shattered by this disaster? Who longs to weep day and night? As our late colleague and beloved teacher, Terry Fretheim, articulated it: “as the demise of the nation comes into view, the voices overlap in a cacophony of mourning.”

Though many have tried to pull the voices apart, Fretheim suggested that it may not be the task. I take the indeterminacy of the speakers as a kind of comfort. God’s voice is woven through, wrapped around and into the voice of the leader and the voice of the people. No one rejoices in what is coming; all involved are becoming aware that this grief will be all-encompassing.

Jeremiah’s laments ask us to tune our ears to this cacophony as a sign that the relationship remains intact, even when it is tested. Even still, there is something shocking to us about the warned fate coming to pass. But the prophets knew the heart of God intimately; throughout the book, Jeremiah’s voice is intertwined so fully with God’s that we can barely tease them apart.

It is as though he is close enough to the heart of God to feel the divine pulse, and then turn to the people and say, “I’m afraid for us.” For Jeremiah, though, the fear is not of the judgment that is coming, but that it might mean the relationship is lost–this is actually his deepest dread. And so he weeps.

The message resounds clearly: the prophet’s heart is breaking from the difficulty of the word he brings and the future he sees unfolding on the not-so-distant horizon. Though I hope that things are not quite so dramatic in your ministry context, I suspect you recognize these feelings in your own heart as a leader: grief-sick, exhausted, frustrated, or fearful, but at the same time, compassionate, tenacious, and entangled:

Because my people is shattered, I am shattered (Jeremiah 8:21a).

While it is often said that prophets “spoke truth to power,” that was only one aspect of what they did. They were also called to “stand in the breach,” to serve as an intermediary. Positioning themselves between God and people, they got it from both sides. Imagine a breach in a wall—the body that puts itself in that space during a battle is not going to come out unscathed; so it is with a prophet’s heart. If only there were less space between serving God and serving people, but it is today—as it was in ancient days—a hard place to be. Even our “weeping prophet” runs dry—oh, that my head were water / my eyes a fount of tears (Jeremiah 8:23). Yet he remains committed to the people. In the next verses (9:1-10), the speaker will express the desire to leave this broken relationship behind, because wouldn’t it be easier just to not do this anymore? But for now, he stays. He chooses solidarity. He chooses to suffer with them. What he prays for is the ability to weep more, the capacity to feel more grief.

The wound and the balm

One of the most enduring images from this text is the “incurable wound” and the sought-after balm from Gilead. For many readers, verse 22 immediately brings to mind the words of a spiritual:

Some commentaries simplify this image too much, suggesting that the question signals Jeremiah’s understanding that the ailment is not physical but spiritual. But Jeremiah and his audience would not have heard that as a meaningful difference. The through-and-through-ness of the malady is precisely how Jeremiah is intending to use the image. And the hymn knows this, too: the hoped-for balm will heal the sin-sick soul. The hymn answers the prophet’s challenge: yes, there is! Go home and tell your neighbor / he died to save us all. But do recognize that the prophet seems to expect the answer is negative—that Gilead has developed a symbolic imagery that goes beyond the original biblical imagery.

To me, what is interesting about this image is less the nature of the balm but the nature of the injury. Think about how frequently the prophets rely on the human body—often their own—to communicate dramatic theological messages. There is something about embodiment that the prophets seem to feel meets the urgency of their calling.

Other prophets use this same image of an “incurable sore.” But among the prophets, Jeremiah specializes in this kind of “body horror”—using the disturbing images of a physical body to provoke a response. He returns to this image of the sore over half a dozen times. Jeremiah is a thoroughly embodied prophet, but this wounded body is a collective one. Jeremiah will eventually—and with great regret—come to see this social body as deserving of judgment. This is not because God is unmerciful, but because justice and judgment cannot be teased apart.

It can be so hard for us to conceive of this kind of imagery in our relationship with God. How can anything be incurable or un-fix-able for God? But we do well to take Jeremiah seriously. Here, most preaching commentaries name that there is no such thing as “cheap grace.” How true. But I encourage you, dear working preacher, not to look away from this horrific image too quickly, for the image does more than condemn. It also works to restore—if the wound is infected, healing requires intervention; if the wound is incurable, restoration can only come from God.

Let us not reduce this complex image to, “there once was a threat of ‘too late’ or ‘too broken,’ but Jesus fixed it.” I beg you, dear Working Preacher: be more sanguine in your dealings with the Bible’s poetry. These powerful images still tell the truth. Humans have done and are doing things to one another, to entire populations and cultures—to say nothing of our planet—that it very well may be too late to fix.

And sometimes it feels like the time is ripe for real change—the summer is here, but then all of a sudden harvest time has gone (Jeremiah 8:20). What do we say to our longing for the healing of our world in those moments? Reckoning wholeheartedly with these images enables us to name the coupled truths that death, destruction, and all manner of catastrophes are real and that there is life and restoration on the other side.