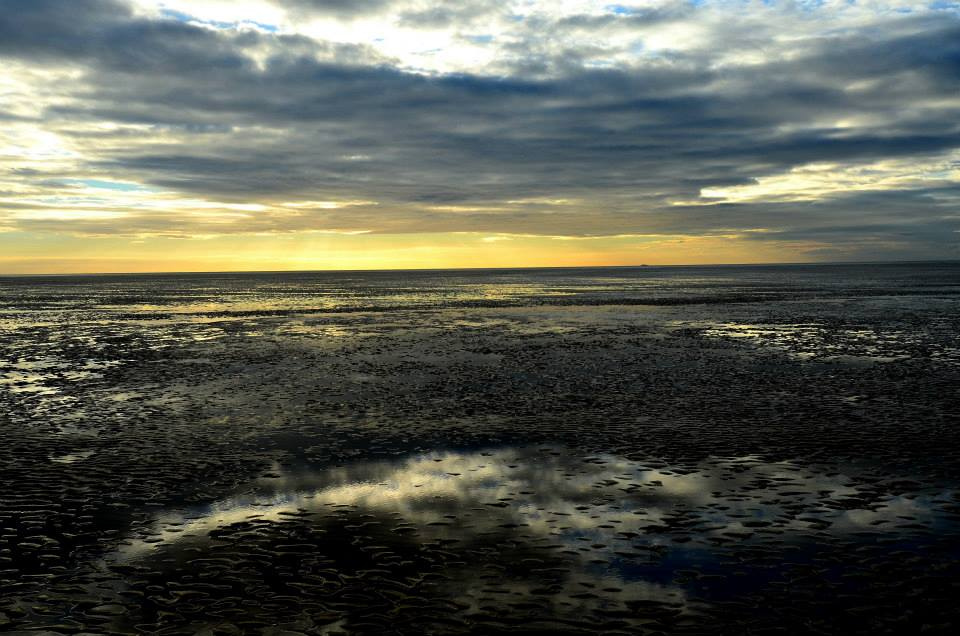 The Transfiguration is always a tricky story, isn’t it? Were it not for the fact that it’s the designated text bridging the seasons of Epiphany and Lent, I wonder whether or not we would give this event the time of day. There is so much about the Transfiguration that is confusing, troubling, seemingly irrelevant. After all, what can possibly matter about a story that narrates a rather unrecognizable Jesus? My guess is that were we to have a choice, we would eagerly and without reservation give up the story of the Transfiguration of Jesus as irrelevant and, well, awkward.

These are indeed the challenges of a story like this. We find ourselves justifying those places in Scripture that appear just too “out there” to warrant our consideration. We find ourselves trying to validate episodes in the story of God that might be difficult to communicate any kind of purpose and meaning. We default to explanatory proclamation. And yet, here we are — stuck with the Transfiguration — every single year.

I wonder if this is something that we admit, Dear Working Preachers; that at first blush, here is a story that does not immediately come to the lips of most believers when they think about why they believe in Jesus. And so, perhaps we name this up front. And, we would be in good company, because certainly Peter did not know what to do with the Transfiguration, “having no idea what he said” (Luke 9:33).

But when it comes to Luke’s version of the Transfiguration, I find a glimpse of homiletical possibility in a rather bizarre story. Not that you want your sermon to narrate the redactional principles of the Gospels. That would bore most to tears. Yet, it is moments like these when your exegetical work pays off. Verse 31 is the key, “They appeared in glory and were speaking of his departure, which he was about to accomplish at Jerusalem.”

Of course, the Greek term for “departure” is “exodus.”

It is, therefore, no accident that both Moses and Elijah are having a discussion about Jesus’ exodus — they experienced their own. They know what exodus looks like and feels like. They recognize it when they see it. And in Jesus, they see it again.

Jesus’ own exodus will be multi-layered — freedom from death, liberation in the ascension. But what strikes me about this term here and now is that it is embedded in a demonstrable display of Jesus’ glory. As if glory communicates freedom. As if transfiguration intimates liberation. No wonder, then, we tend to waffle on what to do with the Transfiguration, especially in Luke. Once the Transfiguration seems to suggest our own or that of others, we are wont to deflect its importance or significance.

The exodus overtones in Luke’s telling of the Transfiguration of Jesus just might suggest that any kind of glory connected to, revealed by, or recognized in Jesus, in God, means that freedom is just around the corner. That liberation just might be where God’s glory will be found. That true transfiguration is when deliverance is the result.

And so, Peter’s reaction is less of an attempt to keep Elijah, Moses, and Jesus on the mountain longer as it is a revealing of what we tend to do when God’s glory is revealed to us — we keep it to ourselves. Hoard it for our own gain. Connive ways so as to secure that it’s ours alone. There should be no shortage of examples to illustrate this very human tendency. After all, sharing glory means that we have less.

But more to the point of Luke’s vision, when glory might mean liberation, to what extent it then binds us to commitments and concerns that we would rather pass over, dismiss, or defer. Because once you commit to a “let my people go” kind of life, you should expect demands on your own life. Big time. If we have been paying attention in our preaching of Luke so far, this should not surprise us. There have been plenty of witnesses who have testified to their own transfigurations; those who have proclaimed that God’s own glory has somehow lifted them up in glory; those who have expressed in song and praise that where God’s glory is, theirs is also.

The Transfiguration of Jesus was never meant to shine a light on Jesus’ glory alone; its glory, in the end, shows us our own.