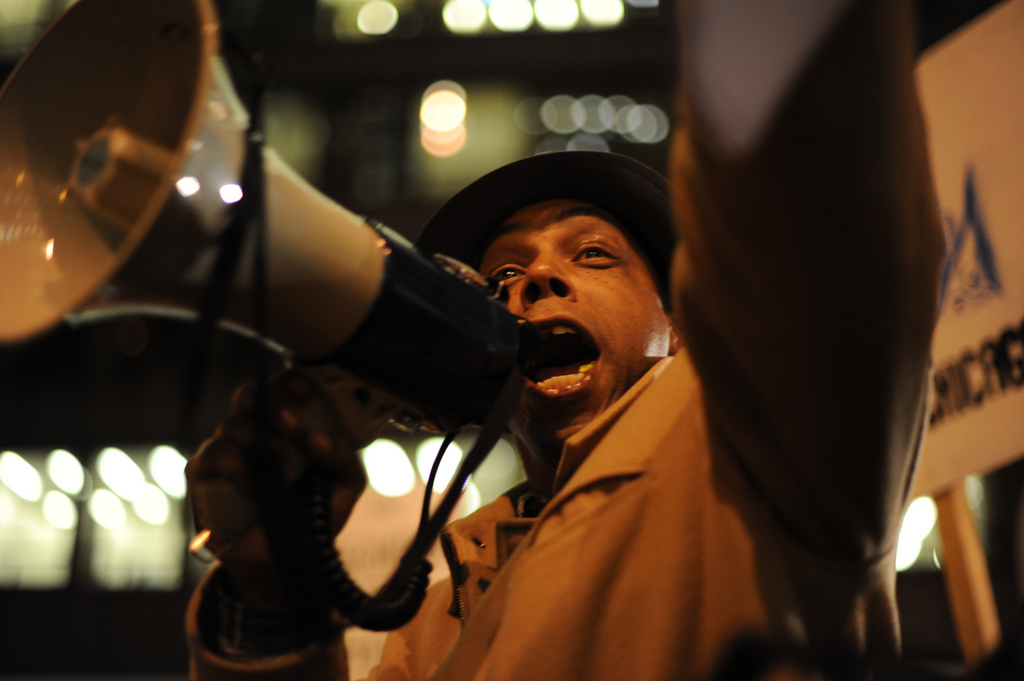 So, just how should we define justice?

While this story from Luke is most certainly a commending of our contending with God (especially paired with the Genesis text), it is important to acknowledge the specificity of widow’s request. She asks for justice, which stands in stark contrast to the judge who has no fear of God and no respect for the other. In this contrast, a definition of justice comes into view. For Luke, then, justice means fearing God and having respect for others. If this definition were actually at work in our world here and now, I suspect our world would be a rather different place.

Fear God. Respect others. Let’s pause for a minute and consider that were acts of justice or appeals for justice judged by these two criteria, we might reconsider just how just we really are.

Is there any fear of God left? Or have we so tamed the Almighty so that he (yes, he, because that’s one way to domesticate God) is a mere aspect of our lives rather than the one who makes sense of our lives?

Is there any fear of God left? Or have we insisted that in order to preach or do theology, we need to have God all figured out? “It is not the task of Christianity to provide easy answers to every question, but to make us progressively aware of a mystery. God is not so much the object of our knowledge as the cause of our wonder” (Kallistos Ware).

Is there any fear of God left? Or have we decided that to fear God is a rather archaic phrase best left in the recesses of the Old Testament and certainly not binding on our lives now?

And, is there any respect left for the other? Or have we totally bought in to the binaries of our society — that the other can only exist as our opposite?

Is there any respect left for the other? Or has fear completely crushed our compassion?

Is there any respect left for the other? Or has narcissism truly become as epidemic as it appears?

We might think twice before denying the rights of LGBTQ people if we actually feared God and respected the other.

We might step forward with words of love to counteract the rhetoric of hate, misogyny, bigotry, if we feared what God would think were we to remain silent, and respected those who feel the brunt of this rhetoric.

We might reconsider our silence about Black Lives Matter if we began to imagine what God’s own silence would sound like and what respect really means.

We might actually call out injustice in our world if we stopped to imagine God’s response to our complicity or if we asked ourselves, “do I really have regard for this person?”

Yes, if fear of God and respect for the other were operative in our understandings of justice, justice might indeed look different.

The other detail of this story not to overlook: the judge — the one with power and authority is the one who denies fear and rejects regard. The widow, completely lacking in power, is the one who names and even demands the central claim of the Gospel of Luke — justice for all, even her.

And yet the widow gets what’s at the heart of God — justice. She does not ask for just anything, but for the justice she is owed, deserved, and which God promised.

It is easy, particularly in ministry, to accept that justice is not ours to have. This is especially true for women in ministry. Quiet in the face of compensation inequity, in the midst of a sexist environment, in the reality of double-standards, it is easier to stay silent than to do the tenacious, persistent work of making justice happen.

This is by no means a judgment, but rather, a naming of truth. That asking for justice, fighting for justice, preaching on justice, is just plain hard work. That coming alongside and saying together, “Lord, grant us justice” is risky witness.

And yet, it seems, God wants it — even likes it and praises it. The Psalmists seemed to think so (Psalm 121). So, let’s get going.

So what does this mean for you? For me? As preachers, as interpreters of scripture, as ones charged with shaping communities of justice?

Maybe it means not only being persistent in justice, but putting ourselves on the other side. The side of the judge, the side of God, if you will, and asking ourselves, do we hear the pleas for the granting of justice? Or do we plug our ears in fear of the status quo rather than because of fear of God? Do we silence the cries for justice in disrespect, in judgment, that those who weep are those unaware of the complexities of ministry? Do we dismiss those dogged and determined voices as ones that “need to move on or get over it?”

This story suggests that when you work for the Kingdom of God, the quest for justice is never over. The nature of our humanity, the truth of the human condition means that we will always assume that justice is ours to manipulate. It will always be our temptation to maneuver perceptions of justice to lean toward our own stakes and for our own sakes. It will always be our inclination to bend justice so as to leverage our own agendas. What’s the answer? The answer is to voice the widow’s bid: “God, please. Grant me justice.” Because when we ourselves can beg for justice, the Kingdom of God indeed comes near.