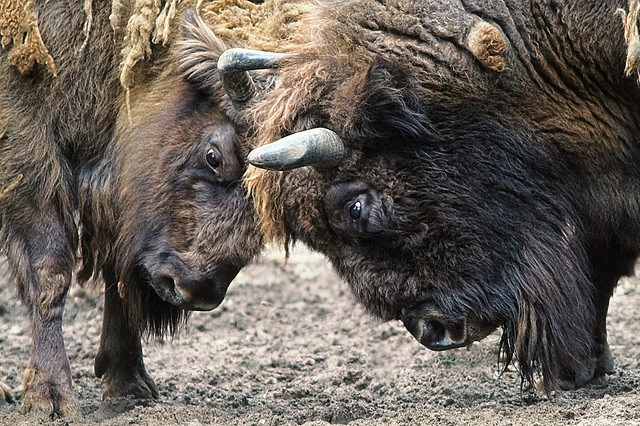 Wow. It sure doesn’t take long to go from grumbling to arguing, from complaining to quarreling. And it seems it doesn’t take much, either. I suppose Jesus connecting bread to his flesh might be a trigger, I will grant you that. Evidently, this whole bread of life thing is going to require some discussion at the very least.

Of course, this is central to the Bread of Life discourse, to all of Jesus’ discourses in the Gospel of John — Jesus taking us deeper and deeper, disclosing the many levels of meaning when it comes to feeding the five thousand, which is, in the end, an invitation to abide in him, an invitation to imagine what a relationship with him really means.  And so, as a result, the responses to Jesus’ many levels of meaning are worth noticing, because next week, some of Jesus’ followers are going to leave altogether. And, if we are honest, not one of us would blame them.

As a result, the responses to Jesus’ rather complex and sometimes convoluted revelations matter. We should pay attention to them, because, in the end, they tell the truth about our own. They force us to ask, what’s the sticking point? What makes us respond the way we do? Complaining to arguing is no small transition. It signals a sense of discomfort. Of a need to prove something. Of a perceived change in the subject and nature of the discussion. And rather than gloss over the discomposure, it behooves us to ask, just what is the rub here?

It doesn’t take long indeed for the church to move from murmuring to full-blown fighting — have you noticed that? And Jesus is just now getting to the good stuff. The rest of this section of chapter 6 will be the most challenging yet and in the end, many won’t stick around because of it.

It’s a worthwhile exercise to take stock of our reactions to Jesus, personally, communally, denominationally. To question why and how we respond the way we do. Self-reflection is critical when it comes to faith and discipleship — and not enough of it happens these days. Instead, there is blind obedience, naïve acceptance of what should be believed, what is supposed to be confessed. And when believing becomes should and sureness, it ceases to be faith. “The more certain you are the less room you make for faith.” (Craig Barnes #Homiletics2018). It ceases to be that which is active and alive but instead becomes solidified and fossilized.

When that happens, I suspect that’s when you get to the place of arguing. Because then someone has to win. You have to make a case for your position. Someone has to be right. But winning and being right have no business in the Kingdom of God. Faith is not a competition but cooperation — between us and God to bring God’s kingdom to bear. Between us and all of God’s people to bring about God’s love for the whole world.

I get awfully weary of arguing, especially when it comes to theology and interpretation of Scripture. Which has nothing to do with avoidance of conflict. Bring it on. But, let’s talk. Let’s actually listen to each other. I don’t need to convince you of my analysis. I am putting it out there for discussion. And I want to hear you. I might not agree, but my goal in life is not to persuade you of my opinion. I just want to have a conversation. I don’t need any more “well, actually” reactions.

And I am really over denominational rivalry. Don’t get me wrong. Every denomination needs to have its own sense of how it communicates the Gospel, but not at the expense of another. You resonate with one because it best reflects your beliefs, but you don’t get to say that it’s a better expression of, rendition of, who God is, what God is up to, or how God works in the world. Because God is God and no denomination, ever, gets to claim that. Period.

Reading this passage this time around, I wonder if Jesus adding fuel to the proverbial fire is his response to the arguing. As if to say, there will be no end to things about which you will argue. So, let’s just stop that here and now. Because, according to Jesus, at least in John, it’s not about what’s right or wrong, about certainty (see John 4:29, for example), about answering all of the questions correctly, but about relationship. Because as most of you know, faith in John is never a noun, but always a verb. Belief is not a thing but a living relationship with Jesus. The only thing to “get” is that Jesus wants to be in a relationship with you. That’s the answer. That’s what’s “right.”

Relationship is not a contest. It’s respectful and reciprocal. It’s attentive and realizes longing for the deep knowing of the other. It doesn’t fight for who’s right but listens to the perspective of the other, truly, and reflects on how and from where responses originate and inquires as to why. It anticipates that your perspective might not be the only one in the universe and wonders how the perception of the other might even change your own.

At the heart of the Christian faith is relationship. As such, leaders in the church are called to model a way of discernment that is distinctive. That engages in dialogue in such a way that is demonstrably different from the battle-hungry. And that, in the end, reveals a different understanding of truth. A truth that was never propositional but has always been incarnational. Because our truth is not an abstract principle but an actual presence. Our truth is not evidence based but grace based. And our truth is not that which demands proof but proved himself in love.