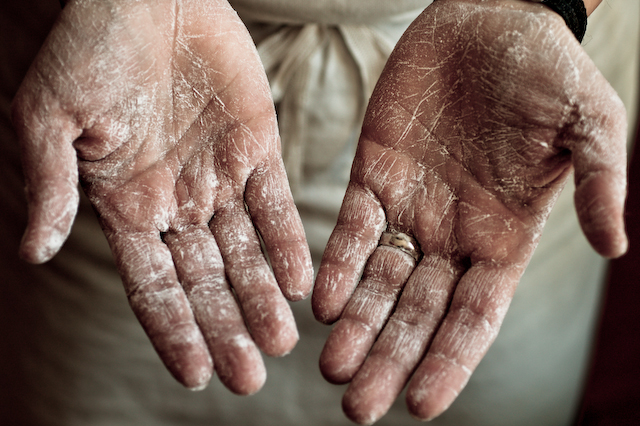 While Karoline Lewis takes a short vacation from writing this column, I’m filling in for three more weeks.

A long time ago, back when Kevin Costner films were all the rage, I cut my teeth in ministry as a director of high school student ministries. I remember the youth pastor I worked with being fond of saying that there was a subversive dimension to our activity, because we were trying to urge young people toward a deeper or more zealous faith commitment than their parents might have been comfortable with.

I don’t describe ministry in quite the same way now. But I will still contend that the work of Christian ministry usually has a furtive aspect about it — simply because it’s the nature of God’s reign to sneak in unannounced or to undermine what appeared to be unquestionable foundations. In exhorting people to live out their identities as disciples, we invite them to live into a future that could get weird. As the familiar prayer goes, Jesus leads his people into “ventures of which we cannot see the ending, by paths as yet untrodden, through perils [and opportunities!] unknown.”

That prayer brings relief to those who are overmatched, but it threatens those who are contented. It declares that no value system is beyond God’s ability to reconfigure.

I’m going to assume that you understand my point, since somehow you ended up as a preacher. How did that happen?

Back to the youth ministry days: I remember teenagers saying no to family vacations so they could participate in service projects. More recently, I’ve heard a story about a candidate for ordained ministry whose supervisory committee kept questioning his fitness because he showed poor fiscal discipline in his habit of repeatedly giving away large chunks of his savings to those who were in need.

Jesus seems to delight in stories like those. That’s why he tells parables that punctuate the absurdity of it all. The reign of God creates entirely new realities that bring new expectations of what might be considered normal.

In the parables, Jesus declares that upheaval is afoot.

The woman in the parable of the yeast “hid” (not “mixed”) the leaven into the load of flour (Matthew 13:33). What is the reign of heaven like? It’s like a surreptitious act, like implanting an undetectable virus that will transform a whole body.

The man who “sowed” that single mustard seed (Matthew 13:30) may have had no idea that his land would soon be thick with invasive plants. Maybe he thought he could keep the mustard contained. But the reign of heaven is like the metamorphosis of a cultivated field into a wild and leafy bird sanctuary. Once the reign of heaven takes root it will do its thing. The neighbors might snicker about what you did to your field. Soon, they’ll be ticked when the wind blows a seed or two — or fifty — onto their land.

Remember that sermons are like parables. For one thing, both aim to help audiences peer into an alternate reality. For another thing, both can fly beneath the radar. Their full effects can’t be fenced in. No wonder everyone works so hard to name and control the meaning of parables and the point of a sermon. Their rhetoric is like a seed or a pinch of leaven.

Dear working preachers, you are infiltrators, agents of a parabolic good news. Embrace that calling. Show glimpses of a new vision. Pollute expectations. Crash the respectability party. Spike the punchbowl. Tell someone that God may be calling them to ministry. Offer an aside about that church you know in another town, the one that was so energized by its decision to sponsor a newly arrived family of refugees. Direct your breath just right so it fans the flames of a resistance.

Hide a vision of the reign of heaven — through your comments and point of view — in your sermons. Also in your prayers. And in your comments to congregants after the service. You can state the kingdom’s agenda with forthright rhetoric, but graceful guile can also be fair game. After all, Matthew is the Gospel in which Jesus commissions his followers to “be wise as serpents and innocent as doves” (10:16).

Worry less about doing it right and more about not doing it at all.

The calling to preach the parabolic good news is about as preposterous as Jesus’ parables themselves. At the end of the day, near the destination of those paths untrodden, is the hope that Jesus’ followers, if not the whole world itself, might embrace God’s reign with a joy and commitment so intense that it appears foolhardy. Someone who buys a field in order to secure a buried treasure looks like a swindler (Matthew 13:44). A merchant who liquidates all of his holdings to buy a single pearl is essentially removing himself from the merchant business (Matthew 13:45-46). When Jesus says the reign of heaven is like those kinds of situations, at the very least he means that the good news has the potential to reorder everything when it sinks its roots.

The parables deserve to be met with very nervous laughter.

Preachers, you’re in on the joke — at least, as far as you know. Preach like you know that somewhere the Holy Spirit is grinning. She is a woman striding through in the shadows with flour residue on her hands, twittering to herself, “They’ll never know what hit ’em.”