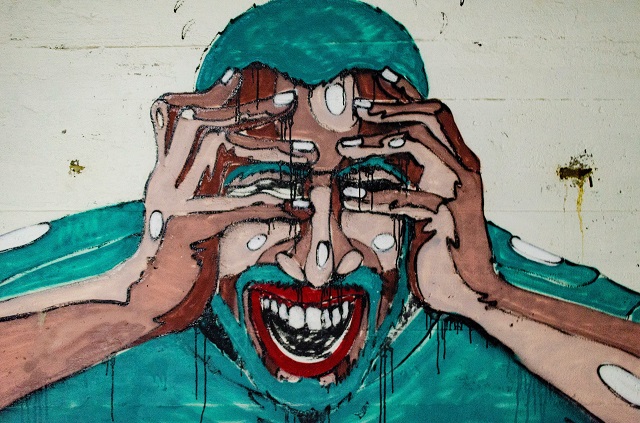 Photo by Aarón Blanco Tejedor on Unsplash; licensed under CC0.

In his arresting Advent sermon “The Coming of Jesus in Our Midst,” Dietrich Bonhoeffer said this in response to our tendency to turn the Incarnation into sentimentality:

We have become so accustomed to the idea of divine love and of God’s coming at Christmas that we no longer feel the shiver of fear that God’s coming should arouse in us. We are indifferent to the message, taking only the pleasant and agreeable out of it and forgetting the serious aspect, that the God of the world draws near to the people of our little earth and lays claim to us. The coming of God is truly not only glad tidings, but first of all frightening news for everyone who has a conscience.

Herod the Great, as Matthew describes him, appears to lack a properly functioning conscience.

Maybe Herod’s conscience has been coopted by a commitment to keeping and wielding power. Determined to snuff out the newborn “king of the Jews” before anyone else finds out about him, Herod does his best to preserve “the way things are.”

Sometimes, my fellow Working Preachers, we can help people grasp what the reign of God is like by showing them the opposite. Herod is about as close as we can get to that. The system of power, intimidation, and self-preservation that Herod represents? God becomes human to overturn that. Like the young children unlucky enough to be born around the same time, God becomes human to suffer that. Good Friday will be here before we know it.

We preachers need all our cleverness, insight, and nuance to sketch the contours of grace, in all of its strangeness, for our congregations. And we need just as much finesse, subtlety, and courage to identity evil. And at this point in the church calendar, we need some stamina.

As preachers who declare how pervasive resistance to God is, our task would be easier if Herod had been an out-and-out monster. He wasn’t. The king who ordered the execution of his beloved wife Mariamme was also the man who made sure his kingdom would be significant, prosperous, and protected within the emerging Roman Empire.

Herod was no madman seething on his throne pulling the wings off butterflies. Many of his contemporaries saw him as a savior in his own right.

Evil rarely presents itself as a beast with horns, fangs, and claws. Usually it dresses itself up in respectability. It burrows into systems that we rely on to keep our societies from spinning into chaos.

Evil rarely acts alone. Tyranny and arrogance can’t exist in a vacuum. They demand accomplices. They survive because their enablers are also contributors.

How will you paint the portrait of Herod’s atrocity? I know it’s doubtful that he really ordered the murder of children. Matthew accuses him of doing something that no other ancient sources remember. But this is the kind of thing the king was certainly capable of doing. How ordinary would it have appeared to his contemporaries?

Help a congregation perceive “the massacre of the innocents” as something we have grown used to experiencing. Help us glimpse our own complicity as people who inhabit and benefit from systems that are dead set against welcoming Jesus into our midst.

Consider, for example, who would have killed the children. Herod would have given the order but he would not wield the sword. He had people. Agents who would swoop in, pound on doors, and disappear again as quickly as they arrived. How did they benefit from the system that tried to kill the Prince of Peace at almost any cost?

Consider, too, the residents of that weary small cow town a few miles from Jerusalem. As each Rachel of Bethlehem was left “weeping for her children,” the rest of the region would perhaps shrug. Parents would hug their kids a little tighter that night. At least Herod was still building roads, ports, and aqueducts. The economy was booming. Was it worth risking all of that by demanding change just because someone else’s children had suffered violence?

Herod was a savvy politician who knew how to use favoritism, brutality, deception, and arrogance to advance his ends. Those are the tools used by people who believe they will never be held accountable.

Those are also the values that get encoded into patterns and norms that govern our daily life. They become our ethos. They make us complicit. Herod and his resistance to the reign of God remain alive and well today.

Come, let us adore him, Christ the Lord. And in the same breath, Lord have mercy upon us.

The generosity of Christmastime allows us to forget about our complicity for a little while and imagine being set free. The soaring hymnody of the twelve days recommits us to the hope we experience as we rediscover that the incarnate God lays claim to us. The simple beauty of the season urges us to see signs of God’s reign in mundane, easily overlooked places.

But, along with all of that, we need preachers to tell us the truth about ourselves and the Herodian spirit that keeps us tethered to, and supportive of, “the way things are.”