God Draws Us In 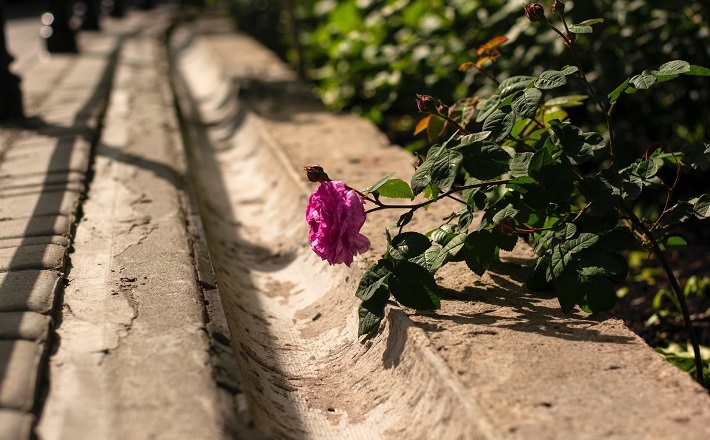 Photo by Aleksey Oryshchenko on Unsplash; licensed under CC0.

The Bible is full of stories in which God provides bread and provisions to people afflicted by food scarcity.

Shortly after Abram and Sarai arrive in Canaan, a famine befalls the land, forcing the elderly couple to seek help in Egypt (Genesis 12:10). Following a similar pattern, the family of Jacob is also forced to seek refuge in Egypt, whose storehouses are full because of the careful administrations of Joseph. After being delivered from Egypt, God provides daily manna in the wilderness as Israel makes a multigenerational trek to Canaan (see John 6:31). Suffering under the effects of yet another famine, Ruth and Naomi are able to glean and find sustenance in the fields of Boaz. In this week’s complementary First Reading, the fugitive and dejected Elijah is sustained in the wilderness by an angel who provides him with food and water just before sending him on his way to Mt. Sinai/Horeb.

These stories say something profoundly disturbing about the fragile circumstances ancient Near Eastern people found themselves in. Mere changes in rainfall or crop yields could impact peoples’ ability to survive in ways that are almost unheard of today, at least in modern developed countries. But these stories also say something profound about God, who refuses to abandon God’s people to their tragic circumstances. Their hunger pangs and desperate cries move God to action. As the author of Psalm 34 claims: the God of Israel hears cries for help.

John 6 is self-conscious about its indebtedness to this tradition, as the following dialogue indicates:

So they [members of the crowd following Jesus] said to him, “What sign are you going to give us then, so that we may see it and believe you? What work are you performing? Our ancestors ate the manna in the wilderness; as it is written, ‘He gave them bread from heaven to eat.’” Then Jesus said to them, “Very truly, I tell you, it was not Moses who gave you the bread from heaven, but it is my Father who gives you the true bread from heaven. For the bread of God is that which comes down from heaven and gives life to the world.” They said to him, “Sir, give us this bread always.”

The lengthy discourse about bread in John 6 draws on texts about God’s provision in the wilderness, with special attention to the manna tradition. Jesus’ feeding of the 5,000 around the time of Passover and his desire for seclusion on a mountain in verse 15 only solidify the connections to the book of Exodus, the Sinai tradition, and the wilderness narratives (6:1-15) more broadly.

But John 6 also reconfigures these textured traditions in several disruptive ways. First and foremost, Jesus identifies himself as the bread of life—the gift of the Father to the world:

For the bread of God is that which [or, “the one who”] comes down from heaven and gives life to the world. They said to him, “Sir, give us this bread always.” I am the bread of life. Whoever comes to me will never be hungry, and whoever believes in me will never be thirsty” (John 6:33-35).

For John’s gospel, Jesus is the manna in the wilderness that satisfies believers on their journey. Just as manna was there as a perpetual and concrete expression of God’s accompanying love, so Jesus would be there for believers so that they will never go hungry.

Second, as the bread of life itself, Jesus must be consumed. But how precisely he is consumed is a multilayered and not entirely straightforward matter. Whoever “comes to me” (verse 35) will never go hungry. The act of following Jesus somehow sustains the lives of believers. The eternal life of the heavenly bread, moreover, comes to those who “believe in him” (verse 40). Belief is apparently another means of taking in the bread of life. And finally verses 52-59 makes clear references to the Lord’s Supper when Jesus says, “Very truly, I tell you, unless you eat the flesh of the Son of Man and drink his blood, you have no life in you. Those who eat my flesh and drink my blood have eternal life, and I will raise them up on the last day; for my flesh is true food and my blood is true drink. Those who eat my flesh and drink my blood abide in me, and I in them.” The bread of life sustains believers who come to Jesus, believe in him, and consume him at the Lord’s Supper.

Third, heavenly bread is not only intended for the generations of Israelites that wandered the wilderness in search of a homeland. It was not merely a thing of the past set aside for the people of Israel. The “true bread from heaven” descends from heaven and “gives life to the world” (John 6:33; see also verse 51). God’s heavenly bread is present and active in the world now and is for all people in all times.

In a related fourth point, Jesus foreshadows his own death when he claims that, “the bread that I will give for the life of the world is my flesh” (verse 51). Counterintuitively, Jesus’ own death will be the means by which life is given to the world.

Fifth and finally, Jesus the bread of life is qualitatively different from manna. The ancestors who ate manna in the wilderness ultimately died (verse 49). But “whoever eats of this bread will live forever; and the bread that I will give for the life of the world is my flesh” (verse 51).

Jesus’ audience struggled to understand his message (verses 41-42, 52) and some of them found his claims to be downright offensive (verse 60). Working Preachers, as you strain on a weekly basis to communicate the gospel to your congregations in resonant ways, remember Jesus’ own words about difficult messages and skeptical audiences: “No one can come to me unless drawn by the Father who sent me; and I will raise that person up on the last day. It is written in the prophets, ‘And they shall all be taught by God.’ Everyone who has heard and learned from the Father comes to me.” Our calling is to preach the gospel faithfully. God is the one who draws people in.