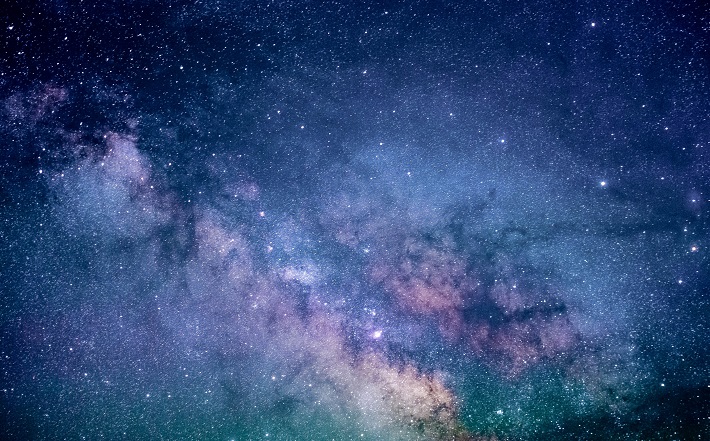 Photo by Jeremy Thomas on Unsplash; licensed under CC0.

This week’s Old Testament lectionary reading contains my favorite ambiguous antecedent in all of Scripture.

Let me acknowledge from the outset that “favorite ambiguous antecedent in Scripture” is a pretty niche category. It’s not like having a favorite color, or a favorite restaurant, or a favorite Beatles album, or even a favorite book of the Bible. Nonetheless, ambiguous antecedents—that is, places where it is unclear to whom or to what a pronoun refers—are delightful reminders that “what the Bible says” is always subject to interpretation, right down to the grammar of its sentences.

The grammatical ambiguity of Genesis 15:1-18 is in its most famous verse: “And he trusted in the LORD, and he credited it to him as righteousness” (verse 6, my translation). The first “he” in the sentence is undoubtedly Abram, since the only two characters in the passage are Abram—whose name will later be changed to Abraham—and the LORD. Less clear, however, is the next “he”—and, for that matter, the following “it” and “him.” Who is crediting what to whom here?

The default understanding of the verse is that the LORD credits (or “reckons”) Abram’s trust (or “belief”) to Abram. The NRSV makes this interpretive decision for its readers by filling in “the LORD” for that first “he.”1 This interpretation is also what Paul assumes when he uses it in Romans 4 to discuss justification by faith. (Notably, Paul appears to be following the passive-voice formulation from the Septuagint—“it was reckoned to him as righteousness”—which may lend itself more readily to the kind of cosmic accounting that would presume God, rather than Abram, as the agent.)

The alternate understanding of Genesis 15:6 is that Abram credits this encounter to God as righteousness. Such a reading is well supported by the context. God appears to Abram in a vision and promises a great reward, echoing the promises of land and descendants made in Genesis 12. Yet, for Abram, all the evidence around him points to the impossibility of these promises. Abram still has no children, and he’s had to implement an alternate plan for passing on his considerable wealth after his death. Responding to God, he cites this situation, asking pointedly, what will you give me—what could you give me—given all of these obstacles?

The possibility that one might hold God to account may seem scandalous at first, but it is a downright biblical idea. Perhaps the clearest example of that practice is in the lament psalms, wherein the psalmist reminds God of God’s past deeds and pleads with God to intervene in the psalmist’s distress. It is as if to say, if you can do all this, why aren’t you doing it now? Where is your righteousness? Where is your fidelity?

My God, my God, why have you forsaken me?
Yet you are holy, enthroned on the praises of Israel.
In you our ancestors trusted; they trusted, and you delivered them (Psalm 22:1, 3-4).

How long, LORD? Will you forget me forever?
How long will you hide your face from me?
Consider and answer me, O LORD my God! (Psalm 13:1, 3a).

In response to Abram’s questions, God draws Abram close: “He brought him outside and said, ‘Look toward heaven and count the stars, if you are able to count them.’ Then he said to him, ‘So shall your descendants be’” (Genesis 15:5). I always imagine that God wraps one arm around Abram’s shoulder and gestures toward the sky with the other as they walk outside together. Something about this exchange kindles Abram’s trust. In the face of impossible odds, Abram believes that God can and will do what God says. Thus, Abram believes God; what’s more, Abram accounts this promise as neither trap or tomfoolery, but as further evidence of God’s fidelity.

This reversal of the dominant way of understanding the pronouns in Genesis 15:6 has precedent in the passage’s history of interpretation. For example, the medieval Jewish scholar Nachmanides—also known as Ramban, an acronym for his name, Rabbi Moses ben Nahman—reads Abram as the agent of the accounting and asserts that in this scene, Abram comprehends more fully the infinite righteousness of God. The Ramban writes, “[Abram] considered it due to the righteousness of the Holy One, blessed be He, that He would give him a child under all circumstances, and not because of Abram’s state of righteousness and reward, even though He told him, Your reward shall be very great. Thus from now on he would no longer have to fear that sin might prevent the fulfillment of the promise.”2

Ultimately the ambiguities of Genesis 15:6 are unresolvable. We cannot know what the “intended” antecedents were, and even if we could, there would still be many layers of meaning to interpret here. So where do the Bible’s open questions leave the preacher who needs a definitive word for their congregation every week? Amid pandemic anxieties, wars and rumors of wars, what good is dwelling on ambiguity?

I am convinced that church should be a place where we can all learn to hold uncertainty without so much anxiety. The ambiguities of Scripture should be embraced, rather than glossed over, as an invitation to hold multiple possibilities together in tension, whether we are navigating the Bible, current events, or our own faith journeys. We can do this without letting go of the fundamental certainties of the gospel—that through Jesus Christ we are, to borrow from the hymn, “forgiven, loved, and freed.”

The Bible is not a collection of theological dogmas or inspirational truisms. It’s a compilation of many different types of literature representing many different voices and many different eras of history. Difference is an inherent characteristic of the Bible’s texts, just as difference characterizes the interpretations of those many texts through time and across communities. If we can remember that ambiguity does not so much close off certainty as open up possibility, then Scripture can serve as both a model and a companion for the spiritual practice of living in uncertain times.