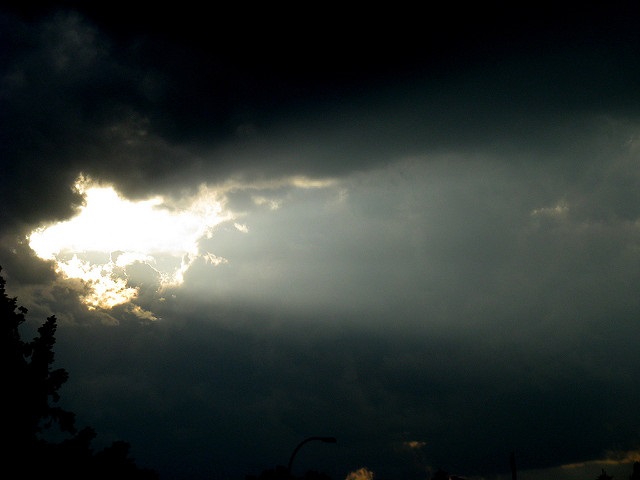 Every three years, when Year B rolls around in the lectionary, my podcast co-hosts and I inevitably have the same conversation about Mark’s version of Jesus’ baptism. Yes, we point out Mark’s use of the verb schizo, the “tearing apart” of the heavens, which is the same verb used for the temple curtain, with all of the connections and correlations you can make between baptism and crucifixion.  Yes, we talk about the second person singular address to Jesus from the heavens, affirming his identity. And yes, we also talk about our beloved professor and New Testament scholar, Donald Juel, who, for Rolf Jacobson, Matt Skinner and me, was, himself, an epiphany.

You know who those people are, or have been, in your life, right? Those people who show you a way to God that you had never seen before, never imagined before. Those people who shock you out of your theological shell, which, when that happens, has the same kind of effect as watching a great, big gaping hole appear in the firmament. Those people who tear through all of the theological and ecclesial crap that has been heaped on you over the years — often because of bad preaching and flat-out wrong interpretation of Scripture — and reveal to you the God who is for you.

Because the season of Epiphany is not just a series of epiphanic moments (you knew I had to use that term!) that reveal something about God, about Jesus. Epiphany reminds us that Jesus himself was an epiphany — the epiphany of God, for us. And this moment in Mark encapsulates this revelation. In other words, there’s more going on here than a version of the baptism of Jesus. And therefore, there needs to be more going on in our sermons this week than mere explanation of and justification for why we baptize in the Christian faith.

Lest we start sermonizing on the meaning of baptism, too quickly describing and thereby domesticating this sacrament, Mark reminds us that before baptism became the ritual it is now, it was first an epiphany — an appearance of God that we had never witnessed before. It was God ripping apart that which we thought could separate us from God so as to be with us and one of us. And it would be God splitting open the grave so that death would never, ever, be the end.

There is, of course, a lot more we could say about baptism, and we often do, but the baptism of Jesus in Mark suggests the first thing we should remember is that baptism is God’s epiphany. And, if that is the case, how we live into and out of our baptism should be shaped by this truth. Before we get too comfortable or complacent in claiming our baptismal identity, we would do well to note its charge — a charge to be an epiphany for others.

One of those preachers who is committed to a kind of preaching that is not afraid to tear down and tear apart any and all separations or stipulations, boundaries or barriers, conditions or confines that prevent epiphanies of God. And one of those preachers with the courage to give witness to God’s epiphanies but also to show your people how they can be God’s epiphany to and for others.