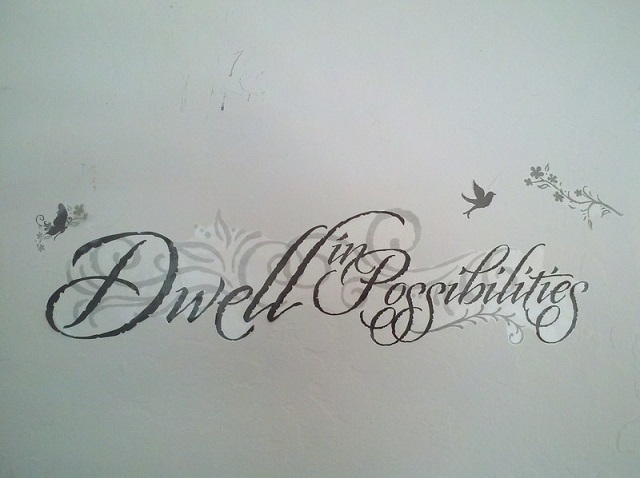 This week brings us a set of familiar, “classic” texts.

I suppose that for any congregation that uses the lectionary regularly, most weeks bring passages that have become familiar from their cyclical appearances. Nevertheless, the sixth chapter of Micah—or Micah 6:8, at least—and the Beatitudes have a higher profile than most biblical texts, showing up in church camp songs and Monty Python movies, among other places.

The trouble with familiar passages is that it’s often difficult to imagine what new or better thing can be said about them, or with them. I’ve heard several preachers name their favorite texts, such as ones allotted for Christmas and Easter, as the most difficult ones to preach on: the ones for which they already have a couple dozen sermons in their files.

Fortunately for us, this is also a week for poetry. Poetry—with its propensity for “showing” rather than “telling,” with its expansive imagery and sustained metaphors, with the ways it plays with the sounds and meanings of words—more readily opens itself to new interpretations, new possibilities. The great poet Emily Dickinson names this for us beautifully when she writes, “I dwell in Possibility — / A fairer House than Prose…” “Prose” is set up in these two lines as an antonym for “possibility,” reminding us that poetry invites us to imagine what might, in our otherwise prosaic world, seem utterly ridiculous. When we read poetry, we allow our imaginations, and perhaps even the Holy Spirit that ignites them, a little more room to breathe.

Micah 6:1-8, like so much of the prophetic corpus, is poetry. The mountains and the hills have settled into the jury box, and all of Israel is on the witness stand. Many commentators identify the genre of this text as a “covenant lawsuit.”

Please don’t let that obscure the fact that it is also, and even more so, poetry. We can fire up our imaginations, where there is room for those anachronistic ideas like “jury box” and “witness stand.” We can envision all of nature craning to listen to this dispute, islands rising up like Moana’s Te Fiti, and trees stretching tall to hear, as if they were the Ents, the walking and talking trees in Tolkien’s Lord of the Rings trilogy. We can even try out different tones for God’s speech: does God yell with rage or plead with grief—“Answer me!”? The prophet is not simply trying to tell us something; the prophet is trying to show us something.

Perhaps we would not call the Sermon on the Mount a “poem,” but the Beatitudes are certainly poetic. The repetitions and cadences give this passage a lyrical quality conducive to oral performance or even a musical setting, and the passage has an observable structure.

In the Greek, and visible as well in the English, verses 3-9 are roughly similar in length, except for verse 6 right in the middle, which draws attention to itself by its length and provides a fulcrum for the whole set. Then, the end of verse 10, “for theirs is the kingdom of heaven,” echoes the first of the beatitudes (verse 3) and provides a virtual “closing parenthesis” to verses 3-10. Finally, verses 11-12 provide a coda, again drawing attention to itself by varying from the pattern established in the preceding verses. In other words, the passage looks like a poem and sounds like a poem.

Jesus preached a poetic sermon, Working Preachers, and in it he provides inspiration for your work by the sermon’s form, not just its content. I invite you to reflect on how you can “show” rather than “tell” in your sermon this week. Moreover, I invite you—urge you!—to read more poetry, be it biblical or otherwise.

Poetry is a salve for our meme-filled world. It moves us beyond our screens and our prejudices and into a world of possibility, a world of hope. No wonder the prophets uttered poems! They’re always trying to point us past ourselves, our greed, and our fears, and toward the kingdom of God.

Lest you think I am asking you to abandon your collection of commentaries and preach solely by the seat of your imagination, I will add a caveat. Just because a text is a poem doesn’t mean it can’t also make an argument, or have important roots in an historical context. Just because a poem invokes feelings doesn’t mean a good poem will always make us feel good. A poetic imagination is not arbitrary or wholly fanciful, nor is it divorced from current realities.

On the contrary, the prophets, whose imagination Old Testament scholar Walter Brueggemann has so steadfastly championed, were quite clear-eyed about the state of the world. Micah, for example, crafts his poetic lawsuit to indict eighth-century Judah and turn them toward justice, not by abandoning reality, but by anchoring them in God’s previous saving acts. Jesus’ poetic utterances build a similar bridge between past, present, and future. As Eric Barreto has written in this week’s commentary, “Jesus’ words are not new so much as they are deeply rooted in God’s ancient promises and the ancient vision Moses shares on Mount Sinai.”

We often describe the Bible as “God’s story,” and that can be a quite useful way of conceptualizing Scripture. At the same time, if we’re always looking for the story, we might be missing the poems.

We might be so busy looking for a right answer, or an overarching theme, that we do not let the Bible transport us into its radical, ridiculous visions for the future. The prophets, as well as Jesus himself, “dwell in possibility,” and their poems invite us, too, to dwell in that “fairer house.”