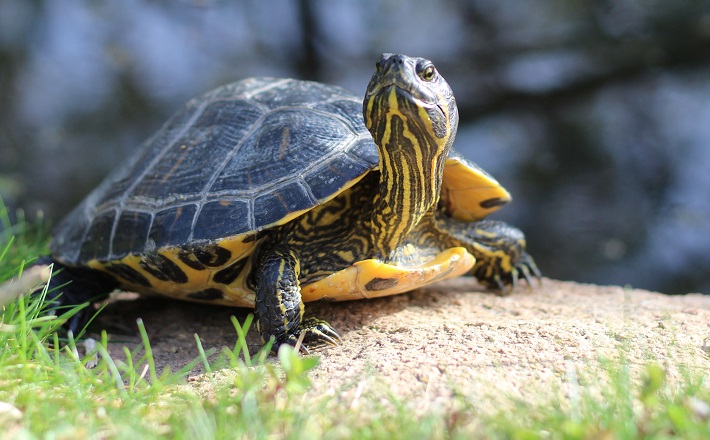 Photo by Jose Ruales on Unsplash; licensed under CC0.

So much of our lives as Christian leaders involves discernment. How are we called to address the housing crisis in our community? How is the Spirit leading us to reach out to local youth? How should we engage in contentious conversations when the divisions among our members are so deep? We just received a large sum of money with no strings attached. How should we spend it? Our congregation is closing its doors. How can we do this in a way that honors our past, provides space to mourn, and prepares the ground for what’s next? Am I called to persist in ministry or set aside my stole for good? Discernment, discernment, discernment. It pervades our everyday lives as Christian leaders.

But the tyranny of the urgent often prevents us from reflecting deeply and intentionally on the practice of discernment itself. In order to maintain our sanity in the maelstrom of church life, we resort to practicing what we’ve learned and how we’ve learned it. But this is all the more crucial as the church finds itself at a pivotal moment in the life of the church when tumult and transition seem to be a permanent state of affairs.

Acts 11:1-18 is a helpful companion in this regard. It’s a narrative about early church leaders like Peter who find themselves at a crucial theological pivot point where they are forced to do theology on the fly in response to the distinct but puzzling work of the Holy Spirit. In a classic work on theological decision making, Luke Timothy Johnson shows that this story is a fruitful conversation partner in helping the church think about the challenging work of theological discernment.1

Up to this point, the church in Acts was a Jewish phenomenon—and for very good reason. Jesus was a Jewish rabbi who did his ministry largely among Jews. Most of his followers, quite understandably, were primarily Jewish. Acts 11:1-8 narrates the end of a lengthier story (Acts 10:1—11:18) in which Peter and other church leaders come to realize that the Holy Spirit was also at work among the Gentiles.

A review of the narrative will help set the table for our conversation. Like other stories in Acts (think Ananias and Saul in Chapter 9 or Philip and the Ethiopian eunuch in Acts 8:26-40), the narrative is driven by the Spirit, which communicates through divinely inspired visions. But the visions alone don’t settle the problem of Gentile participation in the early life of the church. Deliberation, testimony, wonder, interpretation, teaching, reflection, memory, and experience are all crucial elements in how the Jewish leaders of the church in Acts 10-11 make sense of the Spirit’s work among the gentiles.

The narrative begins with Cornelius, a Roman centurion who is described in roundly positive terms: “He and all his family were devout and God-fearing; he gave generously to those in need and prayed to God regularly” (Acts 10:2). This pious man of war and agent of the empire received a vision of an angel who directs him to send for man named Peter.

While Cornelius’ servants are on the road, Peter himself receives a vision. His is far more elaborate, symbolic, and steeped in Jewish tradition than Cornelius’. The heavens open and a large sheet descends, containing all sorts of four-footed animals, as well as reptiles and birds. From there, the vision unfolds in the following way:

Then a voice told him, “Get up, Peter. Kill and eat.” “Surely not, Lord!” Peter replied. “I have never eaten anything impure or unclean.” The voice spoke to him a second time, “Do not call anything impure that God has made clean (Acts 10:13-15).

While pondering the meaning of this strange occurrence, the Spirit interrupts Peter’s reflection and tells him to go with the men who are looking for him. The vision’s significance became apparent as Peter entered into relationship with people he would have otherwise avoided. In a sign of his emerging insight, Peter not only greets these men but hosts them (Acts 10:22-24).

Peter then travels to the house of Cornelius, where he is met by a large crowd. His opening address is actually something of a confession: “You are well aware that it is against our law for a Jew to associate with or visit a Gentile. But God has shown me that I should not call anyone impure or unclean. So when I was sent for, I came without raising any objection” (Acts 10:28-29). Cornelius relates his own visionary experience to Peter and then tells the apostle that they have gathered in God’s presence to hear what Peter has to say.

Peter’s further outlines his change of heart: “I now realize how true it is that God does not show favoritism but accepts from every nation the one who fears him and does what is right” (Acts 10:34-35). These verses place Peter’s theological transformation at the center of the stage. As his interpretation indicates, the vision was not primarily concerned with changes to Jewish dietary laws. Instead, the distinctions between clean/unclean had to do with the Holy Spirit’s work among the Gentiles.

Peter’s sermon emphasizes the universality of Jesus’ reign: he is “Lord of all” (10:36) and “everyone who believes in him receives forgiveness of sins through his name” (10:43, emphases mine). But his sermon is suddenly disrupted by the Spirit, which “came on all who heard the message” (10:44). Astonished by these events, Peter concludes that “surely no one can stand in the way of their being baptized with water. They have received the Holy Spirit just as we have” (10:47).2 Their common experience of the Spirit is what ultimately leads Peter to recognize that the same Spirit that baptized them in Acts 2 had now baptized these Gentiles.

News of these remarkable events reached Jewish believers in Jerusalem, and they initially criticized Peter for entering the house of Gentiles and eating with them (Acts 11:3). This is understandable. The church of Luke-Acts was being asked to rethink its identity in fundamental, identity-altering ways. Questions of who belongs within communities are among the most important but challenging ones to ask. This is especially true in brutal colonial contexts like the one experienced by first-century Jews, whose communities offered solidarity, strength, and belonging in a world that was utterly arrayed against their flourishing.

As Luke Timothy Johnson notes, we should pay close attention to how Peter responds to these accusations: “When challenged he does not stand on his own authority as an apostle, or argue from the Scripture, for neither really covers the situation. He neither argues nor asserts. Rather, he narrates his own experience.”3

As I began to speak, the Holy Spirit came on them as he had come on us at the beginning. Then I remembered what the Lord had said: ‘John baptized with water, but you will be baptized with the Holy Spirit.’ So if God gave them the same gift he gave us who believed in the Lord Jesus Christ, who was I to think that I could stand in God’s way? When they heard this, they had no further objections and praised God, saying, “So then, even to Gentiles God has granted repentance that leads to life. (Acts 11:15-18)

Peter’s recounting of the events—seen here at the end of the story in its most mature form—weaves together his own experiences with interpretation of Jesus’ words. The events of Acts 10-11 subtly echo the end of Peter’s own sermon in Acts 2 when Peter tells his audience, “The promise is for you and your children and for all who are far off—for all whom the Lord our God will call” (Acts 2:39).

Several important lessons about discernment emerge from Acts 10. First, the work of the Spirit can often be deeply disruptive, divisive, and hard to recognize. Many American church leaders are deeply uncomfortable with conflict and disagreement in their communities. These are often interpreted as signs of sin and dysfunction—and, truth be told, they often are. As complex human systems, human communities tend to strain after equilibrium and stability, and often times this is a helpful and constructive impulse. Part of making a community trustworthy is making it predictable. But in some instances, disagreement and division are what emerge when the Spirit is doing something new. Growth inevitably involves pain, and part of the leader’s calling is to name and interpret these realities.

Second, the Spirit’s work often challenges our deepest assumptions about how Christ is present and at work in the world. As a Lutheran, for instance, I look toward things like the cross, the sacraments, and prayer as reliable places where God has promised to be available and gracious. But there are also times when the Holy Spirit works in ways that are unexpected, offensive, and downright transgressive. The fact that a thing is transgressive does not make it holy, but it can—and often is—the case that Christ frequently calls us into encounters that upend our deepest theological commitments.

Third and finally, the theological transformation that occurs in Acts 10-11 involves a mix of influences, as Luke Timothy Johnson noted above. Experience matters. Scripture matters. Memory matters. Conversation matters. Testimony matters. When the church in Acts is faced with a fundamental ecclesiological and theological dilemma, it makes space for voices and influences that span the human experience. When faced with challenging seasons of discernment, we should also make space for a variety of testimonies as we attempt to understand the Triune God’s work in our world.