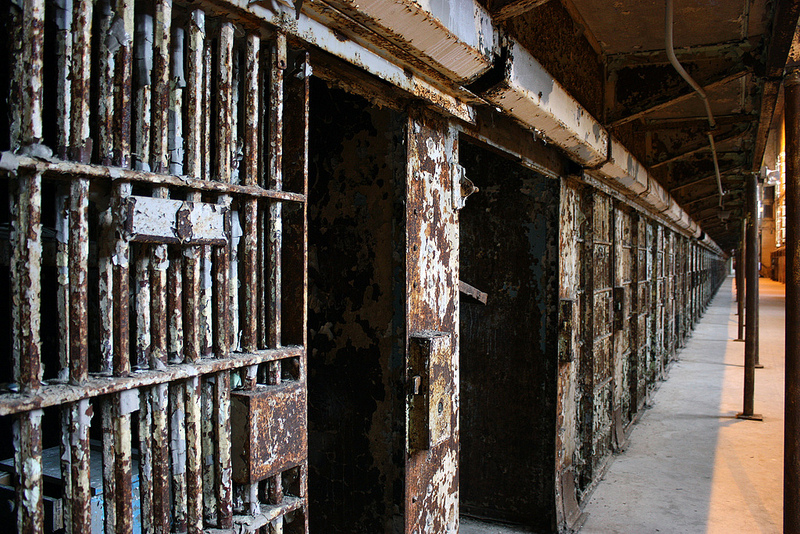 So I here’s how I imagine the background to today’s reading: John’s cell was dark and dank. Prison cells usually are. He paced back and forth, fettered less by his chains than by his misgivings. Allowed at last to see one of his followers, he sends the man to carry a message — a single question, really — that will settle his doubts once and for all. All that was left now was to wait, wait and see whether he had spent his life in vain.

Given that setting, has it ever occurred to you what an odd choice this Gospel reading is? We are, after all, now at the third week of Advent, less than two weeks from Christmas. By this time, most of us have bought our trees, decorated our houses, been to at least one holiday party, and gotten a good jump on our Christmas shopping. Not surprisingly, therefore, when we come to church we expect similar progress. We heard from John the Baptist last week, now it’s time for Mary and Joseph, isn’t it, or the angels or shepherds or something else that will help to get us into the Christmas spirit?

But no! Whoever is responsible for choosing our readings has gotten their sense of timing all wrong and instead of preparing us for the birth of the babe at Bethlehem has jumped ahead some ten chapters and thirty years into the middle of Matthew’s account of Jesus’ ministry. What an odd choice!

Or is it? According to Matthew, John the Baptist — that fire and brimstone preacher of repentance — is now in prison. Some months have passed since he baptized Jesus and proclaimed him the chosen one. Having heard about what Jesus has been up to in the meantime, John apparently is having second thoughts. And so he sends his disciples to ask Jesus, quite plainly, “Are you the one who is to come, or are we to wait for another?”

Well, that does seem a little strange — an Advent passage about John and his doubts — except … well, except that in the midst of all the planning and shopping and celebrating we’ve been frantically about, there does seem to be a greater amount of doubt and fear at this time of the year. Physicians, psychologists, and pastors all report an increase in requests for counseling, admissions to mental health facilities rise, and suicides peak right in the midst of the holiday season. And so John, it would seem, is not alone in his troubles.

To be fair, John’s failure of confidence shouldn’t really surprise us. He is, after all, in prison and, so far, what he predicted and longed for has just not arrived. For when John announced the coming of God’s kingdom and proclaimed Jesus as God’s anointed, you see, he expected the world to change; now, some months (or even years?) later, things seem all too dreadfully the same. To put it another way, what John saw in Jesus was the summation and climax of all God’s promises to Israel; now, sitting alone in a prison cell, he is still waiting for that promise to be kept. John is, at best, concerned and far more likely, disappointed.

And so it is an odd selection to hear, for this surely isn’t the John we heard from last week. But, my word, looking at John this way makes him a tremendously more sympathetic and useful character at this time of the year. For aren’t we also still waiting for the consummation of the Christmas promise? I mean, isn’t it precisely what is so wonderful about Christmas — the promises of peace on earth and goodwill among all — that is also so difficult about Christmas, as the headlines and sometimes even our homes regularly make it clear that peace and goodwill are as scarce commodities today as they were just a few months or years or millennia ago?

And so try as we might to deny the darkness of the season and our spirits by adding candles to the wreathe or presents under the tree, all it takes is the loss of a friend or a job or a loved one to prick our good-cheer bubble and leave us in a funk as dark and dank as John’s prison cell. And when this happens we too are at best concerned and far more often disappointed. Disappointed with ourselves, with the world, and even and especially with God, which feels all the worse at Christmastime.

Which is what makes this such an important sermon, Working Preacher: If we don’t speak to people’s disappointments as well as to their dreams, we fail to take their lives seriously. Maybe that’s why the beloved Christmas carol sings that “the hopes and fears of all the years are met in him tonight.”

With all this in mind, I wonder how John received Jesus’ answer. Quite frankly, I doubt it was very satisfying. Jesus instructs John’s disciples to go and tell him what they have heard and seen. But, I mean, come on, John already knew what Jesus was doing; that’s precisely what had provoked his doubts in the first place. Nor, I imagine, would John take much comfort in the rest of Jesus’ answer. “Go and tell John what you hear and see: the blind receive their sight, the lame walk, the lepers are cleansed, the deaf hear, the dead are raised, and the poor have good news brought to them. And blessed is anyone who takes no offense at me.”

What kind of answer was that? Certainly it’s not what John expected from Jesus. What John most likely looked for — and, if truth be told, what most of the time we look for too — is a strong Messiah for a strong people, a Messiah who helps those who help themselves, a Messiah who knows how to stand up for himself, a Messiah, in short, that you can be proud of.

What he gets instead is Jesus. And measured against John’s hopes and expectations, Jesus probably falls disappointingly short of the mark. I mean, let’s face it. The people Jesus seems preoccupied with — the lame, the deaf, the poor, the ill, and the dead, for heaven’s sake — these folks aren’t exactly the movers and shakers of the world, rather they are those who are moved and shaken by every whim of the rich and powerful. These people weren’t going to change things. My word, but they’re the social outcasts and economic losers of John’s day, the kind of people who can barely fend for themselves let alone help anyone else.

Why in the world, then, does Jesus make such a fuss about these folks when John, apparently at the end of his rope, asks for some sign, just some little indication, that Jesus is the One for whom John was waiting? Well … maybe it’s that all these folks do share one thing in common with John the Baptist, and that is their need.

Think about it. There’s John, pacing and pondering in his cell, who suddenly, despite his earlier fame, despite his charismatic personality, despite all his followers, despite even his mighty faith, nonetheless finds himself in a position of absolute need. And in this way he discovers that he is in complete solidarity with all those in need, with the poor and lame and outcast and all others who can boast of nothing except their dependence on God’s own grace and mercy and protection.

And here, I think, we find a clue to the last part of Jesus’ answer to John as well, the part about not being offended by Jesus. For to the degree to which we claim to have made it on our own, to not need anything we cannot earn or make or horde for ourselves, to that degree we will undoubtedly take offense at Jesus, this one born in a stable, laid in a feeding trough, and, ultimately, hanged on a cross for us. But, at just the same time, to the degree to which we admit our need and identify with all those who depend on God, to that degree we discover in Jesus a God who is, once and for all, for us.

Now, this, I know, can be a frightening, even terrifying thing. For we live in a world that simply preys on the weak. Not surprisingly, from early on we are taught to trust no one, to take nothing for granted, and to cover all the bases. And so when push comes to shove we regularly try to hide our insecurities and fears behind our houses and careers or, for that matter, our failings and infirmities. Until, that is, the word “cancer” or “downsized” or “divorce” is breathed and we know ourselves to be just as fragile and vulnerable as anyone else. And at these moments — which seem so much more common at this time of the year — the words Jesus speaks offer some measure of comfort.

This, in short, is what we prepare for during this season, as in Christ, our Emanuel, God draws near in the flesh and blood of that poor babe to take on our lot and our life so that we may know of God’s promise to be with us and for us forever.

At those moments, we know that whatever our misgivings, whatever our disappointments, God is not disappointed in us and comes to us anyway, eager to join us in our weakness, to hold onto us in our insecurity, and to comfort us in our fear. For God in Jesus came not for the strong and the proud but the weak and vulnerable. God in Jesus, in other words, came for us.

So there is John, a few weeks short of Christmas, still pacing, pounding the few steps around his short prison space, wondering and worrying whether Jesus is really the one, when all of a sudden there is a knock, an entrance, and the delivery of the long-awaited response to a heartfelt question. “John,” I imagine his disciple telling him, “Jesus told me to tell you that the blind receive their sight, the lame walk, the lepers are cleansed, the deaf hear, the dead are raised, and the poor have good news brought to them. And blessed is anyone who takes no offense at him.”

Thanks for your part, Working Preacher, in sharing this amazing Word.