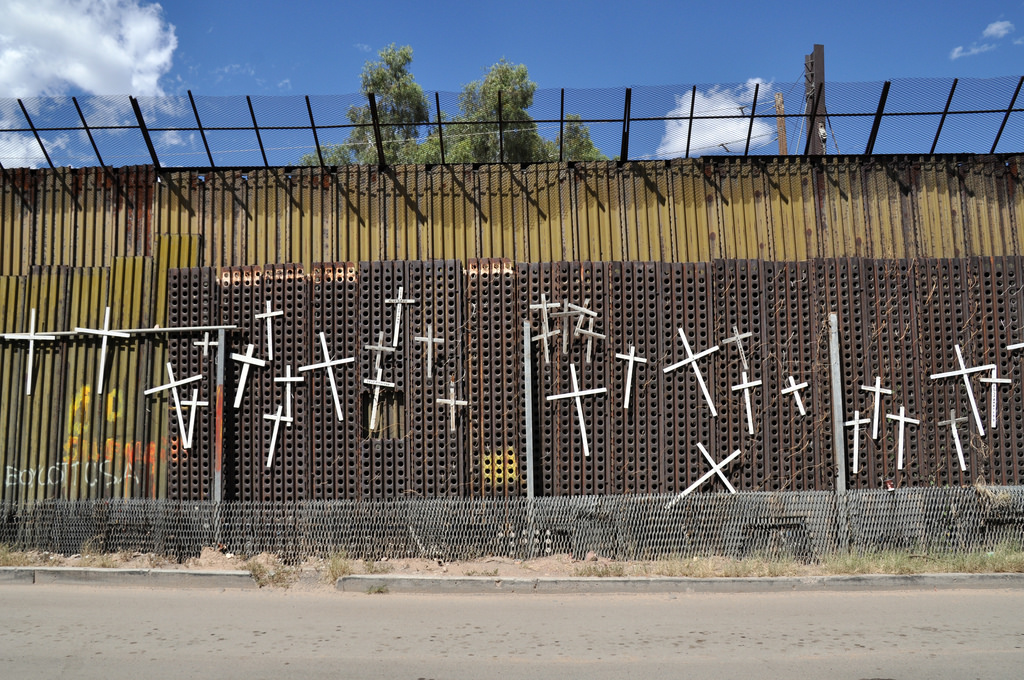 “On that day” — on what day, exactly? Inquiring minds want to know, Mark.

Well, on the same day, as it turns out, that Jesus has been talking about the Kingdom of God for quite some time. Timelines are always hard to determine in the Gospels, but as far as I can tell, it seems that the events of Mark 4 all occur on the same day. Jesus has said a lot of words, a few parables to be exact, about the Kingdom of God. Maybe that’s why he’s asleep in the boat on his comfortable pillow — he’s all talked out.

And so, verse 35 is perhaps better translated something along the lines of, “he continued to speak to them on that day.” In other words, “Let us go across to the other side” is not a single topic of conversation. This sea event follows on the heels of a lengthy presentation about the meaning of Jesus ministry. And now, Jesus’ disciples find themselves not just listening to lectures about the Kingdom of God but sailing across the very Kingdom itself.

Because, it’s one thing to have certain ordinances in mind when it comes to the Kingdom of God. It’s another thing to implement policies that are counterintuitive to the very heart of God’s reign.

It’s one thing to hold as inherent to God’s Kingdom protection and safety. It’s another thing to rip children from the arms of their mothers and fathers and put them in cages.

It’s one thing to uphold identity, as a Christian, as a nation. It’s another thing to tear identity away from a parent, from a child.

And, it’s one thing to say you believe in the growth of the reign of God, like a mustard seed, you might say. It’s another thing to reject those who desire citizenship in God’s Kingdom because of their sexual orientation and gender identity.

It’s one thing to purport that all are welcome. It’s another thing to operate with a self-ordained selection process that adjudicates the worth of others based on so-called and self-selected biblical principles that, at the end of the day, are deplorably and detrimentally decontextualized.

Early on in Mark’s Gospel, because this is ultimately what matters, because of what is at stake, the disciples need a lesson on the implications of the Kingdom of God — and so do we.

A kingdom willing to be accountable to its own actions rather than casting culpability on those who were never at the table.

A kingdom dedicated to dissolving boundaries and borders rather than building barricades.

A kingdom recognizable by a radical resistance to any and all powers that perpetuate fear over persistence.

For you see, the Kingdom of God is not for the faint of heart, Dear Working Preachers. And the sooner the disciples, the sooner we, realize that truth, the better. We are only in Mark 4, after all. 7 chapters to go before the truth of the Kingdom of God will really be a slap in the face, a reality check.

And while Jesus is always in that “spiritual” ship with us, this sea tale reminds us that the storms that rage against God’s will, God’s vision, God’s love, God’s Kingdom, are ever present, most certainly real, and unnervingly unpredictable. Yes, Jesus is there, this is most certainly true. But more so? Be ready. Be vigilant. Be resilient. Because you just never know when that which rages against God’s reign will rear its ugly head.

It’s no random parable that precedes the predicament on the sea. Every parable prepares the disciples, prepares us, for what is to come. The sea crossing is the very space and place that we need to think about, to ponder, to experience, the truths of God’s Kingdom. No wonder Jesus sleeps.