Be Present at Our Tables 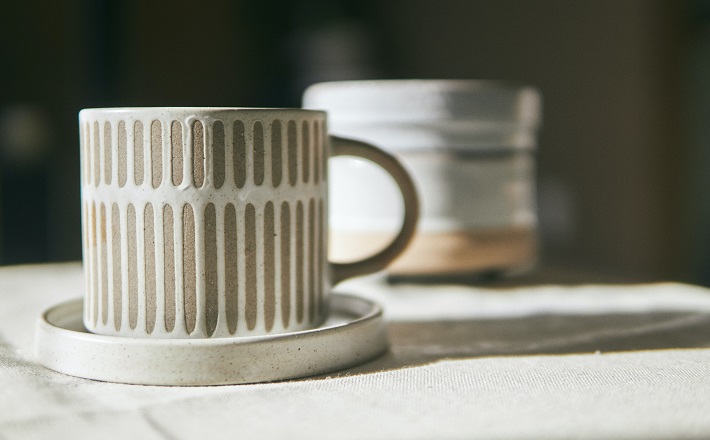 Photo by Haley Truong on Unsplash; licensed under CC0.

What’s your hook this week?

Will it be a clickbait styled one liner: Seduced by success. Blinded by might. When Christians get it wrong. Or a more subtle entry that sets up the episode in the text with a slant toward our lives today. The direct landing has the most currency with listeners who want to be affirmed in their positions—whether in agreement with you and their like-minded tribe or in disagreement. But a nuanced approach creates opportunity for slowing down to recognize ourselves in the text.

Consider how readily we encourage our listeners to identify with the helpless who is healed or the seeker who is satisfied. Do we sometimes neglect that salvation—transformation—occurs when the haughty are humbled and the domineering are dumbfounded?

Spirit-filled people of God are different from the world because of their testimony, not their titles. It’s not membership in a certain group that determines your character. It’s how we handle life, from our marriage to our money—regardless of the labels assigned by others. If your listening community includes those who have status, power, and privilege, Jesus words bring life to them also. In these moments, when so much discord creates a desire to be judge, jury, and firing squad, rereading this scene for more than ammunition takes prayer and patience.

I am reminded of my first parish, which was a wealthy congregation. The membership included many of the most successful residents of the city. I had read James Cone in seminary and came to describe God as the God of the oppressed. I nearly held as a mantra that a rich man cannot enter into the Kingdom of Heaven—that is how that verse reads, right? I only preached twice a year, so it was critical that on the occasion I was given the microphone, I gave it to them, right? In hindsight, I am grateful for my mother’s constant suggestion that more flies are caught by honey than vinegar. My role was to be not only prophet and priest, but also pastor. It was the latter role that I needed to employ in order to serve the former. I had been privileged to serve one of the conference’s notable congregations. And there I would learn that God is seeking to reconcile with ALL the world. I learned God loves the rich and powerful and wealthy of this society also. The question was: Did I love Jesus enough to truly love those God loves?

When we allow a passage to speak to us, our preaching becomes less pronouncement and more testimony. Then we are able to expose who God is and what God is doing rather than demand right behavior. As I write to you this week, I wonder if there is a witness to God we can imitate in this episode more than a demand of practices that show off our piety? The latter is in fact what became the stumbling block for some Pharisees. They had perfected the approved social practices that demonstrated rightness. And that became the problem. They demonstrated their righteousness. In these efforts of correctness, glorifying God was sidelined. So, what did I miss in the scene when I focused on the sinners?

We are reminded on this occasion that Jesus kept company with not only the outcast, but shared table with the officials. This scene does not have to be portrayed as if Jesus’ visit is to shame the host. This time maybe see these Pharisees leaning in as Jesus speaks. Unlike scholars with quick rebuttal and swift correction, the previous passage describes these teachers of the law as dumbfounded. (Seems Jesus questions do that to all of his disciples!) Unable to provide an answer to Jesus’ inquiry that would mirror the hospitality of the moment, they are maybe ready to listen now.

Take care not to paint the Pharisees with too wide a brush. Broad strokes provide examples for our listeners to do the same. Most conventional stereotypes miss the nuance of the moment described in the text. The biases, once taught, then appear as righteous motivation to disenfranchise those whom we disagree with—those whom our listeners view as campaigning wrong, reading wrong, or living wrong. When we classify the Pharisees as one sum people-group to dismiss, we invite replication of such dismissal among groups “othered” today—whether by politics, philosophy, or practices. If the nuance is captured, the honorable indignation becomes humiliating insult when we realize we have become the religious rule-keepers.

Now the ones who loved being watched were watchers. They did not yet know what to do with Jesus. The response to Jesus’ teaching took at least three years to move from curiosity to the cross. Here Luke brings Jesus to dine with the dignitaries. But Jesus never forgot those who were not yet in the room. Beginning with the room, Jesus described what he saw: Important people claiming important spaces. Yet with all they had achieved and accomplished, what they learned best was to imitate a culture of haves and have-nots. Like the Romans who exploited them, these religious leaders not only had forgotten but had burdened the less fortunate.

Jesus words still cause us discomfort. From our social media feeds to our choice of coffee shops, we draw a line that keeps out those we can describe as different. And too often different means deficient.

If I caused you to scratch your head a bit and wonder how to reread this text, consider this may be exactly what Jesus had done in this encounter. So now, the hearers at this table were willing to reconsider how much of the social practices they had embraced without reflection. Looking just like everybody else, they had opted for temporary honor rather than offering true hospitality. Aligned with their group, they separated from other groups—not merely the broad strokes of ethnicity, gender, or class. They used their own scriptures against God’s people, so that texts that were intended to reveal God to all the world became tools to divide.

After raising a few critical questions, Jesus turns to stories. Pointed illustrations that describe the moment they are living in, but turn attention to the expectations of the teachings of Scripture. The wealthy are gracious and merciful (Psalm 112). Like their ancestors, this generation has transgressed God. Jesus did get their attention like the prophet Jeremiah by calling them out. Jesus told a parable that included a hashtag from their proverbs.

You don’t have to end the sermon telling people to remember the instructions from Hebrews: “Do not neglect to do good and to share what you have, for such sacrifices are pleasing to God.” If your words land well, those who hear you on Sunday will be practicing hospitality on Wednesday in Walmart, when no one is even watching.

May Jesus be present at all your meals this week!