Be Present and Engaged 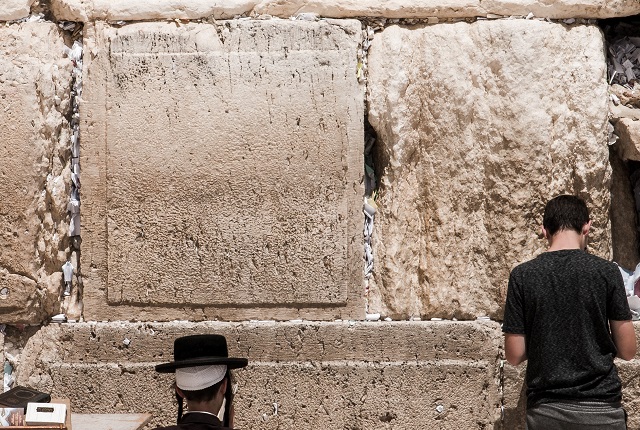 It’s a good week to read Haggai. It may or may not be a good week to preach Haggai—only you and the Holy Spirit know that for sure—but when it comes to settling in for the week’s homiletical task, Haggai is a good place to start.

That’s because this post-exilic prophet gave some great pep-talks to ancient faith leaders, and his promises from God ring through the ages: “work, for I am with you, says the LORD of hosts” (Haggai 2:4b).

The returnee community is at work rebuilding the temple in Jerusalem, but they’re still four years or so away from finishing it. Haggai specifically addresses the leadership of Yehud (the Aramaic name for Judah under Persian rule): Zerubbabel the governor, and Jeshua the high priest. I can imagine they’ve hit that point of no return that comes with any big project, when you’re too far along to start over, but you’re also so far from completing it that it seems impossible to finish it, or to finish it well.

Maybe it’s like the feeling that settles in around the bottom of the second page of every sermon!

They remember how grand the first temple was, and the new one isn’t yet measuring up. There has been conflict over who has the right to participate in the building project, while adversaries have sought to stop construction altogether. The community is trying to find a new equilibrium under the watchful eye of the Persian Empire. The leadership is in need of a word of hope, some assurance from God that God accompanies them in all their efforts. Haggai brings such a word.

Most weeks in our current era are a good time to read Haggai—or any of the early post-exilic biblical literature, like Zechariah, or Ezra, or Nehemiah, or Isaiah 40-55.

At the heart of these texts are accounts of a faith community wrestling with change in the midst of cultural and political upheaval. I imagine that description applies to many of the faith communities you know and love. These texts do not give us a roadmap through our own struggles—in fact, there are several places we might lift up as examples of what not to do.

Nor are they necessarily pithy, go-to sermon texts. Instead, they are reminders that serving God in this perpetually tumultuous world has never been an easy task. Conflict and uncertainty have always been part of the communal life of faith, and God has always promised to be present in it with us. Let Haggai bring a word for you, preacher, before you bring the word to your people.

Throughout Luke 20, Jesus spars with religious leaders at the same temple that, five hundred years earlier, Haggai helped to rebuild. The chief priests and scribes are again trying to navigate life faithfully in Judah—now Judea—under imperial domination. Persian rule has shifted to Greek rule and then to Roman rule; the kings have changed, but the stressors are largely the same. The religious leadership in Jerusalem has found yet another new, delicate equilibrium—and, for some, a measure of power. Then, here comes Jesus.

The Sadducees, like every group of officials with whom Jesus interacts in this chapter, turn to Scripture and theology as a litmus test, a secret handshake, a code to suss out how Jesus fits—or doesn’t—into their carefully negotiated webs of authority. Last week saw the world’s annual Reformation Day commemorations, and there is nothing like a look back at the last 500 years of Christian history to remind us that theological secret handshakes have continued to be exchanged, even to this day.

This is where the word of caution comes in, dear preacher: Don’t let theology get in the way of Jesus. Don’t let being “right” obscure the face of the widow, orphan, and stranger.

It’s a caution that is no more and no less operative this week than any other week, but it’s always a good week to be reminded. God is a God of the living, and the living are hungry. Thirsty. Exploited. Homeless. Abused. Overworked. Out of work. Lonely. Despairing. Addicted. They’re right there in the pews, and they’re in the streets outside the church doors. They don’t need you to win theological arguments; they need you to see them.

As Emerson Powery emphasizes in his commentary this week, text matters, but so do bodies. Powery writes: “What do God’s followers expect will happen from their interpretation of the text? Hopefully, something that will bring life, energy, meaning, and substance to the reality in which they find themselves.”

We bring the totality of our lived experiences to our reading of the Bible, and we are confident that, through the Holy Spirit, the Bible can transform not only our minds and our bodies, but also the world in which they move.

Preacher, as a “religious professional” you are regularly peppered with theological questions:

It can all be rather exhausting. But I hope you will take heart that it is much, much more important to be present and engaged with the deeply felt questions of faith and the human beings who bring them than it is to have all the right answers.

Work, preacher, for the LORD of hosts is with you.