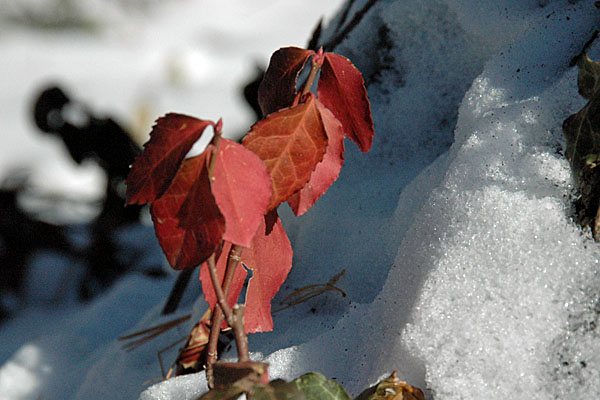 I am a perfectionist. I know this about myself and people have rarely hesitated to confirm it. Yet, typical advice to me usually goes something like this: “stop being such a perfectionist.”

For the majority of my life, it was clear that being a perfectionist was a bad thing and something that I should do everything in my power to change. But changing who you are is not that easy, especially when deep inside you believe it’s okay to be who you are, that you even like aspects about yourself that others have determined need some adjustment. I was quite comfortable with being a perfectionist. Yet others were not. Nevertheless, we seem to lean toward lives lived “on the end of strings that somebody else pulls” (Howard Thurman). And so eventually, I became convinced that being a perfectionist was not a positive characteristic and would require radical alteration and intervention.

So, I took the required personality tests. At some point, I learned that I was an ENTJISP something-or-other. As you can tell, while helpful for others, not very helpful for me. These tests were too binary in my opinion, too either/or, and probably why I have always failed miserably on multiple-choice tests. For every possible answer, I want to scream, “Can’t you see that it depends?” Same with being an E or an I, extrovert or introvert. I am always on the fence. Because, it depends.

In the meantime, I was still trying to come to terms with the perfectionist I was not supposed to be — until just about ten years ago, my therapist suggested that I take the Enneagram test.

Life-changing does not begin to describe what a difference this made for me. I am a ONE — a Perfectionist in the nine-number scale for this personality test. Well, of course, I was! My identity was confirmed! But what I learned was that there were positive things about being a ONE. Who knew? All of a sudden who I was wasn’t so bad after all. Sure, there are less than positive traits when it comes to being a perfectionist, but finally, I could embrace this essential quality of who I was and celebrate it.

What does all of this have to do with our texts for this week? I hope it is a way into Matthew 5:48, “Be perfect, therefore, as your heavenly Father is perfect.”

I suspect a good portion of the people in your pews will say something like, “Are you kidding me?” with the entirety of the demands of “perfection” lying behind the question. Furthermore, these are the last words they will hear from the Sermon on the Mount before the transition into Lent. As a result, it ends on a rather high bar when it comes to foreseen Lenten disciplines. It’s not like Jesus’ words have been easy in Matthew 5:1-47. And now, we are supposed to be perfect? This is where you can speak a powerful truth that in this time and place people need to hear. Jesus is not asking for perfection; Jesus is asking for persistence.

A quick check on this word in Greek exposes our tendencies toward misinterpretation. The word root is telos. Yes, it can be translated as “perfect” but meanings that better capture its essence are “completion, intended goal, determined end.” In other words, Jesus is not asking us to be perfect, but to persist in the goal Jesus has for us.

Being a disciple does not require perfection but a persistence toward bringing the Kingdom of Heaven to bear. As a result, this may be the week to give examples of persistence for the sake of a vision we as the church can and should see, yet others cannot. As one of my Facebook friends posted, look at the women in the New Testament who persisted: the widow and the judge. The Syrophoenician woman. The woman looking for her lost coins. Mary taking her seat at the feet of Jesus. The woman with a flow of blood who dared to touch him. The woman at the well. The women who went to the tomb. The sinful woman who washed his feet with her tears and her hair. The poor widow’s offering. His mother asking him to help out with the wine at a wedding. Mary confronting Jesus at the tomb of her brother Lazarus (thanks, Joelle Colville-Hanson). Jesus suggests that an essential characteristic of what it means to be a disciple is to persist in working toward the goal that Matthew’s Beatitudes have in mind. Anything less, it seems, could very well jeopardize the Great Commission itself. A refrain for your sermon, or for a litany this Sunday, could very well be “Because God persists, we persist” (thank you, Mary Brown).

Name your own examples of persistence. For me, who came to mind first was a colleague at Luther Seminary who persisted in eking out six more months of life before chemo took her life. I thought about Elizabeth Warren, reading the words of another persister, Coretta Scott King, only to be silenced, “She was warned. She was given an explanation. Nevertheless, she persisted.” I was reminded of so many women in ministry who in the face of daily sexism persist in their call. I recalled protesters, marchers, and resisters, who persist in calling out injustice and discrimination. I reveled in judges who persisted in upholding the essential tenets of democracy.

Dear Working Preachers, this is not the time to be perfect, but to persist. To persist toward the goal to which the Beatitudes give witness. To persist in bringing about the Kingdom of Heaven for all people in the face of continued resistance. To persist in a vision that others might not be able to see, but that you see and that you help your people see. Not toward the goal of correction, critique, or condemnation, but toward the divine end that realizes the full blessings of what God has in mind for all people.