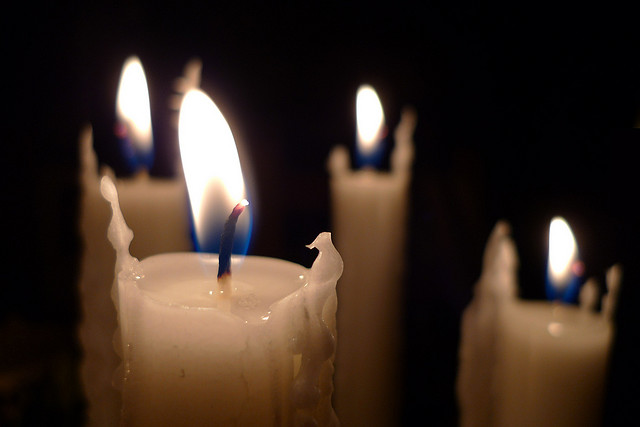 I have a feeling Mary often told this story to Jesus, much like I have told my sons the stories of their births. My family and I spent Thanksgiving in Atlanta and both of my boys were born in a suburb of Atlanta. We hadn’t been there as a family in quite some years and various events triggered retellings of their birth stories — like seeing the confirmation student to whom I was giving a violin lesson when my water broke nine weeks early at the birth of my first son; like staying with the friend whom I called when I went into labor five weeks early at the birth of my second son. Yes, you’re right. My boys kind of rolled their eyes at these stories. I imagine Jesus did, too. “Jesus, I just have to tell you this story again, the story of how you were conceived, how you were born,” Mary would say. “Again?” Jesus responded. “Yes, again. And again,” said Mary. Or, maybe this is just how she talked and how she lived. How she helped Jesus see the world. How she helped Jesus see who he was and needed to be.

If there was a more important time to hear Mary’s words, I do not know when that would be. Hang on every word, every sentence, every turn of phrase. This is a sermon for our time. This is a sermon for now. Mary’s song is your sermon. You could take any line in the Magnifcat and preach a whole sermon on that one phrase, that one truth, that her world needed to experience and that our world desperately needs to hear. But especially hear these words, “He has helped his servant Israel, in remembrance of his mercy, according to the promise he made to our ancestors, to Abraham and to his descendants forever.”

Advent holds many themes, but the witness of Mary reminds us that Advent is about God’s promise of mercy.

I need that right now. Remembrance of God’s mercy. Can we even recall what it feels like know mercy? To feel mercy toward others? To extend mercy? Well, even if we can’t, God does. There’s the promise. Thank you, Mary.

According to Merriam-Webster, mercy is “kind or forgiving treatment of someone who could be treated harshly; it is kindness or help given to people who are in a very bad or desperate situation.”

Wow, is mercy ever hard to come by these days. Yet, here’s Mary. And I suspect that not much mercy was ever extended to her. For all intents and purposes, she should have been overlooked, even rejected. She should have been dismissed from her community, distrusted, disbelieved, and doubted. She should have been silenced, separated out as one not worthy of God’s love, let alone one trusted to testify to God’s love for the least in the world. Which is why in her song she has to give witness to how much God’s mercy matters, what difference it makes, for her. In her case, it meant that she was seen and regarded. She was cared for and called. She was lifted up and because she was, so also all of the lowly will know that promise, too. This is also God’s promise — that those we would assume are “against” God are remarkable witnesses for God.

I haven’t seen much mercy lately, have you? And it’s just getting worse — every single day. There are many ways that we might respond to religious rejection, prejudice, fanaticism, narrowness, and bigotry. There are many principles, many mantras, many bible verses that would suffice to articulate God’s ways when the ways of the world seem to have taken over. But this week, on this last Sunday in Advent, what difference would it make if our starting point were mercy? If we sang Mary’s song? A song to sing instead of talk of indifference and intolerance? A song to sing instead of speaking words of hate and fear? A song to sing instead of closed mouths, unwilling to speak up for or speak out against? Mary’s song would make our world a different place, a better place, a place where we might even catch a glimpse of the kingdom of God.