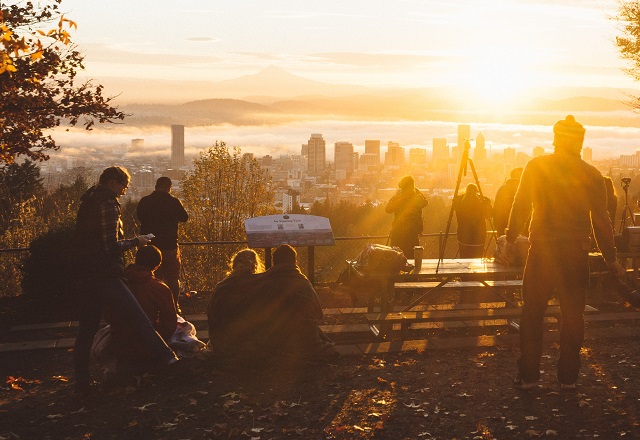 Epiphany greetings to you! And thanks for what you do, preaching the word in season and out. May the light of God—revealed in the ministry, death, and resurrection of Jesus the Christ—shine through your preaching this season, to lighten the darkness.

This week’s Gospel reading from Matthew 4 might seem at first blush to be nothing more than a historical report, setting up the more exciting theological chapters that follow in the Sermon on the Mount (Matthew 5-7). One might simply be inclined to treat this as a report that after John’s arrest, Jesus began his public ministry and then an account of his first actions: a summary of his proclamation, the call of the first disciples, and then a vague report of some healings.

But there is more here for the working preacher than what might at first meet the eye. This brief passage might serve to remind each of us what our callings as working preachers are truly about.

Change your way of thinking!

Jesus’ initial proclamation is normally translated as “Repent, for the kingdom of God has come near!” In most cultures, this call to “repent” is understood morally as a call to set aside the ways of sin and to turn to God in righteous living. If so understood, most preachers might be inclined to regard the preaching office in primarily moral categories. In this register of thinking, the task is then to expose, motivate, and admonish people to one’s own understanding of righteous living.

The Greek imperative metanoeite is more accurately understood something like “Be of a new mind!” Or, perhaps as “Change your way of thinking!” Or most simply, “Wrap your mind around this!” The reminder here to the preacher is that our office is not to be yet one more preacher of moral righteousness—even if the moral righteousness we proclaim is from God. The world is already full of just preachers—preachers of morality, law, righteousness, ethics. The world has plenty of such preachers—preachers of bad news and repentance.

It is a reality marked by the forgiveness of sins, the resurrection of the dead, the new creation of all that is dead and fallen, and the reconciliation of all things to God.

It is the announcement that none—not one—of the common-sense ways of thinking of the world has understood or ever could understand the mind of God. No religion, no political system, no economic system, no artistic vision can ever understand the mind of God. The cross, after all, is foolishness and a stumbling block to the best ways of worldly thinking. Nobody could ever make it up, because our minds are simply not capable of grasping how differently God works.

The cross is the ultimate statement of this different reality. But this alternate reality is also variously imagined in Scripture as the in-breaking of the peaceable kingdom (Isaiah 11), the banquet feast proclaiming the death of death (Isaiah 25), or the dawn of the new and eternal Jerusalem (Revelation). This is not just a different morality, it is a completely different reality.

And at the end of this week’s reading from Matthew, the alternate gospel reality of the kingdom of God is given a tangible imagination by the picture it draws of the sort of community that Jesus the Christ gathers around himself. Check it out:

Jesus went throughout Galilee, teaching in their synagogues and proclaiming the good news of the kingdom and curing every disease and every sickness among the people. So his fame spread throughout all Syria, and they brought to him all the sick, those who were afflicted with various diseases and pains, demoniacs, epileptics, and paralytics, and he cured them (Matthew 4:23-24).

What a beautiful community! What an alternative vision of the kingdom! Disabled folks, sick folks, ill folks of every kind. And folks of all sorts of ethnicities and religions. Not just Jews from Galilee, but Syrians and probably other gentiles. Jesus goes on to give a theological commentary on these new communities in the Beatitudes—but we’ll get there in a few weeks.

For now, simply wrap your minds around this much—the beautiful vision of the peaceable kingdom here that matches that of Isaiah 11 for its beauty and counter-cultural strangeness.

And wrap your mind around this vision of the working preacher’s call—the call not just to be another preacher of morality, but the proclaimer of an alternative reality. A reality in which sins are forgiveness, grave are split open, lives are transformed, and God’s alternative-and-preferred future for the world becomes a reality.

Thanks for what you do, Working Preacher. May the light of God in Christ Jesus shine through your proclamation this week.