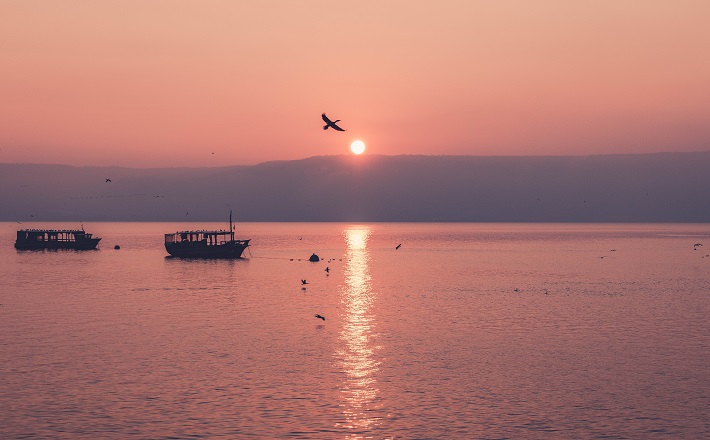 In these few verses, the Apostle Paul encourages the Corinthians to pursue a radical reorganization of their priorities and perceptions of the current reality.

To understand the import of what Paul is communicating in 1 Corinthians 7:29-31, it is important to view these verses in the context of what he has been exploring in the first part of 1 Corinthians 7. The chapter opens with Paul’s instructions regarding marriage (verses 1-16). Here, Paul explains the basic duty of spouses to one another and the reasons why one might either pursue or avoid marriage relationships. From there, Paul moves on to an encouragement for his Corinthian audience to accept their allotted station in life as a situation to which they have been called by God (verses 17-24). Finally, in the verses immediately preceding this text (verses 25-28), Paul considers the merits of a life of singleness. In short, Paul has spent most of the chapter providing instructions to govern present relationships.

While the adjacent admonitions in verses 25-28 prepare for his message in verses 29-31, it is worth observing the ways in which verses 29-31 nearly undermine the whole of what Paul has been discussing up to this point in chapter 7. That is, after spending significant time considering proper relationships, duties, and motivations for marriage, Paul essentially undoes everything he has been saying by pointing out that the “impending crisis” (verse 26) will reshape the whole of reality. Even the important marriage relationship that Paul has been at pains to explain well is irrelevant as those who have wives may as well behave as if they do not (verse 29). Paul’s apocalyptic worldview here relativizes all aspects of reality.

The shortening of time

Reality is changed because time itself is undergoing change. In verse 29, Paul speaks of the shortening of the appointed time. The particular word that Paul uses for “time” here (kairos) refers to time that is, in some way, special and distinct from normal time (chronos). The distinction between the two terms can be illustrated by two different uses of the same word “time” in English. If one were to ask for the time of day, the term chronos would be used. However, if one were to state that the time had come for a child to be born, kairos would be the appropriate term. In other words, for Paul to speak of time using kairos language here suggests that he is referring to a set season that is distinct, special, and set apart from quotidian life.

Beyond Paul’s choice of vocabulary here, the impact on this time is also of interest. Paul indicates that the time has grown short. The verb Paul uses shows up only here in the whole of the New Testament. However, its use in other ancient Greek literature is illustrative. It is used to describe the shortening of sails,1 the cowering of scared people,2 and the retrenching of armies.3 That is, the term carries a sense of being reduced, restricted, or contracted in upon oneself. There is a sense, then, that for Paul, it is not only that a particular notable eschatological event may be about to occur (though that seems to be part of what is in mind here) but rather that this special time itself is hunkering down and making preparations for a challenging obstacle.

With the contraction of time upon itself, all aspects of reality are affected. The marriage relationship is only one victim of this transformation. Emotional responses are not meaningful (verse 30a), economic transactions are worthless (verse 30b), and social engagement of any kind is pointless (verse 31a). In short, no area of life is left untouched by this apocalyptic view.

The form of the world passing away

Perhaps one of the reasons that Paul can speak so confidently about the relativization of nearly every aspect of current life is rooted in what seems to be an implicit belief that the present view of the world does not capture true reality. There appears to be a hint of this sentiment at the end of verse 31 as Paul indicates that the “form” of this world is passing away. Notably, Paul does not indicate that the world itself is passing away, merely its form.

To understand what Paul means by the “form” of the world, it is instructive to look at the only other place in Pauline literature where he uses the term: in the context of the “Christ Hymn” of Philippians 2. In Philippians 2:7, Paul notes that Christ was found in human “form.” That is, although there was a time during which Christ appeared in the form of a human, this form did not fully encapsulate the whole of his identity. It may be that Paul has something similar in mind in speaking of the passing away of the “form” of this world. While the world’s current form may be all that can be currently seen, the world itself may be awaiting the apocalyptic revelation of its full reality.

In our own time, the “impending crisis” of Paul’s imagination does not exert a significant force. People continue marrying, buying, and socializing because the long expanse of history from Paul’s time to our own has diminished the urgency that Paul seemed to have felt. However, even if our present time does not share Paul’s view of an imminent apocalyptic event, Paul’s words continue to be relevant. His call to subsume all normal areas of life under the greater good of unencumbered devotion to the Lord (verse 35) is one that can continue to offer exhortation to audiences today. That is, Paul’s words call for a re-prioritization of values that, like Jesus’ own exhortation, encourage putting stock into heavenly treasures rather than earthly ones (see Matthew 6:19-21). Present social and economic systems may crumble, but for the individual who has devoted energies elsewhere, such temporal setbacks need not be of ultimate concern.

Associate Professor and Program Director of Biblical and Theological Studies