This section of 1 Corinthians is found in the middle of a series of injunctions concerned with marriage in particular. 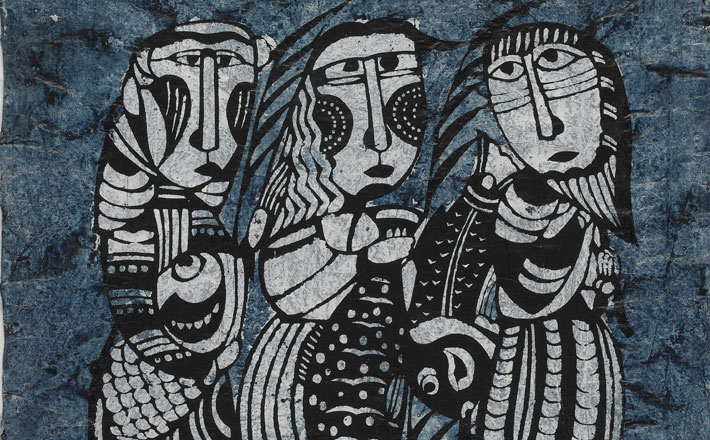 This section of 1 Corinthians is found in the middle of a series of injunctions concerned with marriage in particular.

It is closely related to what Paul writes in 1 Corinthians 7:17 where Paul admonishes his addressees to remain in the state in which they have been called. What matters to Paul thus is not so much the individual situation of each of his addressees but rather the fact that these addressees are living at a very particular time in the history of the world: the eschatological time.

Paul understands what has happened in Christ inside an apocalyptic framework, which contemporary Christians might no longer share. For Christians today, it is often the case that their relationship with Jesus Christ means salvation (present and/or future) and reconciliation to God. It might also provide a moral orientation to their life. For Paul, what happened with Christ, both his death on the cross and his being raised by God, is first and foremost an apocalyptic event. It inaugurates the end. Paul was convinced that, now that Christ has come and has displayed perfect obedience in his death, the end was very near. For Paul, the end means that this world as human beings knew it was soon going to disappear and be replaced with a new creation, a restored creation. For Paul, the event of Christ means that the Christ believers now live in a new aeon, a new time period.

In this new aeon, they are the first representatives of this new, restored, saved creation and thus have a responsibility to behave as eschatological Christ believers. They are, to use Pauline language, the first fruits of the new creation, of what will happen when the world is entirely restored and saved (Romans 8:18-25). Because of the Christ believers’ particular position in time, they have a responsibility to behave in a certain manner. In 1 Corinthians 7, Paul is trying to establish this behavior in regard to marriage.

In the section of 1 Corinthians 7 that is under scrutiny, Paul broadens the discussion, and establishes a model behavior for his addressees. This model behavior is qualified by an attitude of “as if not” (os men): whatever the behavior or the quality concerned, the person should act as if that behavior did not really exist or matter. Paul’s examples of behavior “as if not” are framed by two affirmations about what time it is. In 1 Corinthians 7:29, Paul writes, “the appointed time has grown short,” and in 1 Corinthians 7:31, he says, “For the present form of this world is passing away.” Thus if one correctly understands where one stands in relationship to cosmological time, one should be in a position to correctly understand what Paul asks when he demands that one behaves “as if not.”

I find this section and the examples Paul uses puzzling: he discusses those who are married, those who are crying, those who are rejoicing, those who are involved in commercial transaction, and finally those who benefit from the world. There seems to be no clear logic to Paul’s enumeration, and no clear relationship between the different categories. The categories are also far from exhaustive. Previously, he had added circumcision and slavery to the type of situations that should not be modified. But in the case of circumcision and slavery, Paul seemed to say that there are matters of indifference. One should not bother one way or another. Here, with the “as if not,” Paul seems to introduce another nuance. One can continue engaging in whatever behavior, but one should engage in it “as if not.” What does this mean? And how do you do it?

Before I propose on reflection on that, I should probably insist that you can only engage in “as if not” behavior at the end, in the apocalyptic age. That was Paul’s conviction: he truly believed the end had started, and this belief deeply shaped the way he wants to organize his communities. In particular, they are not meant to last. Thus, we have to be profoundly aware that we are no longer in Paul’s context at all. The end did not come in the first century, and the Christ-believers’ communities developed in Christian churches that definitely became lasting.

Agamben on “as if not”

In his commentary on the first verse of the epistle to the Romans, the Italian philosopher Giorgio Agamben proposes a reflection on the concept of “calling,” of “vocation,” in relationship to this living “as if not” that Paul discusses in 1 Corinthians.1 For Agamben, living “as if not” is characteristic of the messianic time, and related to the concept of vocation, of calling. Agamben defines the “as if not” as a technical term for Paul: it prepares the end of each condition, whatever it might be. This is why Paul can frame the appeal to the “as if not” by a reference to the passing of the present form of this world (1 Corinthians 7:31). In this sense, each condition is relativized.

It also, as Agamben points out, clarifies why Paul mentions “those who buy as though they had no possessions, and those who deal with the world as though they had no dealings with it.” This, according to Agamben, defines messianic vocation: it is a potentiality that one can employ, and yet never possess. In the apocalyptic time, each condition (freedom, slavery, marriage, celibacy, circumcision, uncircumcision) can be used, but it can never be owned. It cancels the hold that the world can have on each one of us, not by revolting against it, but by simply cancelling it.2 This can only truly happen, however, if the Christ believers are aware of what time it is.

1 Giorgio Agamben, The Time that Remains. A Commentary on the Letter to the Romans (Stanford : Stanford University Press, 2005).

2 I rely here on Agamben’s second chapter in The Time that Remains.