Jesus’ critique is against those who criminalize truth-tellers 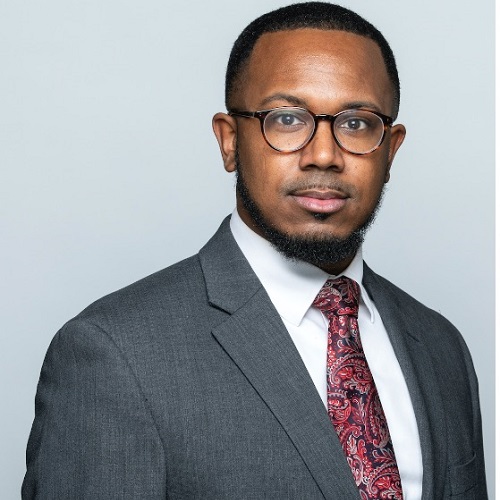 Jesus has been heading to Jerusalem since Luke 9:51, and in Luke 13:31-35 the Pharisees urge him to get there even quicker. They claim that Herod desires (thelō) to kill him (verse 31). However, Herod is not the only one who has desires. The word thelō appears two other times in this passage. The first is when Jesus responds to the Pharisees with his own desire (verse 34). The second is when his desires are tragically countered by Jerusalem, which does not desire what Jesus the Prophet does (verse 34). These desires expose key features of Luke’s drama as Jesus journeys toward execution in Jerusalem.

Readers familiar with the gospels may recall that the Pharisees are often juxtaposed against Jesus and his work. It is worth noting that Jesus pronounced woes against Pharisees in Luke 11:42-44. On the one hand, when they suggest to Jesus that Herod desires to kill him, their claim could read as propaganda to scare Jesus out of town. On the other hand, Luke has previously demonstrated that Herod has no problem imprisoning and executing outspoken prophets like John the Baptist (3:19,20; 9:9). The Pharisees could very well be telling the truth.

Outside of the New Testament, writers like Josephus positively portray the Pharisees. Even in Luke, Jesus accepts the dinner invitations of Pharisees. Jesus’ presence at those meals intimates collegiality, even though those dinners often devolve into power contests between him and his hosts.

Regardless of the trustworthiness of the Pharisees, Jesus sends them back with a message: “tell that fox that I answer to a higher authority.” Foxes in both Greek and rabbinic literature were depicted as crafty, sinister creatures. This is no compliment to Herod. Jesus insists that the tetrarch of Galilee will not hinder his work of casting out demons like Legion (Luke 8:26-39) who represent Roman military might.

Nor will King Herod’s threat prevent him from providing cures for people’s maladies. Jesus declares that he will keep working today, tomorrow and the third day when he will be completed (teleioumai). The completion on the third day, for a Christian reader, shouts resurrection. But Jesus must make a stop before resurrection. He is under divine mandate to go through Jerusalem. This necessary stop is captured by the word dei in Luke 13:33, which for Luke is associated with God’s divine purpose at work, especially in the life of Jesus.

Luke characterizes Jesus as a prophet who takes upon himself the image of the divine bird. Not quite as the eagle with a nest (Deuteronomy 32:11), but as a hen, he desires (thelō) to provide shelter under his wings (Psalm 91:4). Jesus’ prophetic work since Luke 4 has been to live out the words of an earlier prophet, Isaiah, whom he quotes saying:

“The Spirit of the Lord is upon me,

because he has anointed me

to bring good news to the poor.

He has sent me to proclaim release to the captives

and recovery of sight to the blind,

to let the oppressed go free,

to proclaim the year of the Lord’s favor.”

This message is not always accepted. When Jesus first proclaims it, he is almost thrown off a cliff in his own hometown (Luke 4:28-30). In this passage, Jesus has received another death threat, this time from Herod. He does not cower from that intimidation, but he counters it by calling him a fox. Jesus’ priority does not seem to be his own safety. He instead is primarily concerned about following the divine purpose (dei) that does not direct him away from danger. It leads him directly into it and ultimately through it.

As noted above, Luke presents Jesus as a prophet. A significant aspect of his prophetic identity is Jerusalem’s negative response to him. Jerusalem does not desire (thelō) what Jesus desires. In this way, Jesus the prophet operates similarly to philosophers like Socrates. Both claim to have messages from the divine, which land them on trial. Moreover, they both get convicted and sentenced to a death penalty by the local leadership. For Socrates, this occurs in Athens, for Jesus it is in Jerusalem. The texts portray the civic leaders as understanding the prophet/philosopher’s messages as divisive, controversial, and dangerous.

In the case of Jerusalem, rather than desiring the prophet’s message, they opt to stone those sent by God. The Torah assigns the lethal sentence of stoning to various crimes. Most relevant for our discussion are the charges of blasphemy (Leviticus 24:14, 16, 23) and apostasy (Leviticus 20:2; Deuteronomy 13:11). The leaders in Jerusalem charge those sent by God with disrespecting God and disavowing the covenant.

The prophet’s message in contradistinction declares that it is those leaders who actually violate their covenant with God. They are the ones who convict innocent people and prioritize political correctness over providing cures. Hence, their house (oikos), authority, faithfulness, and desires are empty like an uninhabited wilderness (erēmos).

Although Jesus’ words are pointed at Jerusalem, we need not make them about Jewish people more broadly. Jerusalem functions rhetorically here on several levels. First, the Jerusalem leadership would not have had the power to execute lethal sentences. Only the Romans wielded that power. Thus, Jerusalem reflects local leaders under the auspices of empire who conspire to eradicate a voice that critiqued their power and challenged their authority. Second, not everyone in Jerusalem and certainly not all Jews were opposed to Jesus and his message. Hence, there would be some that would exclaim the words from Psalm 118:26 “Blessed is the one who comes in the name of the Lord.”

Jesus’ critique is not against all Jewish people nor is it against all of the people in Jerusalem. It is against those who criminalize truth-tellers. One must remember that Jesus was Jewish. He primarily preached to Jewish people, and his critique against Jerusalem was akin to an American critiquing Washington D.C. In most cases, such a critique sounds general, but it is not against all of the people who live there. The critique is often directed toward particular problems that the critic observes about the way that things are and their desires for the way that things should be.

Jesus’ critique is against those who criminalize truth-tellers

Abram is not just concerned that he has no children, but that a slave would carry on his legacy

Was my belief stronger than my fear?