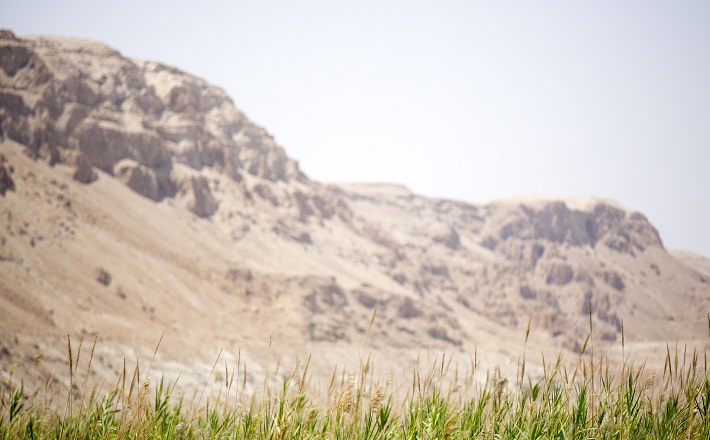 Throughout the gospel Jesus has begged people to keep quiet about his activities, but the more he urges them, the more they insist on announcing what he is up to. In the empty tomb, we finally hear a word sent by him that the followers are authorized to speak, but this time they keep quiet. Add to all this the feeling that the story ends midsentence and you have plenty to process with the faithful and those who were asked to accompany them on this high holy day.

Much that is familiar

Much of the story agrees with the accounts found in the other gospels. All of them place this story at the tomb; the time is early in the morning on the day after the Sabbath. Unlike Jesus, Mary Magdalene shows up in all the accounts.

In the three synoptic accounts, the rolling back of the stone gets play and at least one messenger announces that Jesus is not here but has been raised. Matthew, Luke, and John give clear indications that those speaking are angels. Mark leaves it for us to decide, declaring him to be a “young man (neaniskos) dressed in white.” Are we to recognize this as angelic apparel or something else? The word translated as young man makes only one other appearance in Mark’s gospel. When Jesus is arrested a neaniskos flees the scene naked (Mark 14:51).

I’m inclined to think this odd little detail is the author’s signature and confession. He tells us that as Jesus goes through death and resurrection, he too is reborn. The young man is like a baptismal candidate who enters the rite naked and afraid, but comes out of the waters rising with Jesus, robed in a fresh gown, to proclaim Jesus’ story of promise.

The story leaves many wanting more resolution, but has the restraint not to give it away cheaply. If you want to experience the risen Jesus, you have to go back to Galilee where he promises to meet us. Going back to Galilee means going back to the margins where Jesus ministered and encountering him again feeding the hungry, driving out the demons that torment people, preaching words of hope to the broken-hearted, healing those in distress, and breaking down the barrier walls that separate people. Entering into the power of God’s coming kingdom, we experience the resurrected Jesus meeting and leading us into newness.

What does resurrection newness look like? Throughout the gospel there have been numerous clues. As a storyteller who has told this whole gospel, I cannot help but notice all the times that people are “raised” (usually, egeiro). When the word is performed and combined with a gesture, it is all the more strikingly present.

Sown throughout Mark’s gospel, are stories that explain what baptismal resurrection looks like in daily life. Peter’s mother-in-law is raised out of a fever and freed to serve (1:31). A man who is paralyzed is restored to movement (2:9-12).* Levi rises up to follow Jesus leaving his tax booth behind (2:14, different verb this time, anastas).* A man marginalized by a withered hand is raised to the center of his community’s attention and is healed (3:3).* God brings about growth as people go about the rhythms of sleeping and rising (4:27).* Jesus rises in a storm to still the clattering chaos (4:38). A young girl is awakened from a deadly slumber to new life (5:41). A boy threatened with fire and water by a demon is raised into freedom from torment (9:27).* A blind beggar rises up to have Jesus restore his sight and follows Jesus on the way (10:49).

Clearly, the resurrection does not wait until the end in Mark’s gospel; it appears over and over again in Galilee as God’s kingdom breaks in with its transforming power. It also arises when Jesus invites the disciples to face their enemies with courage as Judas comes toward them with clubs and swords (14:42).* There are enough pericopes from this group that may not have been used in the RCL B year that one could preach on a different rising text for each Sunday of Eastertide.1

What has the evangelist given us and what has he denied us? The evangelist gives us a promise that is trustworthy from the mouth of Jesus. He points us toward the location that Jesus has promised to show up and gives us clues to the pattern that a resurrected life will take. Yet he refuses to give us Jesus as a possession. I sense that Mark has learned that those who believe they have the Christ in hand will use that possession as a weapon against others who do not believe. So Mark denies us that possession. Mark’s gift is too slippery to hold in a clenched fist. As one who has never seen the risen Christ unveiled before my eyes, I appreciate the evangelist’s subtle gift. We are put between the promise and its fulfillment and invited to remain there with others who know the precariousness of life.

Those in 70 CE who had seen Jerusalem destroyed might find this place the necessary place to be. Resurrection was not obvious to them as smoke rose from the ruined temple and the people they cared about were profoundly dispersed. Perhaps some who are brought to church this Easter might also find Mark’s muted message more credible than trumpet blasts with unrestrained celebration. Perhaps the same will be true for the fallible faithful who show up every week. I know it is for me.