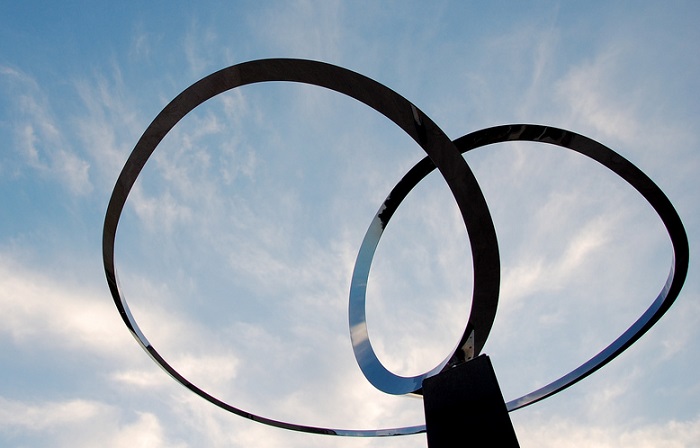 John or Mark? It’s your Easter choice this year. Two very different resurrection reports. Two unique interpretations of the empty tomb. As many of you know, I am wont to encourage preaching the specificity of each biblical author’s voice. But this year, I heard a similarity between these two Gospels that just would not let me go, a detail in each story as surprising as the resurrection itself. “He is going ahead of you to Galilee; there you will see him, just as he told you” (Mark 16:7). And in John, “But go to my brothers and say to them, “I am ascending to my Father and your Father, to my God and your God” (John 20:17). This detail? The resurrection is not the end of the story.

I suspect that maybe we already knew that. But I wonder if many of us have been afraid to preach it. After all, our churches, the church, have banked on preaching the resurrection for 2,000 years as the pivotal happening of the faith. If we didn’t have the resurrection in our ecclesial back pockets, it’s hard to know where we’d be and even harder to imagine our future.

Of course, the church has always been in the resurrection business, in fact, that’s its primary business. But how much do we stay in the comfort zone of an empty tomb? How much have we allowed the shock of an empty tomb to wear off with years of theological rationales and credal justifications for an event that simply should not be believed? How much have we kept Jesus in the tomb, saying nothing to anyone of the truth we can hardly believe?

You know what I mean, right? We go into Easter knowing who will be listening, and knowing that many of those listeners won’t be back until Easter 2019. Better to play it safe. So, we make promises that don’t really lead to any kind of purpose. We preach the good news without connecting the good news to Easter Monday. We say that the resurrection is central to our faith, but seem content to pass over or postpone its power until Easter Sunday rolls around again.

The resurrection was never the end of the story because we are called to see beyond it. No settling on the promise of new life when your life doesn’t show you believe it. No assumption of new life if you routinely reserve it only for yourself. No taking the resurrection for granted if you don’t make a way for others to be resurrected from their current and certain deaths. Abraham Heschel wrote about his participation in the 1965 civil rights march in Selma: “I felt my legs were praying.”1 When we live as if resurrection will happen every day, we might very well feel as if our bodies are resurrected here and now.

The resurrection was never the end of the story. It couldn’t be. It’s our story to keep living out, remaining vigilant in our witness when bodies continue to be left in the mass graves of complacency and compliance. To speak up when others try to leave the promise of the resurrection in the past. To resist when the powerful would try to deny that death has been overcome for all.

Resurrection means little if it is only for which we wish and has little to do how we live. Resurrection won’t matter if it stays in the confines of history or remains only a future hope without showing us a present hope in witnessing resurrection on a daily basis.

The resurrection is not the end of the story.

It’s only the beginning.