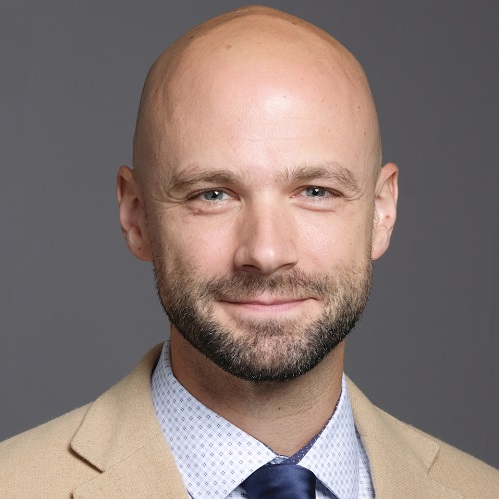 Those who are never accused
Do not realize how it changes you
Even if exonerated, you are never really excused
Like the loss of the victim, you have lost too
The ache and the pain never end
Even when freedom is gained
The support and prayers help you mend
But somewhere the hurt still remains
We think of our justice system
As being fair and right
When jurors go home, it’s over for them
The innocent are left in the dark of the night
Away from your loved ones
All you can hope for is that one day, you won’t have to fight
That you will finally get to see the sun
Time lost, you can never get back
Let your hopes and dreams never fail
Don’t give up, you cannot crack
Always believe that the truth will prevail1

We live in a season in which society—and too often churches—continues to do harm along lines of race, class, gender, sexuality, or ability. The full humanity of some is questioned, even actively denigrated, and legal codes and even theologies continue to be written that argue that someone is less than God’s full divine image because of an intrinsic human characteristic—literally the way that God made them. This poem by Jessica Romano portrays the violence that is done and the resilience amidst suffering of those who have been wrongfully convicted and incarcerated, and it portrays the harm that has been caused when the full weight of the “justice system” is used to criminalize racially minoritized people or the lower class—while the elite often commit crime with impunity.

Within this season of so much injustice, we also find ourselves in the liturgical season of Season after Pentecost, Kingdomtide, or Ordinary Time—depending on your tradition. The infrequently practiced season of Kingdomtide emphasizes acts of mercy and social concerns. This passage falls near the end of the liturgical year as Christ the King or Reign of Christ Sunday approaches. This is a day on which many churches address the social implications of God’s ongoing ministry in the world. (Note the bold. Take care to not impose Jesus on this Hebrew scripture in ways that appropriate it as a Christian document or denigrate or exclude the Jewish faith or our Jewish siblings.)

These seasons in which we may find ourselves can inform how we read this passage. This is a passage laden with unfulfilled hope and the longing to be exonerated—not just personally but in an official manner—amidst the human toll of trauma and suffering.

Much like the rest of the book of Job, this text presents challenges to the interpreter that render it difficult to arrive at tidy meanings. First, the issue of theodicy, while not mentioned in this passage, shapes the discourse and broader scriptural context out of which this passage emerges. Job is beset with an externalized and internalized theology which tells him that God is punishing him, doing violence to him and his entire family and household in a divine game between God and the devil. Yet in this passage we find Job resisting this theology, clinging onto another theological possibility, the possibility that God might exonerate him from these false charges and stand alongside him in solidarity.

Second, we find Job in the aftermath of intense trauma and suffering which has been layered over with a long and dramatic argument with his friends who are wrongfully accusing him. The physical impact of this trauma and the subsequent targeting by those who had once been dear is fearful. This is an intense example of suffering. Third, there is a tension in verses 25-27 between a desire for exoneration after death when Job’s body has been destroyed and a desire that he will encounter God’s presence and solidarity while still in his body. Noting both is crucial in our current context in which theologies that imply or explicitly state that God’s justice is only possible or intended for after death can affirm the status quo and attempt to quell pursuit of social justice today.

This ancient passage is a deeply personal utterance, but in these seasons of injustice and longing for the reign of God, it has the potential to speak more broadly into society. The longing for exoneration is paralleled in the legal system in the USA in which racially minoritized persons have long been the targets of racist laws, disproportionate policing, and wrongful convictions. Seemingly countless examples are available of wrongfully incarcerated persons seeking to be exonerated for crimes they did not commit, but for many, exonerations have come too late. In a broader sense, this also connects to the broader impositions of inferiority that occur in our society in which an unjust burden is placed on minoritized persons to prove they belong, to prove they are just as or more capable, to prove they too are worthy. Exonerations and vindications can occur on many levels and in a variety of ways.

For those who—perhaps due to some insulating social privilege—have not experienced the need for exoneration, vindication may be a helpful entry into the desire for exoneration. “See, I told you so!” These are relatable words, but they are not enough. They should draw us into the experiences of human beings who desire to be formally exonerated—like Job and like so many wrongfully convicted and incarcerated today.

Even exoneration has its limits. As was noted in the opening poem by Romano, exoneration does not repair. It may lead to repair, but it is only a first step. Exoneration cannot undo the harm for Job in this passage, nor can it completely undo the harm for those wrongfully convicted today. Attending to exoneration in these seasons, in which we find ourselves yearning for and working toward the reign of God, requires that we address the underlying systems of oppression that have created these situations of harm. A glimpse of the reign of God approaching calls us to imagine a world in which exoneration is no longer necessary, because racism and classism and all other systems of oppression have been dismantled and destroyed.