A call to take agency

Photo by Hanny Naibaho on Unsplash; licensed under CC0.
October 9, 2022 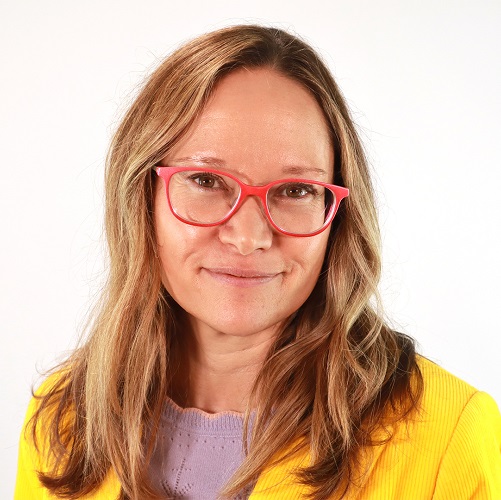 This is the main thrust of the message delivered in a letter from the prophet Jeremiah sent from Jerusalem to those who had been exiled in Babylonia.

The narrative setting and context of Jeremiah 29 is the capture and destruction of the city of Jerusalem by the Babylonian army in 586 BCE and a series of deportation and forced migration of Judeans into the Babylonian Empire including the deportation in this passage in 597 BCE. The exile of Judeans into Babylon did not happen all at once, but in waves and phases, which is why King Jeconiah, the queen mother, and various court officials, artisans, and craftspersons were forcibly migrated to Babylon (29:2) while Jeremiah and others remained, for the time being, in Jerusalem. In Jeremiah 43, we read that Jeremiah eventually migrated to Egypt, along with Johanan the son of Koreah, other military officers, and residents of Judah who were still in Jerusalem after the wave of deportations in 597 BCE.

The contents of the letter in Jeremiah 29:4-9 and following specifically address the situation of the royal court and the upper class who experienced the trauma of exile from their homeland and their forced resettlement into Babylon, a place where they were strangers.

What was the situation like for exiled members of the royal court and upper classes in Babylon? Historical sources, including cuneiform documents from the state archives of the Babylonian Empire, tell us that King Jehoiachin of Judah and his descendants were held prisoner in Babylon, along with some Judean artisans and craftspersons who worked there. Palace archives from Babylon include lists of goods from the royal palace that were delivered to people from Judah, Tyre, Ashkelon, and other locations in Media and Egypt. These archives also reference a large number of immigrants from the Levant from the years of Nebuchadnezzar II.1

From these records, we can also surmise that soldiers, craftspersons, and court officials worked in the palace and received rations from the royal palace for their work. Immigrants from many places that were forcibly relocated to Babylon worked in boatyards, carpenters, sailors, as royal messengers, and as mercenaries as hired swords (Alstola, 64-66).

What this seems to mean is that those who were forcibly exiled to Babylonia, and especially those from the royal family and court, were provided for and were given opportunities for meaningful work. For example, the oil rations given to King Jehoiachin were sizable, and much larger than the average ration given to others (Alstola, 69). Additionally, their well-being as hostages would have ensured the cooperation of the vassal king ruling for the Babylonian Empire in Jerusalem and Judah. So, although their freedom was curtailed, it does not seem that members of the royal family, merchants, craftspersons and others were permanently incarcerated or mistreated (see also 2 Kings 25:27-30 for the release of King Jehoiachin from captivity), but, rather, many were put to work in productive jobs for the empire.

This does not mean that life was easy or without great hardship in Babylon, even after amnesty was granted to the king and the royal family. A lack of agency and control over one’s situation has deleterious effects on one’s well-being. Yet the letter from Jeremiah that brings a prophetic word from YHWH to the exiles offers a word of hope, encouragement, and a call to take agency in ways that were possible during the time of exile.

The letter plainly states (29:10) that the situation of exile will not be over quickly and that only after seventy years will a restoration come, implying that the exilic community should not put their hopes in a quick end to their exile and separation from their homeland. Rather, they should embrace the good in their current circumstances and strive toward prosperity for themselves, their community, and, indeed, for the welfare of the city of Babylon itself.

The prophetic word in the letter encourages the exilic community not to abandon themselves to despair or to linger waiting for divine deliverance back to Jerusalem in the near future. The exiled Judeans are called to build, plant, eat, marry, have children, and make productive contributions to the city in which they currently live, rather than pining for the now-distant city of their homeland.

In seeking the prosperity and well-being of their city and indeed even their enemy captors, they could still honor and serve God. The letter further promises that when they do so, “then when you call upon me, I will hear you.” The prophetic pronouncement of Jeremiah in the letter also encourages that God has not abandoned them entirely, for “’I know the plans I have for you,’ says YHWH, “to give you a future with hope’” (29:11-12).

In the midst of difficult circumstances, sometimes the call of God is to dig in and find ways to thrive rather than waiting for a change in our current situation.

The borderlands of the empire

Before humbly washing in the Jordan, Naaman learns to listen to the humble around him.

A call to take agency