In Summer 2019, my family moved from Nashville, Tennessee, all the way to Portland, Oregon. 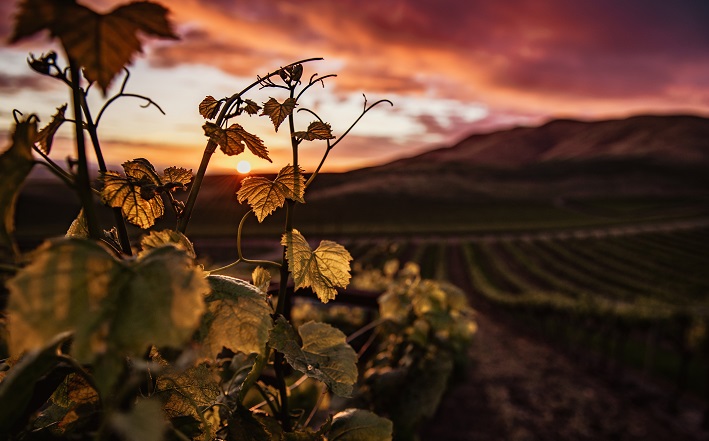 In Summer 2019, my family moved from Nashville, Tennessee, all the way to Portland, Oregon.

After living for seven years in Nashville, this Music City really felt like home to us, particularly to our two children. We decided to do something that we had never done before: take a 2,500-mile cross-country road trip.

When I pressed down on the accelerator pedal of our Honda Odyssey to begin our trip westward, I had so many mixed emotions: sad, nervous, excited, and so on. We were beginning a new phase of our lives. We stopped in Missouri, Kansas, Nebraska, Colorado, Utah, and Idaho. It was a long trip. Our seven-year-old son kept asking, “Are we there yet?” The “there” seemed too far away and quite unclear to him. All he was seeing was the journey, the roads, the trees, the other cars.

Looking back, this cross-country road trip reminds me that my family has been on the move for many years now. As an immigrant, I live an on-the-go, ever-moving, life. The near-absence of any sense of “arrival,” of getting “there,” can be difficult to process. Of course, I always long to have a stable life, to stop moving, to throw out the anchor. But an immigrant life will always be a journey marked by the absence of home, of stability. As Bulgarian-French philosopher Julia Kristeva describes it, a foreigner is “a dreamer making love with absence.”1 That feeling of absence, or the strange enjoyment of absence, follows me everywhere I go.

Paul’s description of his relationship with Jesus Christ is also like an immigrant experience. After describing his background, Paul makes this curious statement:

“Not that I have already obtained this or have already reached the goal; but I press on to make it my own, because Christ Jesus has made me his own. Beloved, I do not consider that I have made it my own; but this one thing I do: forgetting what lies behind and straining forward to what lies ahead, I press on toward the goal for the prize of the heavenly call of God in Christ Jesus” (Philippians 3:12–14).

We see here that Paul considers himself to be living in a state of in-between-ness. He is trapped or suspended in the middle of a journey. The longing for arrival is strong, but what he has in front of him is the journey. He can only press on, stay the course.

The arche (beginning) of this journey biblical scholars have long understood as Paul’s Judaic background, and the telos (goal/aim/end) is his new Christian identity. The contrast between Judaism and Christianity, Petrine and Pauline traditions, was the main framework or lens from which scholars—particularly since the time of F.C. Baur and the Tübingen school2—interpret this letter to the Philippians and the situation behind it. The idea is that Paul abandons his particularistic Jewish background and consider it as “rubbish” for the sake of a universalist Christian identity. Mark D. Nanos is correct that this view is deeply problematic for being supersessionist.3

Paul clearly shows his deep embeddedness in a Jewish tradition. He is from a Benjamite tribe, a Pharisee, zealous about his Judaic identity, and so on (see verses 3:4b-6). He describes himself as the best of the best—a rhetorical habit that appears in many of his other letters, a habit Krister Stendahl describes as “annoying.”4 But he is proud of it. Abandoning this Jewish identity should be unthinkable to him. To be clear, it is not his Jewishness that he considers as “rubbish” (verse 8), but the “gains” that he mentions in verse 7. The idea that he is blameless, that he has achieved his goal, that he has arrived, is rubbish. It is not surprising that in verse 12 he says that he has not reached the goal of being perfect—the expression e ede teteleiomai in Greek can also be translated as “or I have already been perfect.” In other words, Paul argues that he has not achieved the telos, the goal, the end, the perfection.

So how do we understand his rhetoric here? Going back to my thoughts on journeying above, Paul seems to understand himself and his life as an ongoing process, a trace (to borrow a term from Jacques Derrida).5 His existence is in between “what lies behind” and “what lies ahead” (verse 13). Using a stairwell analogy to explain the reality of identity construction, Homi Bhabha describes identity as “liminal space.” Life in the liminal space, according to Bhabha, “prevents identities at either end of it [i.e., of the stairwell] from settling into primordial polarities.”6 In other words, every identity (religious identity, ethnic identity, racial identity, gender identity, and whatnot) is a play, a dance, in between this binary of arche (beginning) and telos (end/goal).

That being said, the moment someone declares that they have arrived at an end, such rhetoric can turn into a violent negation. That is precisely what Paul did. He was “a persecutor of the church” because he thought that he was “blameless” (verse 6). Again, retrospectively, he looks back and says that this behavior, this way of thinking, is rubbish.

To know Christ is to live in a liminal space. It is to realize that no one has arrived yet. Everyone is on a journey, in the process of making.