The pressure isn’t going away

Photo by Aman Shrivastava on Unsplash; licensed under CC0.
October 3, 2021 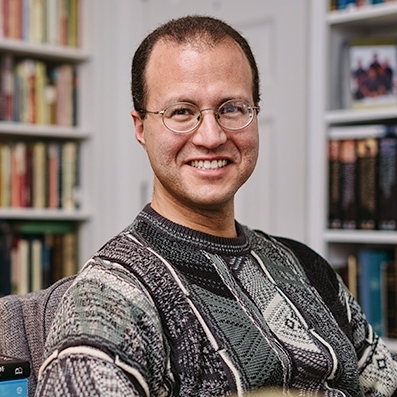 The “letter” to the Hebrews is best heard as an early Christian sermon. While the author wraps up his sermon with the usual elements of a letter’s closing, he begins not with the more banal “So-and-so, a co-worker of Paul, to the Christians in such-and-such a place,” but rather with one of the most artfully constructed sentences in the New Testament.

He acknowledges God’s utterances throughout history through the prophets, only to prioritize the definitive word that God has spoken in Jesus, referred to throughout this sermon as “Son.” Early Christian preachers like our author drew upon Jewish traditions concerning the figure of Wisdom to articulate who the Son was and what the Son was doing before “the Word became flesh” (John 1:14).

The Son is the radiance that emanates from the light that is God and bears God’s image as clearly as a coin bears the image of the die that stamped it (see Wisdom 7:25, 27). Creation came into being through the Son (see Wisdom), continues to be sustained by the Son (see Wisdom), and is destined for the Son as his inheritance. This same Son invested himself fully in the redemption of alienated human beings, making purification for sin—and the author will not fail to remind his hearers throughout the sermon by what means and at what cost to himself (as, for example, in 2:9, but also at length in 5:8-10; 9:11-10:14). The core of his sermon is his exposition of the person, character, achievement, and model of the Son, Jesus.

This is a particularly striking way to open the sermon when we consider the pastoral situation that he addresses. These believers have faced down a great deal of shaming and hostility from their neighbors, who disapprove of their withdrawal from the religious and social activities that bind a city and its people together (10:32-34), and the pressure isn’t going away (12:4; 13:3).  The ongoing assaults on the believers’ honor, economic standing, and even their persons are taking their toll on individual commitment. Some have stopped identifying with the Christian group entirely (10:25); the danger exists that others might be “drifting away” (2:1), “turning away” (3:12), and thus “falling short” of attaining the good end that God has promised for those who remain faithful (4:1, 11; 12:15).

The first place that the author directs the attention of such people is toward the Son, his exalted place in God’s cosmos, and the significance of the message God communicated through him.  He would have them ask: Where is our constant, our central point of reference in the midst of the swirling currents and pressures around us?  Are we thinking enough of Jesus, such that we prioritize how our actions in any situation reflect on him and reflect our esteem or lack of esteem for him? Are we thinking of Jesus enough—keeping his interventions on our behalf past, current, and future—sufficiently in mind to remember in the midst of any and every situation the importance of our connection with him, such that we will speak and do—with all boldness—whatever aligns with allegiance to him?

The framers of the lectionary may be excused for skipping 1:5-14, a flourish of texts from the Jewish Scriptures marshalled to demonstrate both the fact and the nature of the Son’s superior status vis-à-vis the angels. Indeed, the author seems intent on showing here—as throughout his sermon—how the bits and pieces of the “many and various” words God spoke through the prophets come together in the climactic revelation of the Son.

Their decision to skip over 2:1-4, however, is unfortunate since it represents his own statement of the “so what” regarding everything he had said to this point. Given the status of the Son, given what is at stake in connection with the salvation he has announced, given God’s own confirmation of that message through God’s Holy Spirit, we are obliged to give this message our full attention. This omission is particularly unfortunate in our current climate, in which we are called endlessly by politicians, pundits, and posts on social media to “pay attention” to so much else, all of which is of significantly less importance, and so much of which seems calculated, alas, to obscure the truth for partisan purposes rather than illumine public discourse for the common good.

In 2:5-12, the author proclaims his Christ-centered reading of Psalm 8. Modern translations like the NRSV and NIV 2011, in their laudable commitment to inclusive language, heavily obscure what the author of Hebrews sees in this psalm. Yes, the psalm is about “human beings”—about the awesome majesty of God’s creation, our relative insignificance, and yet the dignity that God has bestowed upon us.

But for this author, the psalm is also about Jesus, “the Son of Man” of whom God is mindful (Psalm 8:5). And so the masculine singular forms of the original psalm take on significance as the author reads here the announcement of Jesus’ temporary abasement below the angels in his incarnation, his subsequent exaltation, and the still-future subjection of all things to him. And thus it is in Jesus, says the author, that God is bringing about the reality of what the psalm declares concerning all human beings: it is the Son who is leading “many sons and daughters” to the glory spoken of in Psalm 8.

But why should it be “fitting” that God should make Jesus “perfect”—that is, fit Jesus for God’s goal for him (as a “merciful high priest,” 2:17) and bring him to the place where he will execute that goal (crossing into “heaven itself,” 9:24)—through sufferings? The lectionary allows us to hear part of the author’s answer in 2:11-12, namely the kinship that God has forged of the Son with the “many sons and daughters” whom God has adopted into God’s family. But the fuller answer comes in 2:14-15, 17-18. God set Jesus on the path to glory through trials and suffering because God knew that the “many sons and daughters” would traverse that path to glory. Thus God prepared Jesus to be a “merciful and reliable high priest” on our behalf (2:17-18) and offered Jesus as a paradigm and proof to those who would have to persevere through trials in the hope of glory.

The author speaks most directly at this point to Christians throughout the globe who are facing significant persecution. In so doing, he speaks to those of us who hold on our Christian confession in relative safety and even prosperity to give thought to the plight of our sisters and brothers beyond our borders—so that, by considering them, we ourselves might be spurred on to love and good works (10:24) and to “remember those in prison as if you were together with them in prison, and those who are mistreated as if you yourselves were suffering” (Hebrews 13:3 NIV).

A test case for our ability to read Scripture otherwise

Is faithful obedience just another example of a transactional relationship?

Psalm 8 conveys a distinctive sense of intimacy and directness

Discussion Questions for Ord. 26B