Photo by Francesco Alberti on Unsplash; licensed under CC0.
September 26, 2021 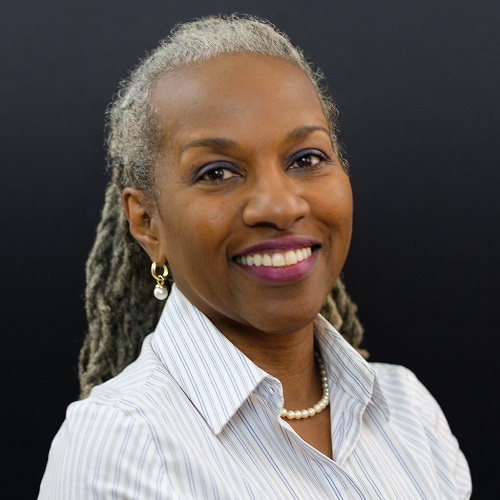 We live in a world where suffering abounds. From the lingering impacts of COVID-19, to ongoing wars and forced displacement of children and families, to devastating wildfires, earthquakes and hurricanes, people from across the U.S. and throughout the world are experiencing suffering like never before. So as the reader comes to the end of the letter of James, a letter filled with ethical teachings and moral admonitions, it is encouraging to find these timely teachings about prayer.

This closing section of the letter is signaled in verse 12 by the expression  “above all else” (pro panton de), a common marker for highlighting the end of an ancient letter (see also Plato, Republic 366b; Josephus, Jewish Antiquities 16.187). After this declaration and encouragement to use words carefully (Let your “Yes” mean yes and your “No” mean no), James raises a series of questions, which build up to what may be considered the climax of the letter in verses 13-14: the power of prayer (proseucheo) for the faithful people of God.

After each question, “Are any among you suffering? Are any cheerful? Are any among you sick?” the author provides pithy, yet poignant, instructions: “They should pray. They should sing songs of praise. They should call for the elders of the church and have them pray over them, anointing them with oil in the name of the Lord.” Here, the author is not solely concerned with individual prayer (verse 13); rather the potential and impact of a praying community is emphasized by the call of “the elders of the church” (tous presbyterous tes ekklesias) to exercise their gifts not solely in administrative oversight, but in the ministry of healing through anointing with oil in the name of the ultimate healer.

One might wonder about the focus on the cheerful in the midst of those who are suffering and those who are sick. They, too, are called to pray, albeit through the form of songs of praise. This is a sure reminder to those who have faced hardships and persevered through trials and tribulations (James 1:2), that there will also be periods of joy and times for celebration. Thus, “singing songs of praise” through good times as well as through times of great suffering or grave danger illustrates how praise and prayer are coupled together in the eyes of God.

It is no accident that faith is connected to prayer: “The prayer of faith will save the sick, and the Lord will raise them up; and anyone who has committed sins will be forgiven” (verse 15). As indicated earlier in the letter, faith (pistis) is not a passive activity. Faith is active, based on works (erga) and best summarized by the sayings: “Faith without works is dead” (2:17) and one is “justified by works and not by faith alone” (2:24).

The leaders of the Reformation, such as Martin Luther, would deem the letter of James an “epistle of straw” because of this understanding of faith, which is in stark contrast to faith based on the righteousness of God (dikaiosyne theou) through faith in Jesus Christ (Romans 3:21, 28; Galatians 2:16). Nevertheless, there is a rich tradition of those who are “doers of the word” (James 1:22) through their actions in the world and their commitment to prayer.

In times like these, we need an active faith that will save the sick and bring sinners to  forgiveness. Yet, this forgiveness is not a free pass or solely an act of grace. According to James, forgiveness requires confession of sins to those who have been wronged. The author says, “confess your sins to one another,” and pray for one another (verse 16). Confession, coupled with prayer (an action word!) leads to healing.

When we consider the original sin of our nation—racism—and the ways in which this sin and its related systemic evils multiply injustices against the poor and marginalized, the teachings in this letter about prayer and the call to engage one another through active faith are relevant for building bridges and exposing white supremacist ideologies that inform virtually every sphere of U.S. society. Although not explicitly mentioned in this passage, the need for repentance is imperative as prayers of confession and faith are unleashed in this world. There can be no healing without confession; no forgiveness without repentance; no purging of sin without prayer.

By using the example of Elijah (see also 1 Kings 17:1; 18:42-45) to exemplify the importance of the prayer of faith (he euche tes pisteos), James is not referring to prayer in an abstract sense; rather, individuals and the entire community are called to offer prayers of faith (even in the spirit of a vow or oath) that can save the sick and redeem the sinner. This prayer of the righteous is powerful and effective. “Elijah was a human being like us, and he prayed fervently that it might not rain, and for three years and six months it did not rain on the earth.  Then he prayed again, and the heaven gave rain and the earth yielded its harvest” (verses 17-18). This example of Elijah is not to be taken literally, for there are many cases when prayers are lifted and disasters still happen. So what is the author trying to say in this passage?

Over centuries, prayer has carried people from all walks of life through the most difficult of circumstances. For African Americans in particular, prayer is a foundational aspect of their faith. It is a link to the power of God—a type of “conversation” with God that exceeds anything of human origin (1:5). Prayer is the catalyst for healing, the conduit through which doors are opened, and the assurance that you will make it through today and have hope for a brighter tomorrow. Prayer changes things!

Maria W. Stewart, the nineteenth-century political writer and public orator, knew something about the power of prayer. One of her prayers is quite reminiscent of the individual and communal aspects of prayer found in James 5:15-16a. For Stewart, prayer brought the weak or sick individual (asthenes) closer to God for his or her own personal healing. But the conversation with God does not stop there. The individual also has a responsibility to seek healing and wholeness for others who are “poor and needy” or separated from God in any way.

A promise for those who remain faithful (verses 19-20)

The final two verses in this passage serve as an overall promise anchoring the entire letter. These verses loop back in a symbolic manner to the opening greeting of the letter, which is addressed to the twelve tribes in the Dispersion, or to those in the diaspora, as noted in the Greek (1:1). The author addresses his “brothers and sisters”—again appealing to the entire community; however, the reference is now to those who are scattered or dispersed doctrinally as opposed to those who are physically separated from their place of origin: “my brothers and sisters, if anyone among you wanders (planao) from the truth (tes aletheias) and is brought back by another, you should know that whoever brings back a sinner from the path of wandering (planes hodou) will save the sinner’s soul from death and will cover a multitude of sins” (5:19-20; see also 2 Timothy 4:3-4). For those who hold fast to an active faith, immersed in prayer and accountability, there is a path to life and freedom from sin.

Cooper, Valerie C. Word, Like Fire: Maria Stewart, The Bible and the Rights of African Americans. Charlottesville and London: University of Virginia Press, 2011.

Human aspiration for that which enslaves

Discussion Questions for Ord. 26B