“Those who do not learn from history are doomed to repeat it.” 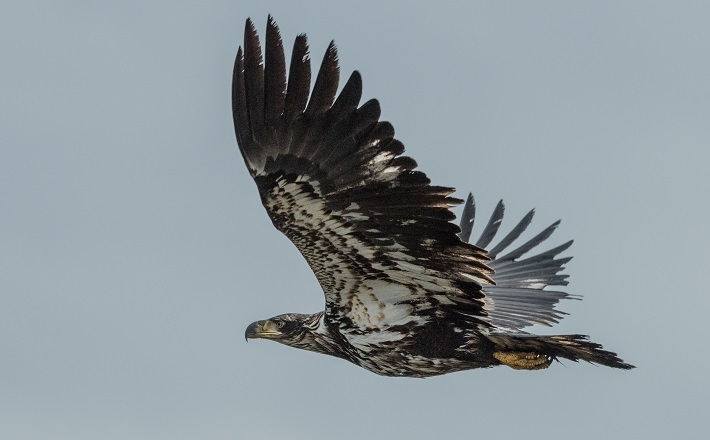 “Those who do not learn from history are doomed to repeat it.”

This aphorism generally derived from philosopher George Santayana’s quote, “Those who cannot remember the past are condemned to repeat it,”1 gives a rather pessimistic take on history and the legacy of those that have gone before.

In many ways the author of Hebrews has been using a more nuanced understanding of the idea of legacy and history to great rhetorical effect in all of this book but particularly in Hebrews 11 and 12. Chapter 11 is the much beloved Faith Hall of Fame, where the author goes through and lists a myriad of sheroes and heroes from Israel’s history that the readers are intended to emulate in their own lives. These figures from their past lived “by faith” the writer says repeatedly and rhythmically, with the implication that we are to live by faith as well, doing the impossible with faith as our motivation and strength. However, in this section of chapter 12, history is meant to serve as a different kind of motivation. The argument shifts tonally so that history is now listed as something to learn from and not repeat.

Today’s lectionary passage begins with an allusion to the fear inducing interaction between the children of Israel and God on Mt. Sinai. The scene that is depicted is literally a dark one, one that strikes me as being a bit of an embellished telling of what took place at Sinai back in Exodus.

While this seeming exaggeration serves the argument of the writer, it is important not to confuse this colorful depiction of Sinai as some kind of judgement or even degradation of what happened. Mt. Sinai, though apparently a treacherous and dangerous mountain, was a place where God’s people received God’s word even if through fear. It was a holy place even though it was a difficult place. Moses, the great liberator and leader of the people had to admit that he was exceedingly afraid and trembling before God but he was still able to be before God. The author argues though that now we do not need to be afraid of receiving God’s word, or at least not fearful in the same manner as Moses. Our revelation is not coming from a dark and dangerous mountain, but from Mount Zion, a place that is — comparatively speaking at least — peaceful and inviting. I’d caution suggesting that this new arrangement is necessarily better. Mt. Zion is different from Mt. Sinai, or just “that mountain” as it is explicitly named in the text; but I’m not sure that author wants us to believe that it is better.

When the author makes the turn to talk about the comparative benefits of Mt. Zion, preachers might do well also to name the benefits of “that mountain” so that there is a fair comparison. It is worth noting, that there is something beneficial to the witness of that mountain. Darkness, fire, tempest, trumpets, and loud words are not pleasant, but they are tangible. And as much as the author wants us to see the benefits of the peace of Mt. Zion, it seems that we must pay attention to the difficulty of hearing from the more subtle message of Mt. Zion.

Though not present in this passage, that rhythmic refrain from Hebrews 11 seems to remain; it is by faith that we are able to hear from Zion, and by faith will we be able to hear the better things of Jesus’ blood (verse 24).

It may be ultimately more desirable but I’m not sure it is easier to hear from Mt. Zion. Maybe sermons should emphasize the difference in the contexts of “that mountain” and Mt. Zion, instead of naming Mt. Zion as better. Maybe the author isn’t claiming that Mt. Zion is better than that mountain at all, but that it is different; and I wonder how our preaching opens up if we focus less on the benefits of Mt. Zion versus “that mountain” and instead on the difference of the contexts, and how these different contexts call for a different kind of preparation to receive God’s word, “by faith.”

Shaking dirt off the kingdom

After contrasting the differences between our current context of Mt. Zion and ‘that mountain’ in the first part of this passage, that latter half of this passage calls us back to a relationship of fear and trembling. Though Jesus serves as the mediator of the New Covenant, the author does not want to diminish our need to respect God’s grandeur and magnificence. God’s voice was grand enough to shake the earth before but now that voice is going to shake even the heavens. There is a sense that God’s revelation is inevitable, that all will be shaken but that it is imperative for us to cling to that which cannot be shaken, God’s Kingdom. Preachers might help our congregations name unshakable aspects of God’s Kingdom that we can anchor ourselves to in light of all the shaking that happens from God’s call and also the shaking that happens in life.

Reading this passage helps me envision God as housecleaner, shaking the dirt and dust from within God’s community such that only that which is important remains. In addition to finding places for us to anchor amid the shaking, could we also be called to follow God’s example? Maybe our preaching might help us imagine how we can join in with God’s act of shaking in our world, to knock the dust off of our witness. Our reverential response to God’s shaking and consuming presence is to shake ourselves in preparation.