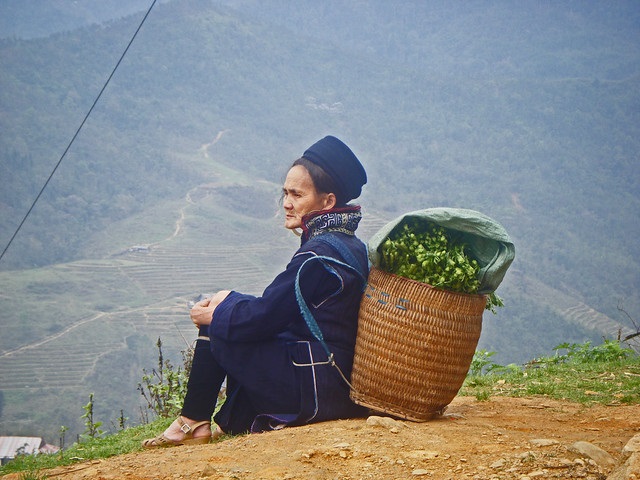 Luke closely associates Jesus’ public ministry with both the sabbath and the synagogue, beginning already in Luke 4:16-30. In fact, this week’s text (Luke 13:10-17) is the fourth of five healings to take place on the sabbath (Luke 4:31, 38; 6:6-11; 13:10; 14:1). The sabbath, it would seem, represents a rich and complicated locus of liberation for the Gospel of Luke. It is a day on which Jesus frees people from their bondage and drives back the forces of darkness.

The story begins with Jesus teaching in the synagogue on the sabbath—an entirely uncontroversial activity. Things get interesting, however, when he notices a woman who was “bent over and was quite unable to stand up straight” (verse 11). The narrative makes clear that she was oppressed by a demonic spirit that had “crippled her” (verse 11; see Luke 4:33; 9:39; 11:24). Without any exchange of words, Jesus laid his hands on her and said, “Woman, you are set free from your ailment” (verse 12). Jesus’ words and actions not only straightened her body but also to open her mouth in praise to God.

But the story doesn’t end here. An undesignated “leader of the synagogue” (probably not a Pharisee1) takes offense at Jesus’ deeds, and rebukes the crowd with a biblical citation: “There are six days on which work ought to be done; come on those days and be cured, and not on the sabbath day” (see Exodus 20:9-10; Deuteronomy 5:13-14). The leader’s rebuke initiates a legal debate about sabbath observance. At the center of this debate is whether healing on the sabbath constitutes prohibited “work.”

Using a mode of legal reasoning common to first century Judaism, Jesus argues from a lighter, less significant matter up to the weightier issue of the woman’s ailment: “Does not each of you on the sabbath untie (luei) his ox or his donkey from the manger, and lead it away to give it water?” The assumed answer, of course, is “yes.” It is both practical and permissible for an animal keeper to untie his animal and lead it to water. The easement given to animal keepers staves off death by dehydration, thus protecting not only the life of the animal but also the economic interests of the owner. In this method of argumentation, it follows that, if the less valuable animal is given an easement to stave off death, then this oppressed woman should also receive an easement for her illness. For other examples of this type of legal reasoning, see Luke 14:5 and John 7:23.

It is noteworthy that Jesus uses an example in which the “lesser” life of the animal is actually threatened by death. The warm, arid climate of Syria-Palestine could easily threaten the life of a dehydrated animal, especially during the warmer times of the year. This detail may provide a glimpse into Jesus’s evaluation of the woman’s situation. Was the woman similarly threatened by death? The text does not make this point explicitly, but Jesus’ legal analysis suggests that he also considered the woman’s life to be in imminent danger. Interpreted this way, Jesus’ healing not only set her free, but it also saved her life.

It isn’t surprising that questions of the sabbath were active in Jesus’ time. They emerged out of a very practical concern in the 2nd century BCE when hundreds of Maccabean-era Jews refused to violate the sabbath in order to defend themselves (see, for example, 1 Maccabees 22). The lesson ultimately taken from this tragic event was that sabbath laws could be broken in order to preserve life. The implications of that lesson, however, were still being worked in the first century CE.

Luke-Acts has a complicated and powerful “liberation theology.” Jesus is often depicted assaulting the forces of darkness as he frees one prisoner after another with his words and deeds (see especially Luke 4:18-19). But is also worth noting that the theme of “liberation” is integral to the sabbath itself, making it fertile symbolic ground for Luke-Acts. This liberational angle on sabbath is explicit in Deuteronomy’s version of the 10 Commandments:

Observe the sabbath day and keep it holy, as the Lord your God commanded you. Six days you shall labor and do all your work. But the seventh day is a sabbath to the LORD your God; you shall not do any work—you, or your son or your daughter, or your male or female slave, or your ox or your donkey, or any of your livestock, or the resident alien in your towns, so that your male and female slave may rest as well as you. Remember that you were a slave in the land of Egypt, and the LORD your God brought you out from there with a mighty hand and an outstretched arm; therefore the LORD your God commanded you to keep the sabbath day (Deuteronomy 5:12-15).

Whereas Exodus grounds sabbath in the seven days of creation (see Exodus 20:11), Deuteronomy grounds it in the liberation of God’s people from Egypt. Sabbath, in Deuteronomy’s account, functions as a sort of weekly “Independence Day,” on which Israel sets aside sacred time to “remember” that they were once under the oppression of Pharaoh.

The upshot is that God’s liberating work in the past was intended to shape Israel’s experience of time in the present.

But there’s more to be said here. The sabbath is a day on which the normal vocational and societal structures cease, even if only for 1/7 of human life. The sabbath is just as much for the king as it is for the animals, just as much for the Israelites as it is for the resident aliens. The sabbath belongs to all. To use Heschel’s words, it is intended to be “a palace in time”3 accessible to all irrespective of their standing in society.

The Lukan Jesus participates in this atmosphere of liberty when he heals this “daughter of Abraham” (Luke 13:16) on the sabbath. In this story, we are invited to welcome sabbath freedom in the manner of the woman, with praise (verse 13), rather than the religious leader, with scorn and indignation (verse 14).