Today’s second lesson begins the first of four weeks that are devoted to a sequential reading of the last three chapters of the Epistle to Hebrews. 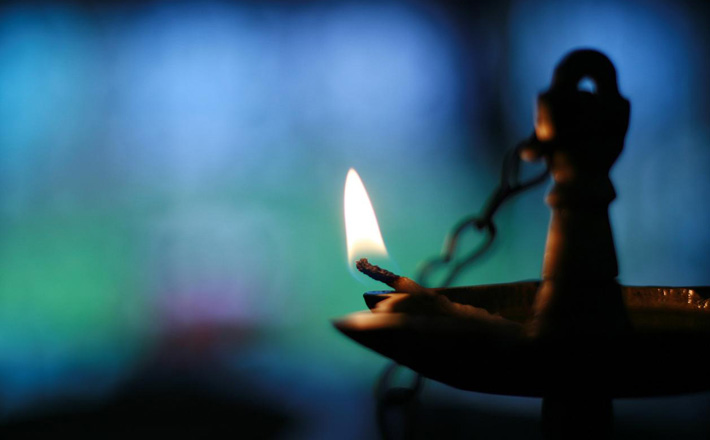 Today’s second lesson begins the first of four weeks that are devoted to a sequential reading of the last three chapters of the Epistle to Hebrews.

Only in the RCL Year B (Propers 23-28) is there a comparable dedication to Hebrew’s distinctive theological world. This “Year C” series from Hebrews provides an opportunity not only for the preacher to delve into the epistle with some intentionality over the course of a month, but also opens the door to the possibility for a sustained parish Bible study on this rich text.

The narrative arch of the four weeks’ readings from Hebrews is stunning in its reach. It begins with the famous definition of faith in 11:1, “Now faith is the assurance of things hoped for, the conviction of things not seen.” The text then quickly moves back to creation (11:3) to note that God’s Word is a power that creates “what is seen … from things that are not visible.” This statement (verse 3) can actually function as a rubric for Hebrews’ extensive reflections concerning faith through these four weeks.

Faith, rather than being something ultimately dependent upon us, comes to us at God’s own initiative which, mediated by God’s Word (cf. 1:2), engenders a hope-filled response to the promises of God. This response of trust in God makes “visible” — through the lives of the assembly of believers — what otherwise would remain “invisible.” In other words, one who trusts God’s promises is God’s own witness to the new creation that is breaking into our “everyday” visible world through the gospel of Christ Jesus. Here “resurrection,” a sub-theme in this section (11:12, 19, 35), is not only a source of such faith, but provides its patterning.

In faith (as in resurrection) God calls new life out of that which is “as good as dead” (verse 12; cf. Rom 4:17b). The gift of faith is God’s work that witnesses to that very God who “is able even to raise someone from the dead” (11:19). In short, God’s invisible work of new creation becomes visible (incarnate) in the life of the one who trusts God. As Hebrews itself puts it (and here I revert to a more “literal” understanding of the underlying Greek), “Faith is the ‘substance’ (hypostasis; in Latin, substantia) of things hoped for, the ‘proof’ (elenchus/argumentum) of things not seen.”

The readings from Hebrews for today and next Sunday will sweep through an “honors list” of those that make up the “great cloud of witnesses” (12:1). This list stretches from Abel (11:4) to the Maccabean martyrs (11:36ff). The list is tightly packed with succinct but fascinating descriptions of these pilgrims of old who — as do all of us — seek a homeland (11:14), a city prepared for them by God (11:16). They are commended for their faith in the promises of God, yet as the two final RCL Hebrews’ texts (Propers 16 and 17) also note, it is only by means of the work of Christ crucified and risen that these saints of old too can enter the City of God along with those who profess faith in Christ.

This confession of faith includes faithful service to God and neighbor (13:1-3), as well as a participation in the ongoing “festal gathering” of “the city of the living God” — the heavenly Jerusalem — in the presence of the “righteous made perfect” as well as God (“the judge of all”) and Jesus (12:22-24). One might think that this is enough! And yet Hebrews notes that there will be one more “shaking” of heaven and earth, where all that is created is finally folded into the very purpose of God (12:26-28). The visionary sweep of Hebrews’ narrative in this four-week “mini series” of texts carries us, literally, from the beginning (creation) through the middle of the story (Christ) to the end (the “unshakable” kingdom of God).

In this week’s text selection we get only the first half of the speech in praise of the OT “heroes and heroines of faith” (11:1-3, 8-16), which will completed next week (11:29-12:2). Since today’s first lesson deals with the promise given by God to Abraham (Genesis 15:1-6), the second lesson “edits” Hebrews so that Abraham is showcased in it as well. Hebrews nicely supplements the Genesis text in that Sarah is given equal billing in it with Abraham, even pointing out that Sarah “received power to conceive,” an unusual expression for the ancients since the dominant notion of the woman’s role in the production of offspring was completely passive (Note: the NRSV alternative reading for verse 11 is the better one).

Yet, because the Abraham and Sarah stories are emphasized in today’s text, missing are the wonderful expositions on Abel, Enoch, and Noah as well as one of Luther’s favorite verses, “Without faith it is impossible to please God” (verse 6). Though understandable, one should be mindful of these “dropped texts” (verse 4-7). Since Hebrews is a carefully crafted rhetorical work, all the details are important, many of which are taken up latter (e.g., the “blood of Abel” in 12:24).

The community to whom Hebrews was written had undergone great hardship, including public ridicule, confiscation of property, and imprisonment (10:32-34). Because of the pressures put upon the community, some had apostatized (6:4-6), others avoided worship (10:25). Still others were weary of the suffering and disheartened by the delay in the coming of the Lord that would confirm their belief (3:14), a belief that came at great cost. Into this situation Hebrews comes as a “word of exhortation” (13:22). As exhortation, Hebrews contains both words of (a) admonishment against “thinking of the land that they had left behind” to become followers of Christ (verse 15), as well as (b) encouragement, often in that order.

The text for today is preceded by such a flow (10:37-38) that is grounded in an exposition of Habakkuk 2:3-4, the center of which also surfaces in Paul’s exploration of God’s revelation that “my righteousness one will live by faith” (e.g., Romans 1:17). In Hebrews this claim is illustrated in Chapter 11 by the recounting of OT narratives of faith. In these narratives “faith” can be seen to incorporate both (a) “trust” in the promises of God, as well as (b) “faithfulness” to God when tested by difficult situations (or even by God).

Both aspects of “faith” are well illustrated by Abraham’s complex relationship to God (verses 8-12; 17-19). “Endurance,” then, is also an attribute of faith lived in the real world. In fact, from Hebrews’ perspective, the world of faith is the “real world.” The “real world,” then, is a world made visible by those who are drawn into the very heart of God by the divine work of faith in them. And what is the foundation of that faith? It is one’s belief that God is the source of life (and mercy and loving kindness), all appearances to the contrary.