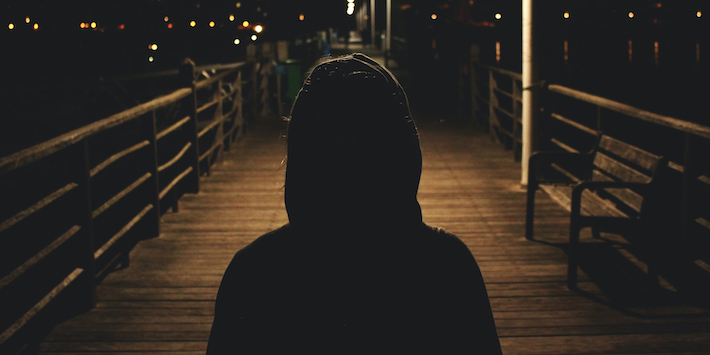 The 21st-century global church is facing a mammoth missional, spiritual, evangelical and theological uphill climb. Instead of being a global village, nations have decided to be isolated from each other. The gospel of America First, and Brexit has become a mantra and admiration of every other nation. Tragically the Church, whether Protestant, Pentecostal, or non-denominational, is also in the grip of redefining itself in relation to dogmas, liturgy, ordination questions, immigration, human sexuality, and a host of many social, political, economical, and cultural injustices. Lost in all these scenarios, is the message of the apostle Paul as we read in Ephesians 2: 11–22.

The message is simple, a celebration of unity in diversity as the heartbeat of the Gospel of Jesus Christ. The Psalmist calls on it and invites readers to think about the beauty and majesty of people who dream to live together in unity (Psalm 133: 1–3). The gospel, as Paul writes, is strong enough to bring nations, ethnic groups, tribes, races, male and female into a human relationship, where they can live together as a new eschatological community whose DNA is belief in God, faith in Jesus Christ, and unity in and through the power of the Holy Spirit.

Like circumcision, capitalism and military power have come to define and draw the boundaries of separation. The church in the so-called first world countries, uses capitalism and technology to coerce less powerful nations into their own worldview, or else those poor Christian nations will not be part of the Global Church. Instead of heeding the message of Paul in Ephesians 2: 11–22, religious leaders and evangelists have failed to persuade all people to be brothers and sisters in Christ. In reality, the people who should be united in Christ, have come to be Jews and Gentiles in more challenging, if not tragic ways.

The message of unity in diversity is urgent in the 21st century, and pastors should realize that there is no resurrection and no Pentecost without the church becoming a diversified body of Jesus Christ. In Acts 2: 1–47 Luke the evangelist says, “When the day of Pentecost came, the disciples were all together in one place, united for a purpose, namely to evangelize, missionize and proclaim the Gospel of Jesus Christ.” It would be appropriate for the church today to ask if the 21st century Church is ever united and focused on the task of social justice, evangelism, missionizing and proclaiming the Gospel of Jesus Christ? The apostle Paul uses the phrase “commonwealth of Israel,” as a metaphor signifying that Gentiles and Jews are now one family on the basis of Christ’s blood, who sacrificed his life for the entire human family (Ephesians 2: 12–14).

The creation of a new humanity through the death and resurrection of Jesus made it possible for both Jews and Gentiles to live together in a relationship of peace and reconciliation. Hence, the hostility that once existed between Jews and Gentiles was destroyed by the events of the cross. Therefore the 21st century global church is summoned to reconsider ways they can live together without walls of hostility toward each other. In other words, reconciliation is the fulfillment of God’s Covenant with the children of Abraham, Sarah, Isaac and Jacob.

The global Church, nations, ethnic groups, political and religious leaders should hear and implement the message of Ephesians 2: 11–22. While people seek to live a life of privilege, the call for unity and peace should be the agenda and mission of all humanity. In our 21st century worldview, we are experiencing a construction of walls of hostility and barriers of exclusion, leading to the resurfacing of racism, sexism, killing of innocent lives, and closing of borders. Immigrants from all over the world are experiencing rejection from their fellow human family, making the events of the cross meaningless.

Like the Mosaic law, faith communities are focused on church rules in a way that is deeply dehumanizing to others. Pastors, lay people, youth, children, and political leaders should be advocates of the atoning work of Jesus Christ. The theological notion of Jesus as an embodiment of peace should invite Christians to be agents of peace, love, reconciliation and compassion. The entire Gospel message of the death and resurrection of Jesus Christ is given meaning in Ephesians. In other words, Ephesians is a fulfillment of the Gospel message in the synoptic gospels, as well as in John’s gospel and John’s letters.

Therefore, the 21st-century global Church should use Ephesians as mirror and standard in assessing its life as the body of Christ. It is not enough to teach orthodoxy, but the church and her believers must advocate for orthopraxis, and live out the life of Jesus Christ. The Church must model a life of servanthood discipleship, as evidenced by the life of Jesus Christ in the four Gospels. Hence, pride, contempt, and intolerance toward other fellow human beings should be opposed and rejected at every level of human life. This is the warning of the apostle Paul, and it’s not just for Gentiles and Jews, but the entire human family.

The call of Ephesians 2: 11–22, is basically a summoning of all people to live together as children of one parent. If God is the parent of all humanity, polarization in all its forms should be avoided. In the face of racial tensions, the Church and its leaders as well as laity should seek to model hospitality. In other words, the Church with its mandate on building the Kingdom of God on earth, should choose to change human life by bringing love to places where hatred has become the norm. For the 21st century Church, the task of building a multicultural church is urgent, because in and around the world, we are experiencing institutional racism, hostility toward others, tribalism, and white supremacy resurfacing in ways never seen before. Hence, the message of integration and appreciation of diversity is urgently needed.

The events of the Cross brought in a new season, whereby humanity is called to reconcile with each other to live in harmony with others. While it is hard to live with many cultures, nationalities and ethnicities, the call of God on the church is summed up in one word: love. Love transcends everything in the world, and as such, the church should embody the death and resurrection of Jesus Christ.