Remembering how we got here is important. 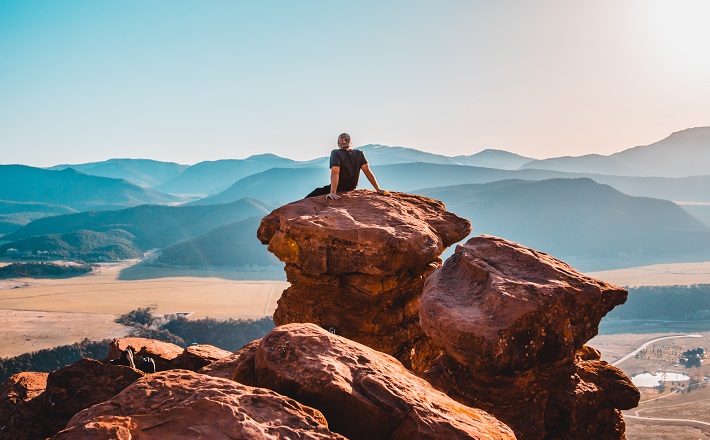 "Come away to a deserted place all by yourselves and rest a while." (Public domain image; licensed under CC0)
July 22, 2018

Remembering how we got here is important.

I value old photographs of earlier generations of my family, people whom I never actually met, because those people are nonetheless part of my story. Who I am is intimately tied to their stories, and to the boundaries that they encountered and crossed.

Ephesians 2 calls its hearers to remember their own story, but to remember it in a particular way: not necessarily the way that they experienced it at the time, but from the perspective of their present experience of God’s welcoming grace. Only from that vantage point can they see that they had been “Gentiles” (which is certainly not how they would have described themselves at the time), separated, without hope, and (despite their probable previous polytheistic practices) without God (a-theists / atheoi, verse 12). For the early church, the question of how such Gentiles could be welcomed as part of God’s people was a wrenching debate, as is seen most clearly in Acts and Galatians. Jews and Gentiles were separated by a painful and often violent history, by divergent cultures and convictions, by mutual hostility and suspicion.

This is what sin does — it divides us from one another. But now they have been made part of a story which moves from exclusion, hostility, and deprivation to welcome, reconciliation, and God’s overflowing gift.

We may feel distant from the Gentile/Jew divisions that this text declares abolished. However, we must not forget the continuing painful relationship between church and synagogue. Over the centuries the church’s side of this relationship has often violated the reconciliation claimed in this text. We also need to recognize that, despite God’s reconciling peace toward us, we have allowed other social hostilities to divide us and to cloud our view of God’s mission. In our current context, those divisions seem to revolve with particular ferocity around political parties, perspectives, and policies, and these are woven together with insidious divisions of economics, gender, and ethnicity.

The terms in which this text describes that reality might strike us as startling current: it speaks of “aliens” and of a dividing, hostile wall (verses 12, 14). We can scarcely avoid the very concrete issues regarding whom we are willing to welcome, and whom we are eager to exclude.

Faced with such continuing tensions, it may seem that the writer of Ephesians has declared “peace” a bit prematurely. However, though it may still be promise and hope, we should not miss the crucial theological claim made here. Verse 13 turns to proclaiming the good news: “But now in Christ Jesus…” By Jesus’ death on the cross, the old cultural markers of worth and status, of being “in” or “out,” have been abolished. Sin’s power to divide the world has come to its end in Christ.

This means that a new community is being formed, based not on social merit or cultural capital, but on the utterly astounding grace of God toward the whole world. We confess that in Christ God draws both those who are “near” and those who are “far away,” and we are sent as carriers of that reconciliation for the sake of the world.

In this text, it is in particular the Torah as “the law of commandments in decrees” (NET) that was effective in dividing, and now has been rendered moot (verse 15). That hardly means that we cease to care about morality (note that we join the “saints / holy ones” in verse 19), or that we stop reading books like Exodus or Deuteronomy as God’s Word for us (note how 6:2-3 quotes one of the Exodus / Deuteronomy commandments). However, the Torah as centered on demands makes “others” into “outsiders,” and so cannot overcome the alienation that sin brings with it.

Verse 17 interprets what Jesus’ ministry was centrally about: “when he came, he proclaimed peace to you who were far away and to those who were near.” How did Jesus do that? He repeatedly crossed cultural, religious, and political boundaries to reach those on the other side (women, Samaritans, lepers, Gentiles, tax collectors, sinners) and to welcome them into fellowship with himself and thus into the Kingdom of God. Crossing over such boundaries to be with the “others” was (and still is) dangerous, and was part of what got Jesus crucified. “In his flesh” (verse 14), and by the crucifixion of that flesh, he embraced both insiders and outsiders and so made peace.

By raising Jesus from the dead, God declares that the Law’s pattern of alienation is not God’s goal for the world. The Law is “abolished” (NRSV, verse 15) as the way for the church to be God’s people not because sin no longer matters, but because it is Jesus himself who defeats all sin, hostility, and alienation. This is not the pax of the Empire, for whom the cross was a brutal tool of control and oppression; instead, this is the peace of persistent, unrelenting mercy for others, as Jesus loves us all the way to death. Because of that, the church will not be defined by differences in nationality, language, marital status, sexual orientation, ethnic identity, education, political affiliation, or any of the myriad ways in which culture is determined to divide, but will be defined by Jesus who welcomed those declared “aliens” by the Law.

One danger in hearing and preaching this text is that we tend to think of ourselves as the “insiders,” and so we fall into patterns of thinking about how those “others” need to come to us and become more like us. Ephesians is talking about something more startling: a “new humanity” (verse 15) formed around and through Christ. God is still forming us into the humanity that God desires.

The verb in verse 22 is present tense: “you are being built.” This is an ongoing construction project of the Spirit, and in this new community of the cross, everyone (thanks be to God!) is being changed. That is our story to remember, and to live out through reconciling love.

Many Christians don’t have a sense of what a spiritual life is. Is it prayer? Is it reading the Bible? Is it being guided spiritually by someone?

This passage marks an important transition in the story of David and the institution of the Davidic monarchy.

Well, here you are, wondering whether to take the leap of faith and make Psalm 23 the text for — or at least an important element of — proclamation for the 9th Sunday after Pentecost.1

Remembering how we got here is important.
Print All Text Print All Commentary