What really counts is the “new creation” 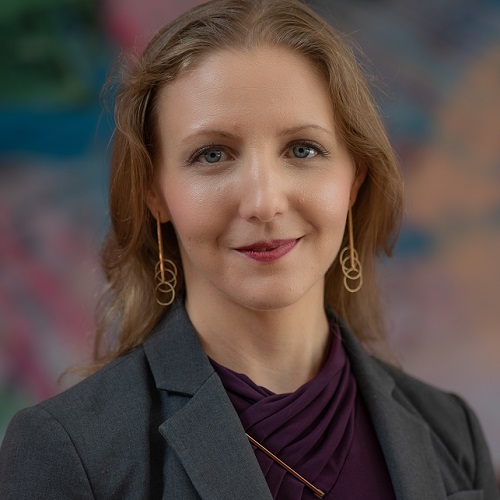 In this text readers are eavesdropping on an ongoing conversation between Paul and the Jesus communities in Galatia. History has only preserved half the conversation—Paul’s words—but not what the Galatians may have written back.

This passage is a bit like listening to someone having a phone conversation. You can intuit what the person on the other end is saying based on what you can hear from the person on your side of the phone. But it’s impossible to know the actual content of what the other person is saying.

On this side of the “phone” readers are privy to, the conversation is drawing to a close. Paul is giving his regards before he “hangs up”.

This passage functions within the parenetic section of the letter (chapters 5-6). It’s the “so what” or “why does what I’ve just said matter and what do I now call you to do about it” section. This section wraps up the letter after Paul shares his own story (chapters 1-2). It follows the part in which Paul provides evidence from the Hebrew Scriptures for how all other nations can be included alongside the Judeans in the promises of God. He describes how these nations too are brought into right relationship with the God of Israel (chapters 3-4).

While it is easy, from a Protestant perspective, to focus on what later became the theological doctrine of justification in a letter like Galatians, this text is equally concerned with ethics as evidenced by this “so what does all this really mean for our daily lives” section. In this letter being brought into right relationship with God by grace through faith in Jesus the Anointed One does not exist in abstraction from the works animated by that faith.

Faith and works function throughout Galatians as a kind of dialectic, an inseparable pair of opposites no different than how breathing in follows breathing out. That’s why Paul exhorts the Galatians to bear one another’s burdens and fulfill the law of Christ (6:2), why simultaneously each person must bear their own load (6:5), and why Paul emphasizes that a person will reap what they sow (6:7). He exhorts the Galatians to not lose heart in doing good, to not grow weary in the assurance that they will reap what they’ve planted (6:9).

These words about what the Galatians are to do in response to their faith in this third and final section of the letter include a postscript, which begins about halfway through this passage.

In 6:11 Paul takes the parchment from the scribe and writes his own P.S. (Letters in antiquity were typically dictated to a professional scribe.) He calls attention to the authenticity of this postscript by writing, “I am writing to you with my own hand.” These words are his last opportunity to drive home his point before the letter is handed over to a courier, likely another Jesus follower. Paul has a last chance here to make these words really count.

What Paul writes in his own hand in this postscript harkens back to the central controversy that prompted the writing of the letter in the first place. A little backstory is needed here for context.

Paul founded the churches in Galatia. He spent time among them as the Galatians nursed him back to health while he recovered from an injury. Paul preached among them that both Jews and Gentiles, Jews and all other nations conquered by Rome, are justified or brought into right relationship with the God of Israel, through faith in Jesus the Anointed One. Paul then leaves them to continue his calling to preach the gospel to the nations elsewhere.

After Paul leaves, other teachers arrive among the churches in Galatia preaching a different gospel, which Paul derides as not even a gospel. These other teachers tell the Galatians that to be in right relationship with God they must be circumcised. They are those “who desire to make a good showing in the flesh [who] try to compel you to be circumcised” (6:12, NASB). Paul calls these teachers hypocrites who don’t even keep the law themselves but want to boast in the Galatians being circumcised (6:13).

Paul learns what these other teachers are preaching, thinks they are absolutely wrong, and fires off this letter to the churches in Galatia to explain why. He argues through the letter that it’s not “works of the law” like circumcision that bring the believer into right relationship with God. Paul says, on the contrary, come as you are. The only thing needed to be in right relationship with God is faith in Jesus the Anointed. This passing reference to “neither circumcision nor uncircumcision” is shorthand for this conflict that inspired the writing of the letter.

Paul argues that the reason neither circumcision nor uncircumcision matter, is because what really counts is the “new creation” (6:15) The history of interpretation has typically read “new creation” as the individual believer, that through faith in Jesus a person becomes new.

While this individualistic reading is certainly possible, Paul’s primary concern throughout this letter is not so much for the individual but for how groups of people can be in right and just relationship with one another within the church.

Beyond that, the new creation stands in this passage in opposition to the cosmos when Paul writes that he has been crucified to the cosmos, and the cosmos to him (6:14). Not only are communal relationships in view, but that of the entire created order.

Paul traces here the movement from life in God’s Creation, to death through Jesus’ crucifixion and the call of believers into this cruciform life, to a new creation. In this new creation, the old ways of relating, that one must become something else to belong, that one must exclude others from table fellowship, fall away. What remains instead in the new creation is a new call into right relationship with the other, a call that extends not only to one’s fellow human beings but beyond to God’s Creation itself.

If no one promoting peace is present, God’s peace will find no place to take hold

Violence ensnares both perpetrators and victims in dehumanizing perspectives

Creation is the grand theater for Israel’s and our praise