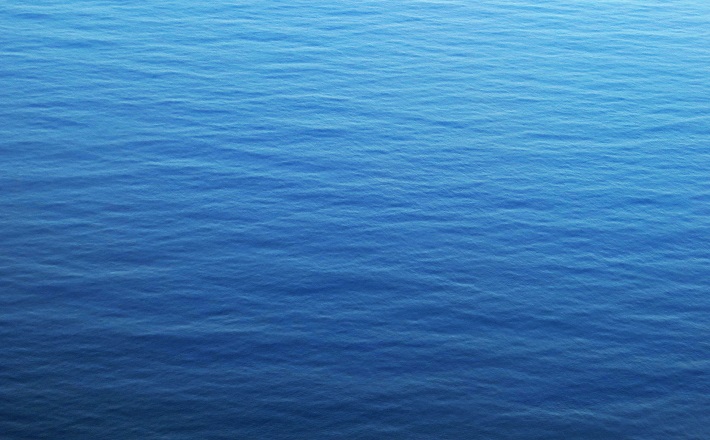 So far, Mark has done little to draw our attention to them. They have followed Jesus around and listened to him. He designated twelve of them to have a particular share in his ministry (Mark 3:14-15), but they won’t really try out their new authority until later (Mark 6:7-13). We know little about the rest of them, but clearly an even greater number of female and male disciples composed his entourage (Mark 4:10; 15:40-41). He has been explaining his teachings to this group privately (Mark 4:11, 34). Yet at this point in the narrative we don’t know what they think about him.

The lake-crossing scenes in Mark serve as opportunities for Jesus’ followers to reveal what they know or don’t know (see also Mark 6:45-52; 8:13-21). In those episodes we also see what their faith looks like or whether they have it at all.

Although Jesus performs an entirely astonishing act, demonstrating his power in the face of forces utterly beyond humanity’s control, all it inspires in his followers is confusion and terror.

A number of details in this brief account attract attention. A sermon can latch onto just a few of them to draw listeners into the drama.

Jesus gives no explanation for his desire to travel across the Sea of Galilee in the evening instead of waiting until morning, which would make for a safer voyage. There is no interruption between the description of his teaching from a boat (beginning in Mark 4:1 and a need anticipated in Mark 3:9) and his subsequent decision to sail and/or row eastward right away. All told, it looks like urgency or some kind of unshakeable determination on his part, for he goes “just as he was,” without any preparations.

A “great” (megas) storm materializes. It threatens to sink the boats. If the disciples who fished for a living think they are bound to perish in the tempest, we should trust their judgment. Nothing indicates they overreact; this is no common storm.

Yet Jesus sleeps on a pillow, declaring a placid confidence (see Mark 4:27; Psalm 4:8; Job 11:18-19).1 When his companions wake him, accusing him of indifference or negligence, they have lost hope; their words reveal that they have already figured out how the story must end.

Jesus doesn’t calm the storm as much as he overpowers it and brings it to heel. When he rebukes (epitimao) the violent wind and demands a still silence (phimoo) from the chaotic waters, it recalls him doing the same when he compelled unclean spirits (see the same verbs in Mark 1:25).

The whole scene transforms instantly. He speaks, and at once there is a “great” (again: megas) calm, although the New Revised Standard Version (NRSV) prefers “dead calm.” There is no magical procedure that Jesus must follow here to defang the ferocity of the so-called natural world, just as there is none when he overwhelms unclean spirits (Mark 1:25; 3:12; 5:8, 13), potentially life-threatening illnesses (Mark 1:31), the damage done to bodies (Mark 1:41; 2:11; 3:5), and death (Mark 5:41). In all those situations he simply speaks or makes contact (or someone makes contact with him, as in Mark 5:27), and things that bring destruction or compound suffering lose their capacity to inflict additional harm.

Repeatedly in Mark Jesus engineers endings that people weren’t expecting. Over and over, he thwarts the outcomes that had appeared to be inescapable.2

Everyone in Jesus’ fleet of little boats probably can recall relevant Jewish traditions. Jesus’ authority over the waters mirrors God’s, according to various passages (including other lections assigned for today: Job 38:4-11; Psalm 107:23-30; see also Psalms 74:13-15; 89:8-9; 104:1-11; Isaiah 51:10; Jeremiah 5:22). The intertextual resonances alone do not necessarily mean that Jesus is God, as if the equation were so simple, but clearly he acts with God’s authority.

It is unclear whether the disciples’ concluding question, “Who then is this?” provides evidence of faulty perceptions, hardness of heart, or unwillingness to accept the awful implications of what Jesus has declared about himself (see Mark 6:51-52; 8:17-18). Coming on the heels of Jesus’ warnings about “those outside” and their inability to grasp the reign of God in their midst (Mark 4:10-12), there is good reason to worry about the disciples. Weren’t they supposed to be insiders?

At this point, they appear not to be. Jesus labels his friends “cowardly” (deilos) and reproaches them for their lack of faith in Mark 4:40. The narrator tells us they are consumed by “great (again: megas) fear.”3 Maybe Jesus’ solution was more terrifying than the storm and the initial prospect of dying at the bottom of the lake.

Other characters in Mark will demonstrate resolute trust (“faith”) in Jesus, even if what they express looks on the surface like desperation, when they are confronted by dangerous realities beyond their control. But sometimes, like here, those realities generate fear instead of commitment.

Mark’s depiction of the disciples and their shortcomings has a way of unsettling readers. If his closest companions, given all the advantages they enjoy from viewing and hearing Jesus up close, cannot put it all together, why should we expect ourselves to fare better? Mark urges us to beware of being too certain that we know what it takes to qualify as an insider in God’s reign.

The rhetoric of Jesus’ mastery over an unruly body of water does not necessarily mean that this scene narrates an exorcism of the natural world. Jesus’ contemporaries did not view every danger as a form of particular demonic mischief. But a god’s battles with the sea and its creatures are something of a staple in Ancient Near Eastern tales, and accordingly this scene from Mark is awash with symbolic potential.

Jesus likes to show up in liminal spaces in Mark — sites of transition or risk. He chooses to go to marginal spaces, away from life’s regular patterns: near a graveyard (Mark 5:2-3), at a deathbed (Mark 5:40), or hoisted atop Golgotha. He situates himself at geographical boundary-lands, like the wilderness (Mark 1:4-9, 35), mountaintops (Mark 3:13; 6:46; 9:2), Tyre (Mark 7:24), and Caesarea Philippi (Mark 8:27). He also goes to sociopolitical borderlands, politically charged locations like a tax collector’s home (Mark 2:14-15) and the land outside of Jerusalem during Passover (Mark 11:11, 19).

The Sea of Galilee was both kinds of places: geographically, it separated the peoples of one shore from those on the other side;4 sociopolitically, it provided sustenance to Galileans and generated resources that Rome could extract from those who depended on it to make a living. It kept populations distanced from each other, and it fed imperial appetites.

Life stands toe-to-toe with death at many of the borders in Mark. Some of the boundaries separate what’s holy from what defiles, and they keep outsiders away from insiders. That’s how dividing lines work: they allow us to keep what’s known on one side, and we banish whatever makes us fearful to the other side of the fence.

Either Jesus declares that those separations don’t work, or that if they do work he intends to tear them down.

In liminal places, Jesus conducts ministry, opens minds to new possibilities, and sets people free to enter into a new future in freedom and wholeness. He meddles with borders, not because he has a penchant for chaos, but because the reign of God extends divine holiness and a commitment to human well-being to places that we might have thought were beyond the limits. To him, no place is desolate. No one is abandoned.

So Jesus banishes harmful spirits, welcomes outsiders and disadvantaged people, restores community, exposes the lies that prop up counterfeit standards of greatness, and defeats death. Nothing will inhibit his desire to do ministry on “the other side.”

In the end, it does not matter what it is that threatens to keep him from crossing the lake. What’s more important is that he will not be deterred.

When Jesus gets to the other side in Mark 5:1 he will not abandon his faithless disciples on the shore. That’s good news. He has more for them to experience as they continue to witness deliverance — and also the fearfulness that his actions provoke — from their front-row seats throughout chapter 5.

As for them, they will keep getting into boats with Jesus. In other words, they continue to follow him, which is what he asked them to do in the first place (Mark 1:16-20; 2:14-15; 3:14). If they are to remain his followers for the long haul, they will need to know all the dimensions that his ministry of deliverance entails. They will also need to learn about the rejection that comes with the territory (compare to Mark 8:31-34).